The clash of a Titan and the Olympians; a seakayaking tale. 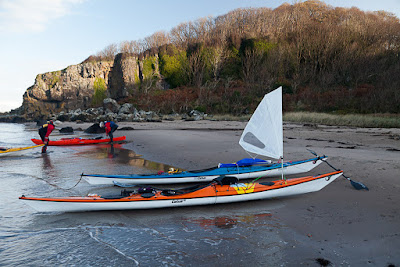 In the shelter of Carrick Bay at the south end of Culzean all was calm but... 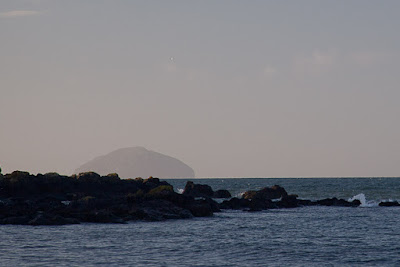 ...beyond the reef a deliciously steady 14 knot cross off  wind was blowing. 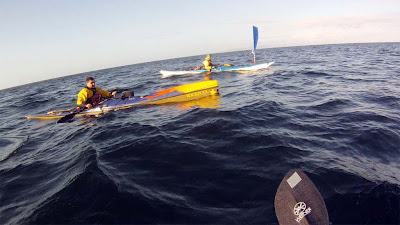 Jim was in his awesomely fast new Rockpool Taran but he was the only one without a sail. Who would have the advantage..? 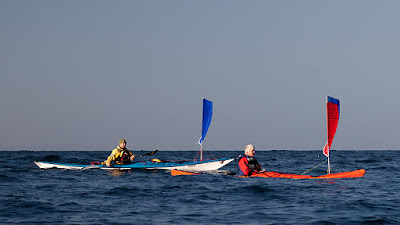 Tony and David were looking confident as the breeze picked up as we left the shore. 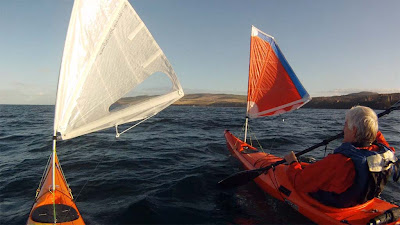 David was trying out my current favourite kayak, the Delphin, but his spray deck wouldn't fit. Was he bothered? Of course not. Back in the 50's and 60's, when David started kayaking, only a few Inuit people and nancy boy westerners used spray decks! But even then, David had a sail on his skin on frame Tyne double. 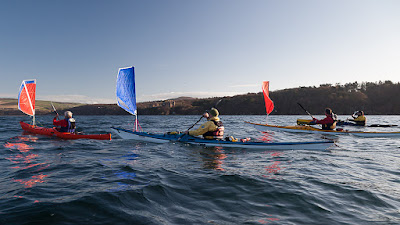 At first Jim in the Taran easily kept up and indeed, when he caught a wave, the Taran would come from behind and rocket ahead. 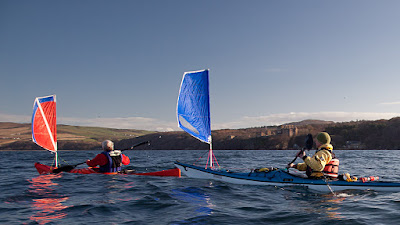 However, by the time we passed the castle (about a third of the way across Culzean Bay)... 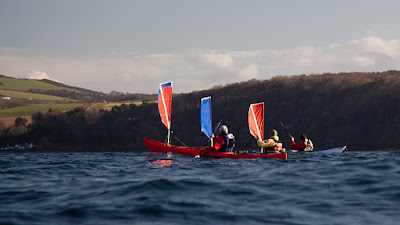 ...David, Tony and Phil started to really fly in the freer wind. Then, as their trio of sails rose and... 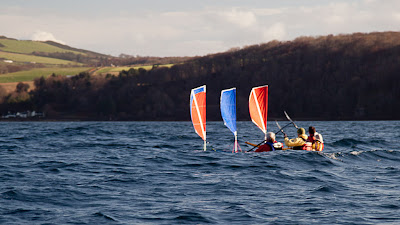 ...fell in the swell, they powered ahead and Jim and I were left in their wakes...
Posted by Douglas Wilcox at 10:35 pm No comments: