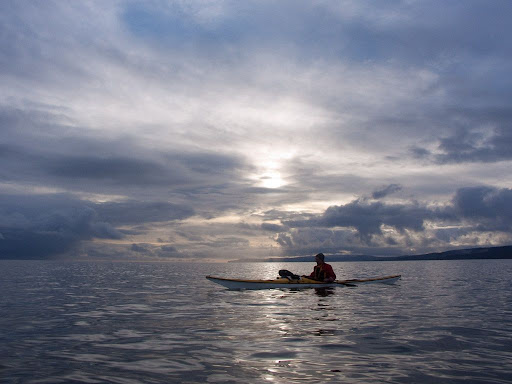 It had started to snow with a northerly wind as we set off across the Kilbrannan Sound on our return to Arran. By the time we were halfway across the snow stopped and the wind dropped. 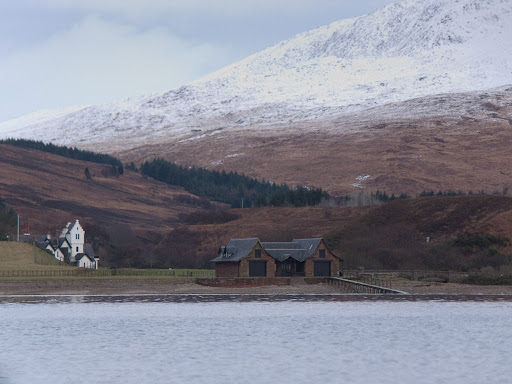 The latter half of our crossing was most pleasant and we were soon approaching the Arran shore. In the Kilbrannan Sound the north going flood starts 5 hrs before HW Dover and the south going ebb starts at HW Dover. HW Dover was at 1324 and we were approaching the shore at 1425. Although the tidal stream atlas shows a max ebb rate of 0.4 knots at springs, there was a much stronger current just offshore. At one hour after HW slack, I measured 1 knot of ebb current, about 250m offshore. Something to bear in mind if you are paddling round the west coast of Arran.

The recently restored boathouse and slipway of Dougarie Estate came into view with Dougarie Lodge behind. The Lodge was built as a summer house in 1865 by the Duke of Hamilton who owned Brodick Castle on the east of Arran. 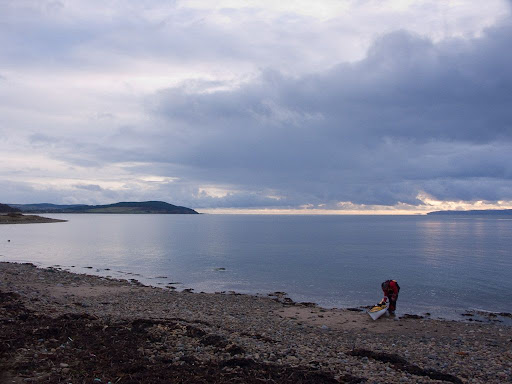 My knee was really bad and Phil gallantly carried both boats up the beach. Thank goodness it was not low water. We made it back to Brodick in plenty of time for the ferry and picked up Alan and his kayak at the terminal. He had enjoyed a great day's paddle round Holy Island and he had even seen two otters. So despite a forgotten dry suit we all had a good day out. 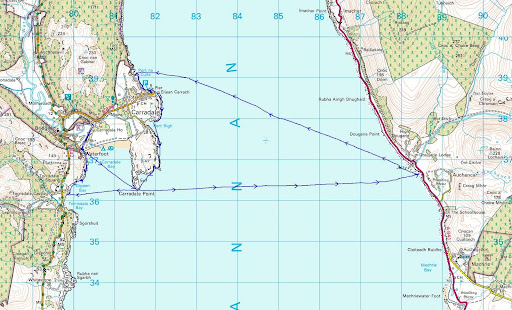 We had covered 25km which we thought rather good for a short winter day, two ferry trips and two snowy drives over a mountain road!
Posted by Douglas Wilcox at 4:38 pm No comments: