Loch Linnhe and the Holy Grail 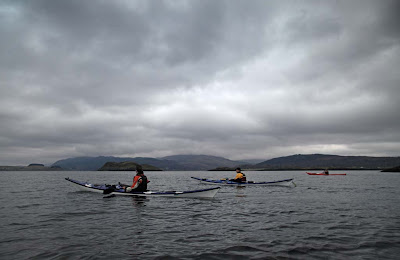 North of Lismore, Loch Linnhe stretches away to the NE. It forms part of the Great Glen fault that bisects the Highlands of Scotland. 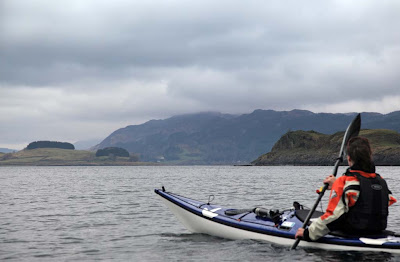 We paddled NE past Eilean nan Caorach on our way to Shuna on which the crumbling remains of Castle Shuna stand at the edge of woods by the shore. 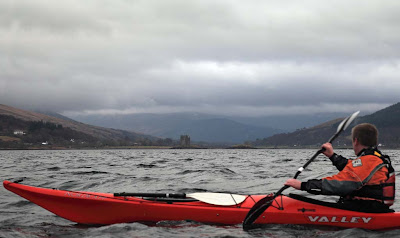 To our east, the much better preserved Castle Stalker stands on a small island at the entrance to Loch Laich. 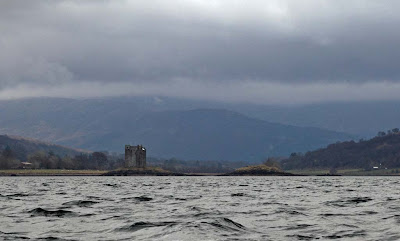 Castle Stalker was built by the Stewarts of Appin in the 1440s. Over the years it changed hands with the Campbells several times on one occasion as a result of a bet. It was restored by a descendant of the Stewarts between 1965 and 1975. It achieved more recent fame as "Castle Aargh" in Monty Python and the Holy Grail. 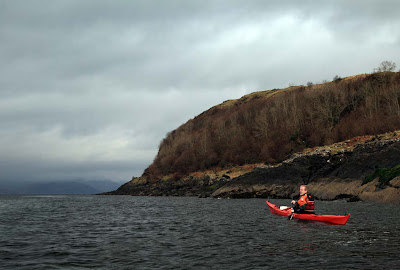 Having visited these castles before, we made our way up the west coast of Shuna. Her lower slopes were hidden by the bare boughs of birch and alder.