What a geo on Oa! 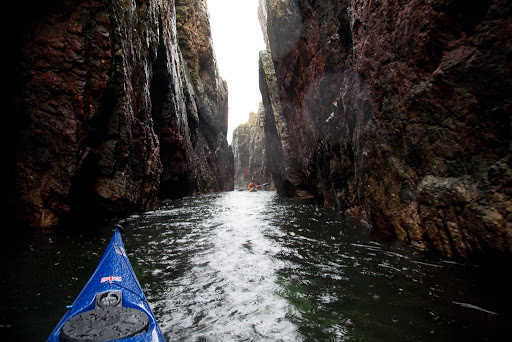 Soldier's Rock was barely out of our minds before we discovered the NW headland of the Oa peninsula on Islay was riven with a series of deep geos culminating in this one. It stretched for 100m, deep into the rocks and culminated in a slight opening with a steep beach behind. A lazy three foot swell was running into the geo and crashing on the steep beach in dumping surf. The repeated low BOOOMPHS reverberated along the narrow channel. We chose not to risk landing in this isolated spot and turned carefully just on the edge of the surf line and made our way back out towards the light and the open sea beyond. The hail had turned to rain but by the time we emerged it had turned to snow carried by a cold wind from the north.

We were now only 2.5km from our end point at Kintra. We had planned to stop for a well deserved second luncheon at the delightful little Port Alsaig but despite being ravenous, we decided to press on in the snowstorm. 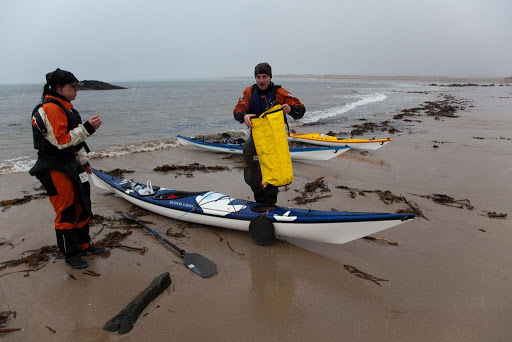 We landed below Kintra farm at the south end of the Big Strand. This beach is the biggest on Islay and its sands stretch away for over 8km along the east shore of Loch Indaal. We were ravenous but there was little shelter in this open place so we ate our sandwiches as the snow fell. Misha had the biggest sandwich bag and ate it all! We recounted the highlights of our day as the snow fell and the light faded. 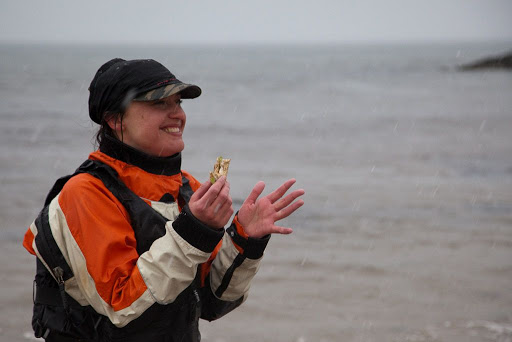 "The dolphins were this close!" 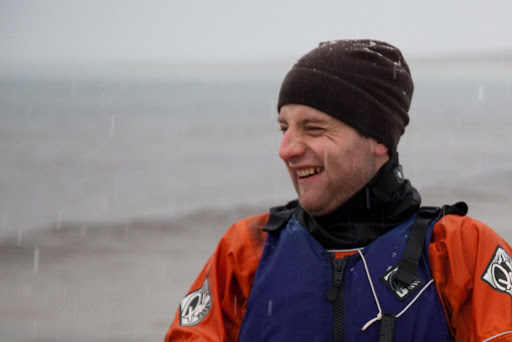 What another great trip... the only fly in the ointment was that my car was 7km away at Port Ellen!
Posted by Douglas Wilcox at 8:56 am 1 comment: