Between a rock and a contrail on Ardlamont.

I got up on the sixth day of our expedition after having slept very little. The pain in my injured shoulder had steadily worsened making sleep all but impossible. To make matters worse I had finished all my painkillers. Our plan  had been to spend a further two days exploring the Kyles of Bute before returning to Ardrossan on the Ayrshire coast. However, I could not face a further miserable night so I explained the situation to the others and we decided to head directly to Ardrossan some 42km distant. We did consider whether to paddle 33km to Brodick on Arran and then get the ferry to Ardrossan  but it would have put my injured shoulder under too much pressure to get the last ferry. 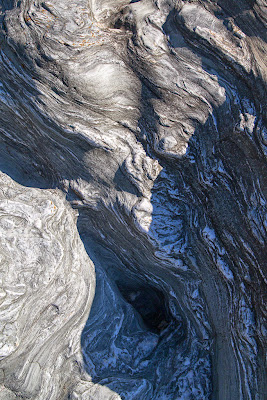 The beaches at Ardlamont point are composed of steeply sloping rock shelves. The rock is 600 million years old and is made of sediments which been subjected to considerable metamorphic changes. The great pressures, folding and heat have produced some beautiful patterns in the rock. 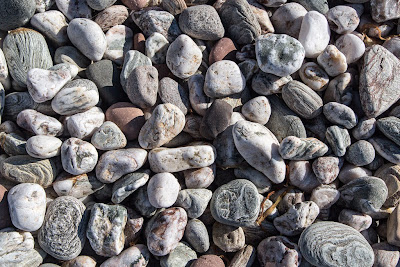 In places the rock shelf is covered by beaches of cobbles. Mostly these are of the same metamorphic rock but there are also some sandstone, quartz and granite cobbles mixed in. 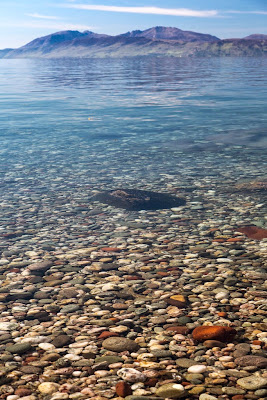 The water looked very inviting for a swim but as my shoulder was so sore I decided not to risk it. Only Jennifer was brave enough to go in as the water in early June was still only 11 degrees Celsius. 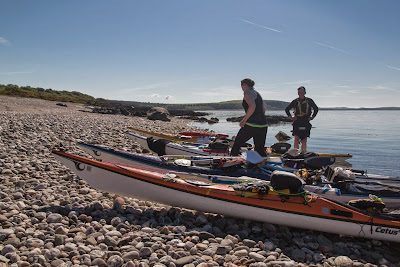 We slowly packed the kayaks as the heat of the day began to build. Thankfully there were far fewer midges than the previous evening. 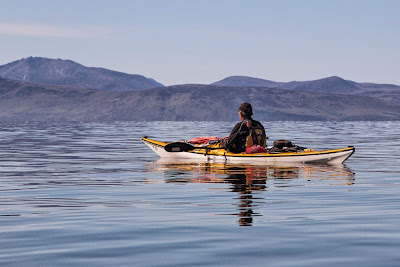 It felt great to be paddling down the Sound of Bute with Arran on one side and... 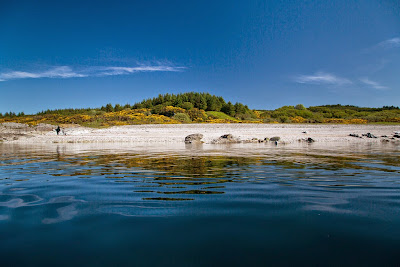 ...the rocky shores and yellow gorse covered banks of Ardlamont on the other. 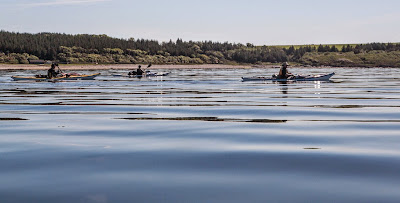 There was absolutely no wind so the sails remained furled on our decks. My friends accommodated my injury by paddling slowly, much more slowly than... 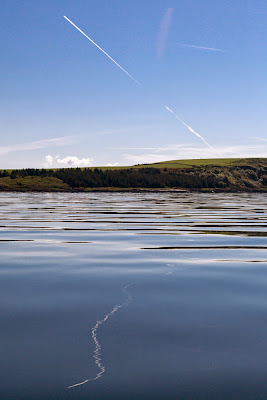 ...the passengers on this Trans-Atlantic jet, which was the only other sign of human activity. Long after the jet had gone, the reflection of its contrail writhed like a snake in the water ahead of us.

Posted by Douglas Wilcox at 1:28 pm No comments: