A missed luncheon after a detour to Kingairloch? 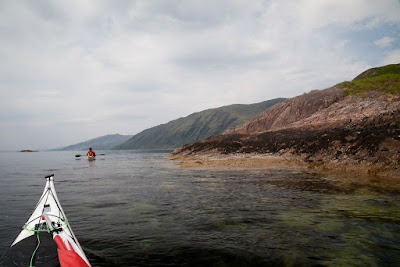 The SE coast of  Morvern is a wonderful place and we took our time savouring it. At first we paddled along a trackless wilderness... 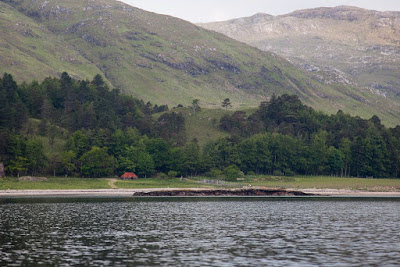 ...until we eventually came across signs of habitation again. 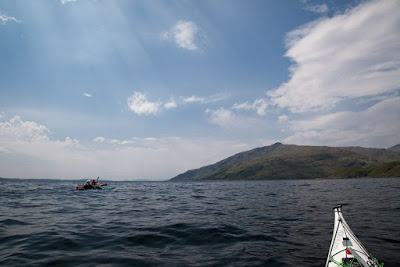 Loch Linnhe stretched away to the SW along an apparently unbroken line of cliffs... 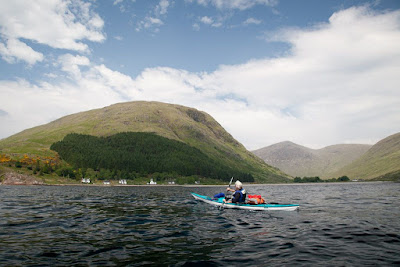 ...but eventually some breaks appeared like here at Camas na Croise. 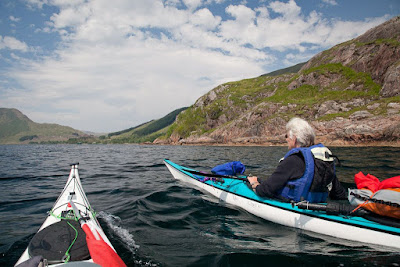 Shortly afterwards we passed a narrow opening, which led into Loch a' Choire. Not being headland to headland types, we decided to enter the loch and explore further, even though it might mean missing luncheon! 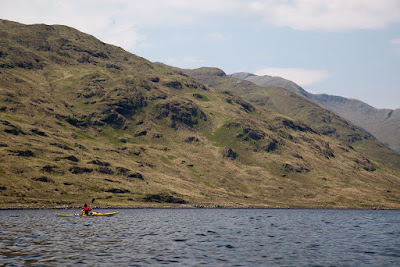 At first the loch appeared to be a barren and inhospitable place... 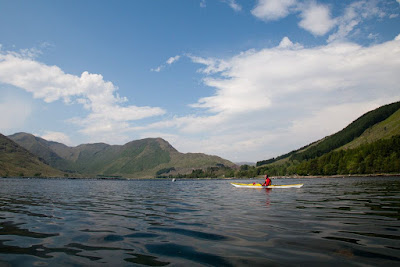 ...but towards the head of the loch, wooded slopes... 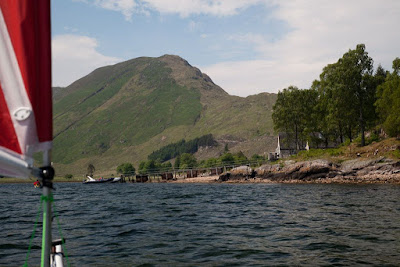 ...and a smattering of buildings, announced our arrival at Kingairloch. 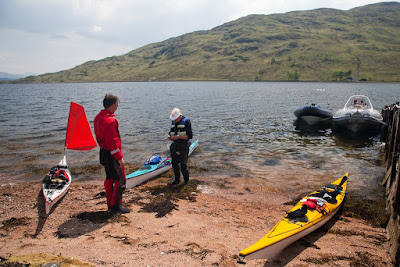 We landed at a little beach beside a jetty. 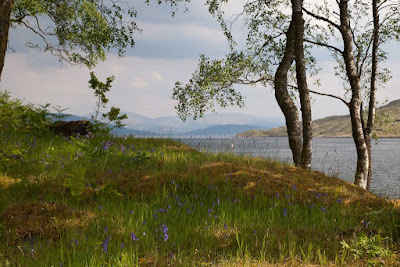 A wooded glade behind the beach looked like the ideal spot for a picnic. Would we have time for an alfresco luncheon in this paradise in Morvern? You will need to follow this link to discover our prandial arrangements in the wilds of Kingairloch.
Posted by Douglas Wilcox at 10:44 pm No comments: