Some thoughts on "No tide in the Clyde" and ferry angles.

To port the mountains of Arran continued to break free from the...

From the south end of Little Cumbrae we set off towards Bute and soon the... 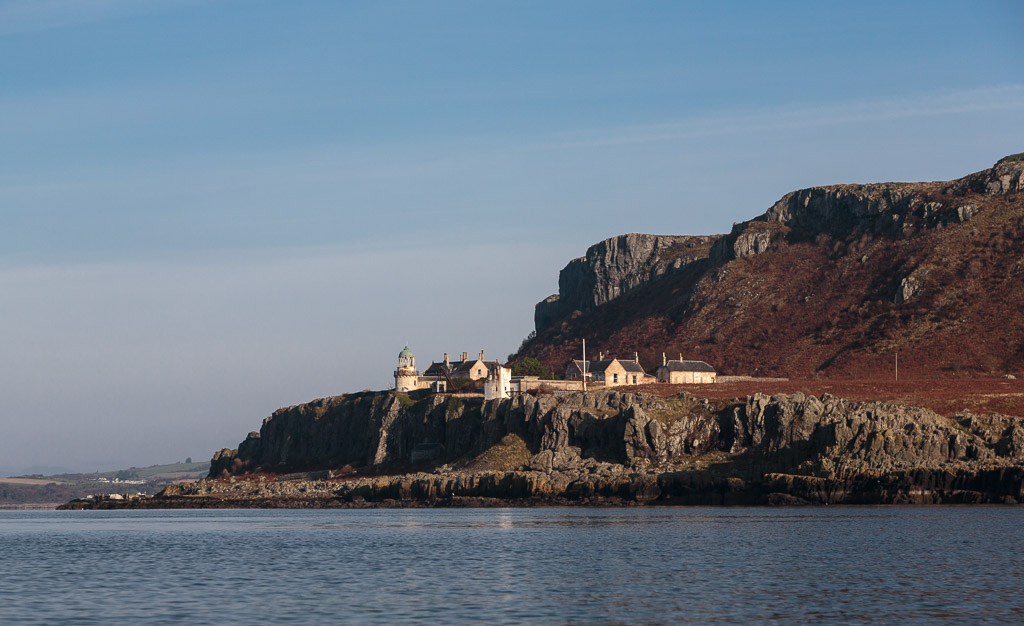 ...lighthouse was receding in our wakes. 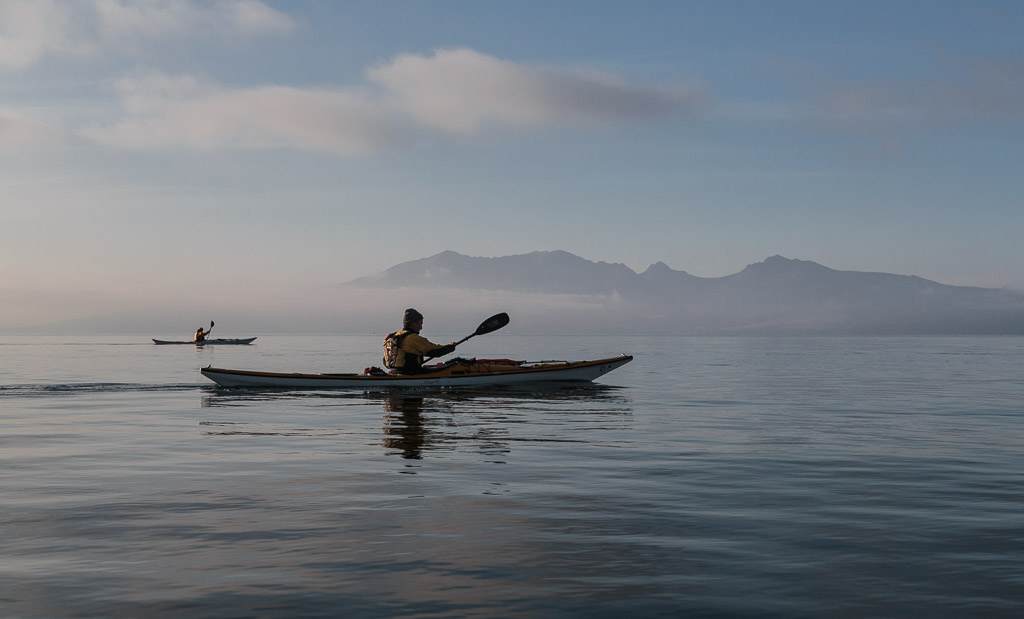 Some say there is "no tide in the Clyde" but the ebb was in full flow and we had to set a high ferry angle on our crossing to the Island of Bute.

It was interesting to compare strategies for the ferry angle and our little flotilla were soon spread widely across the channel. 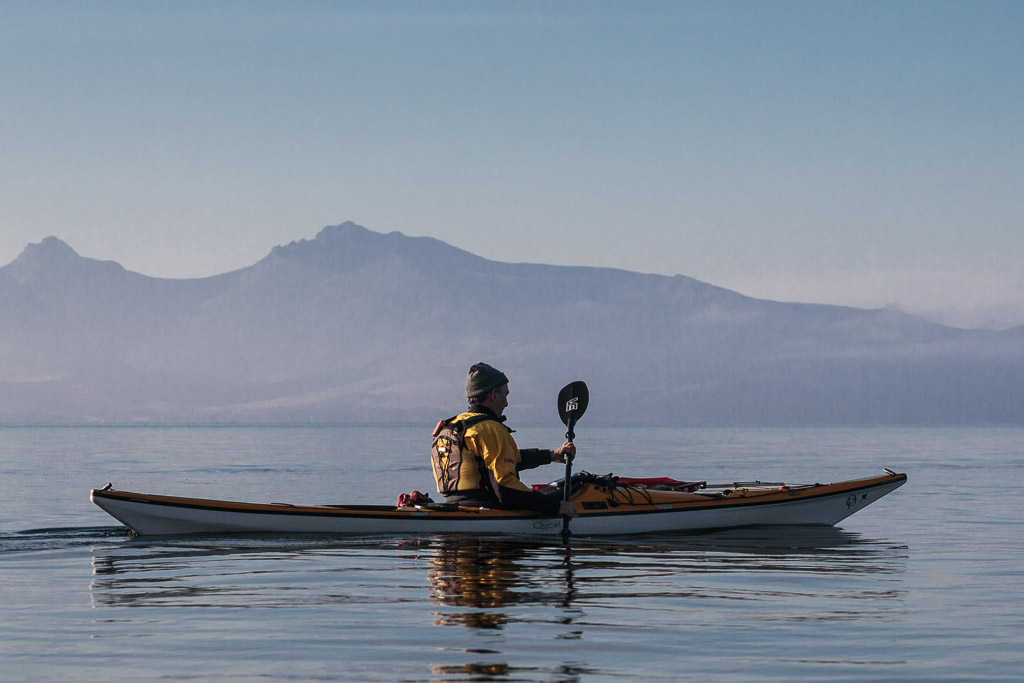 ...last of the fog.There was not a breath of wind and the water was like a millpond but it was moving quickly. It is not always like this. In January 2007... 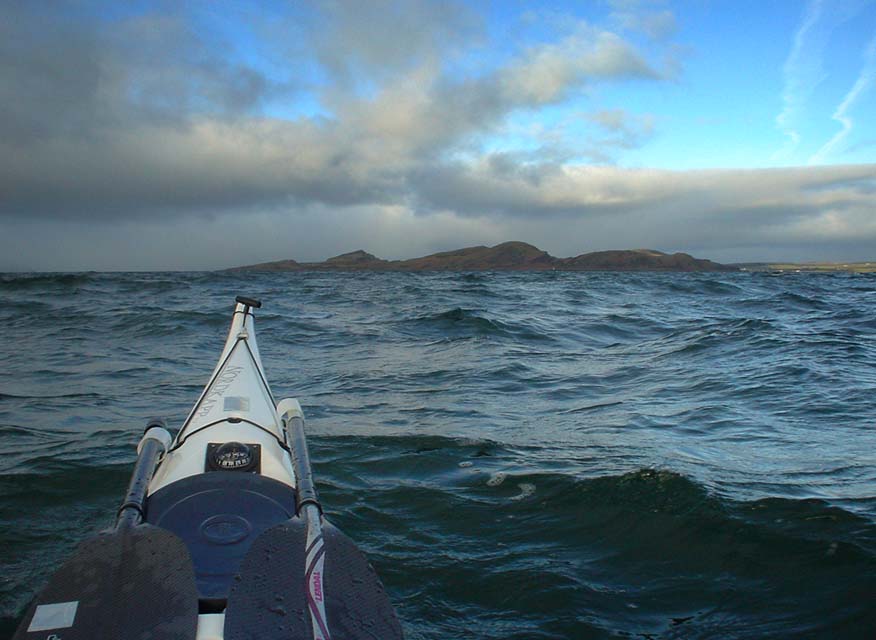 ...Tony and I set off for Bute in a very similar ebb tide but a southerly wind kicked up a very uncomfortable wind against tide sea, especially as we approached Bute. 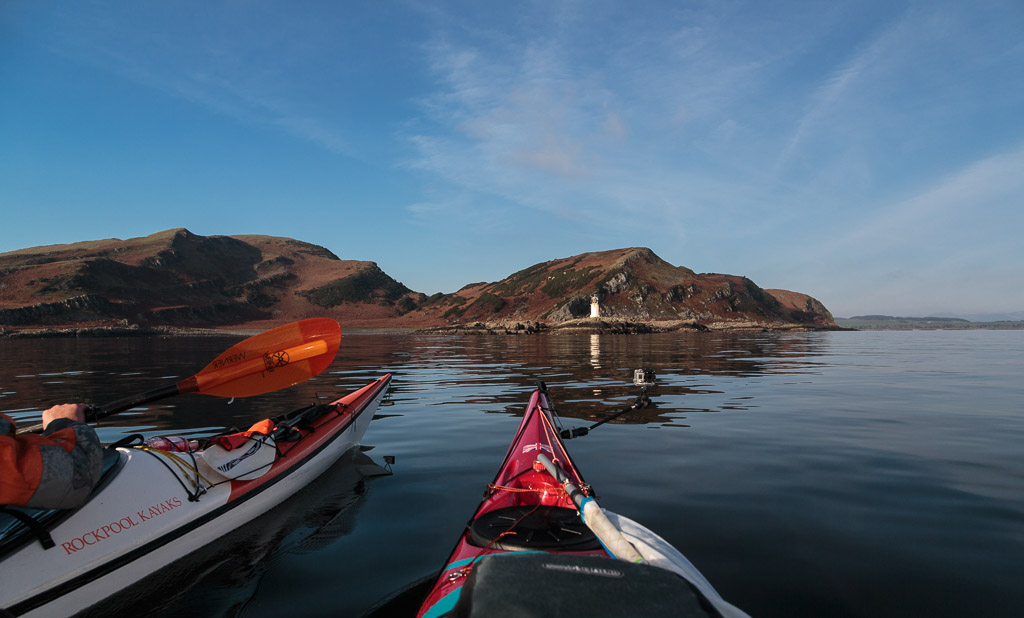 On this occasion, as we approached the lighthouse of Rubh' an Eun at the mouth of Glencallum Bay, the tide speeded up as we entered the approach to the Garroch Head tide race but our tactic of keeping a high ferry angle paid off and we slipped into the bay with little difficulty. As we enjoyed a second luncheon in Glencallum Bay on Bute, we reflected on the various strategies on the crossing. initially  an eddy carried us north up the west coast of Wee Cumbrae but as soon as we set off for Bute we were carried downstream to the SW by the main ebb tide. It was a a little while before we got a grip of the ferry angle but we managed to avoid the strongest current which develops to the south of Glencallum Bay. It was a neap tide and the last hour of the ebb and normally you would not expect much tide but the preceding 10 days had been particularly wet and the Firth of Clyde has a catchment area that extends deep into the mountains. Indeed the ebb was still flowing briskly some two hours into the predicted flood! As an aside, if this had been a spring ebb tide I would have used the eddy round the south end of the Little Cumbrae to carry me right up to the west point of Little Cumbrae before setting off for Bute.
Posted by Douglas Wilcox at 9:07 pm No comments: