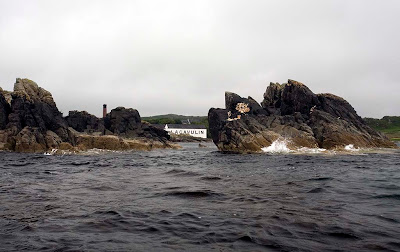 Leaving Port Ellen and heading east along the south coast of Islay we came across a break in the reefs guarding a large bay. 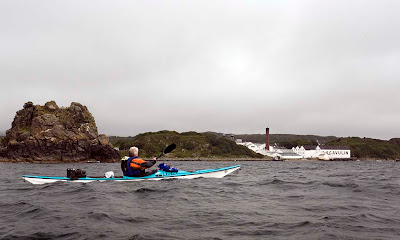 Being highly skilled sea kayakers we were able to use all our powers of navigation to deduce that we were now in Lagavulin Bay. 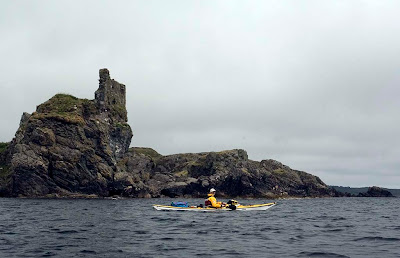 In the thirteen century the bay was the anchorage for a fleet of armed birlins. They were the navy of the Lords of the Isles who were descended from Somerled, who had wrested the Hebrides from the Vikings. 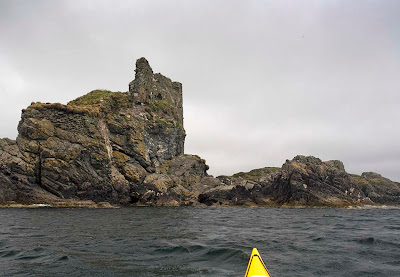 Today the 16th century ruins of Dunyvaig Castle teeter on the edge of a rock stack which guards Lagavulin Bay. Some of the castle dates back to the thirteenth century and its stones have been there so long that it appears to grow out of the rock. In places it is difficult to say whether the structure is the hand of man or the hand of God. 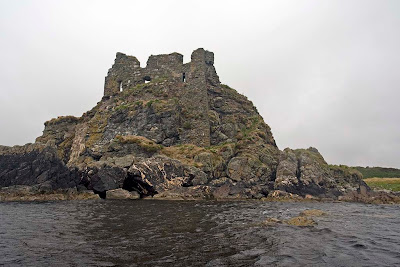 The castle changed hands many times in a turbulent history and in the 17th century one of its last MacDonald owners was hanged from the walls after a siege. Some say it is haunted by troubled spirits from its bloody past. We chose not to camp there but the only spirit we found was a heady vapour making its way over the sea from a plain white building at the back of Lagavulin Bay.