A hot drink at Lenihuline on the West Kyle of Bute..

I had not been well for seven weeks and had missed the sea. A plan was hatched for a short trip in the shelter of the West Kyle of Bute. We arrived at the broad expanse of Ettrick Bay, where the forecast SE F4-5 wind had already picked up. We had left our cars at Rhubodach at the north end of the Kyles of Bute so we were all set to enjoy a downwind blast. 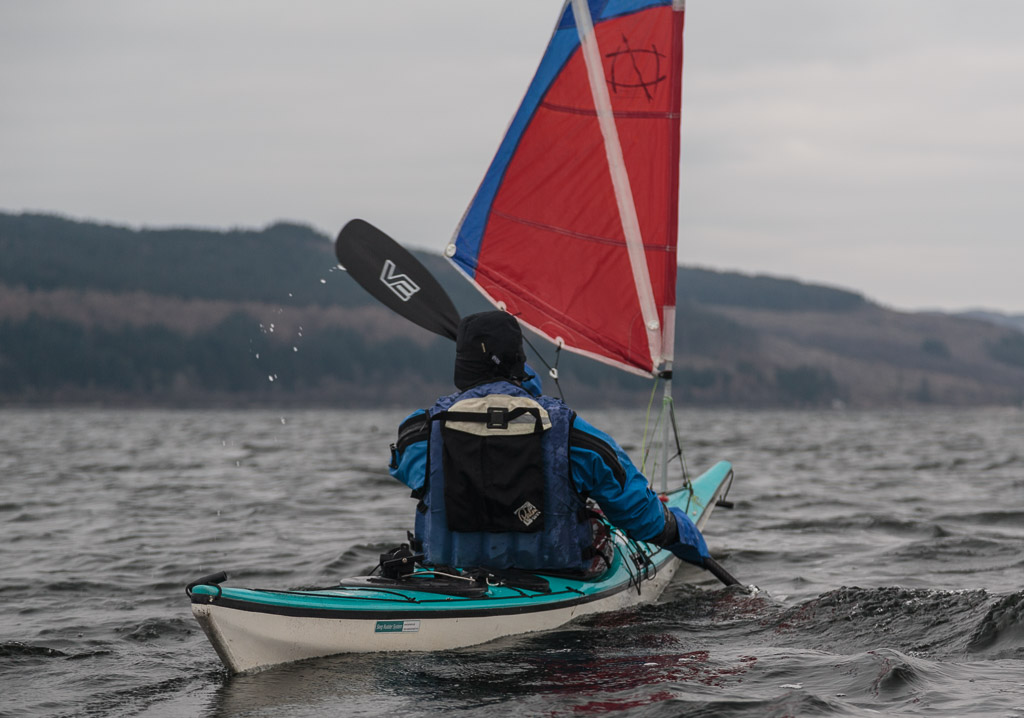 Out little party consisted of David,... 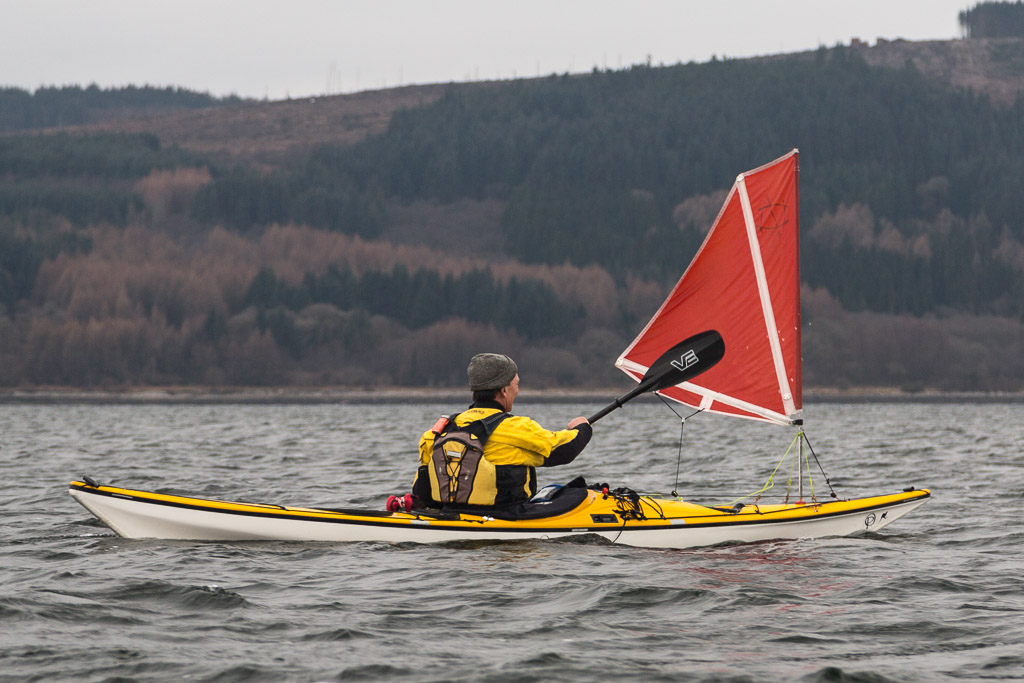 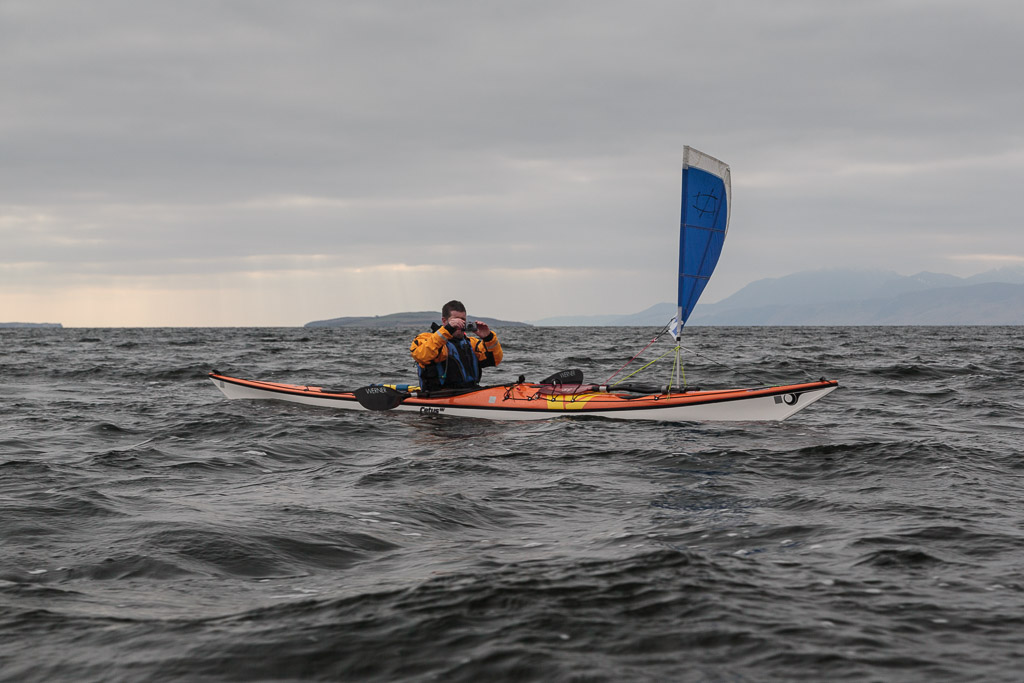 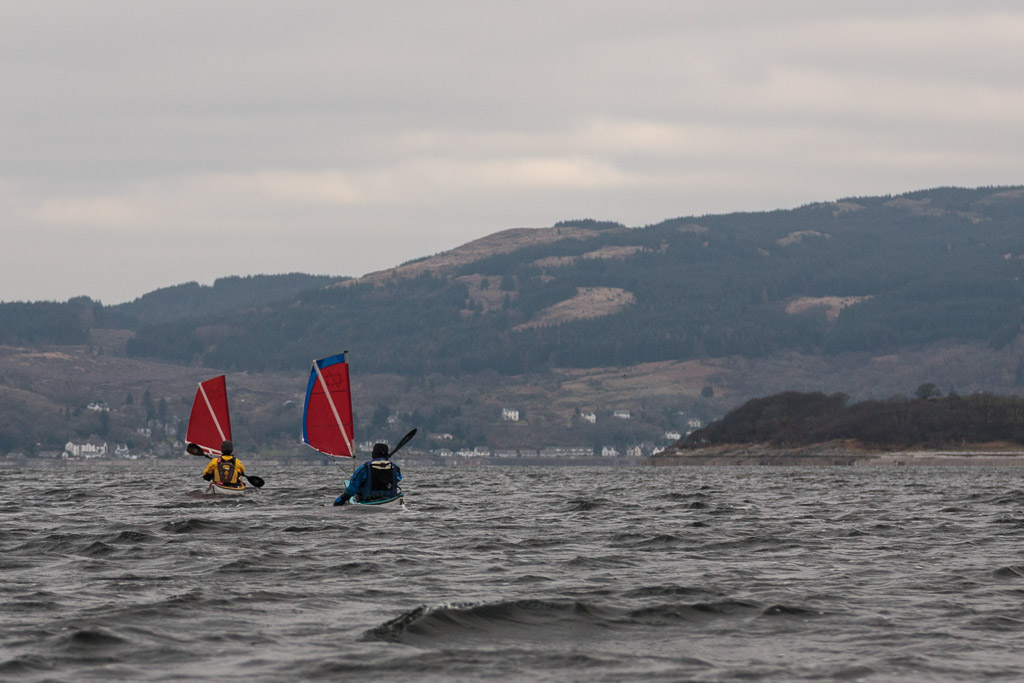 We made rapid progress and soon had Kames on the Cowal mainland in sight. 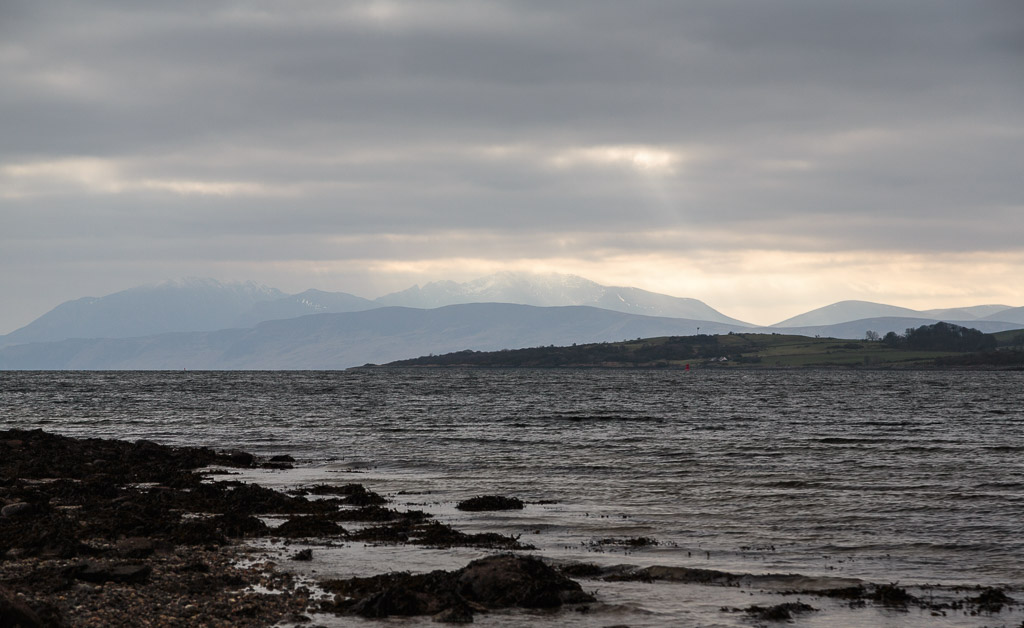 We stopped on the shore below the South Wood of Lenihuline to adjust Ian's seat. This was not an official luncheon stop but David whipped out his flask... 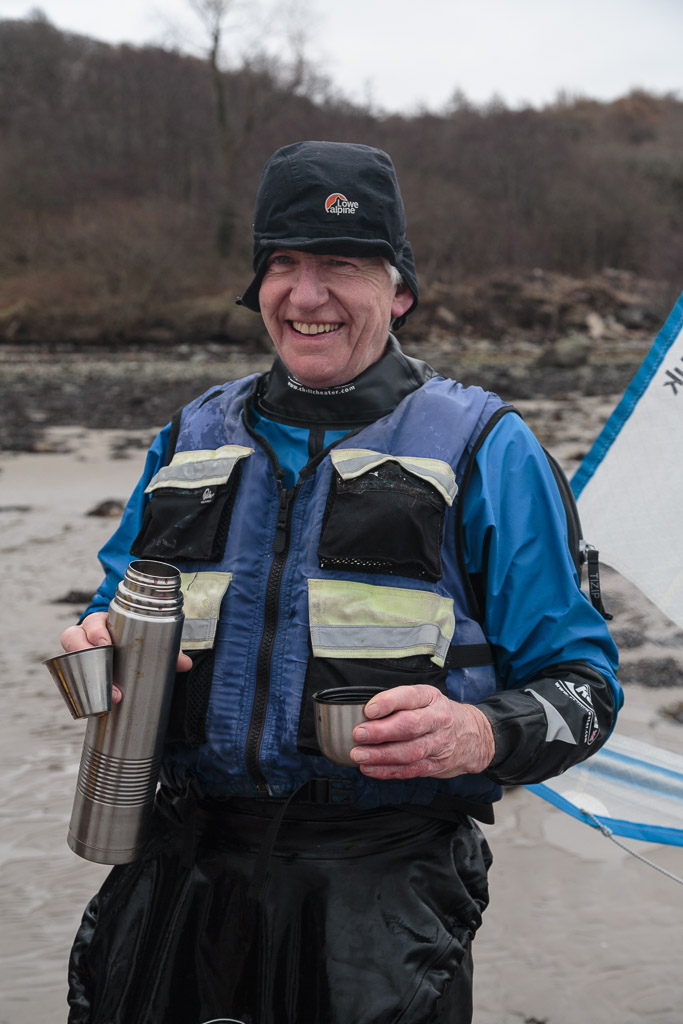 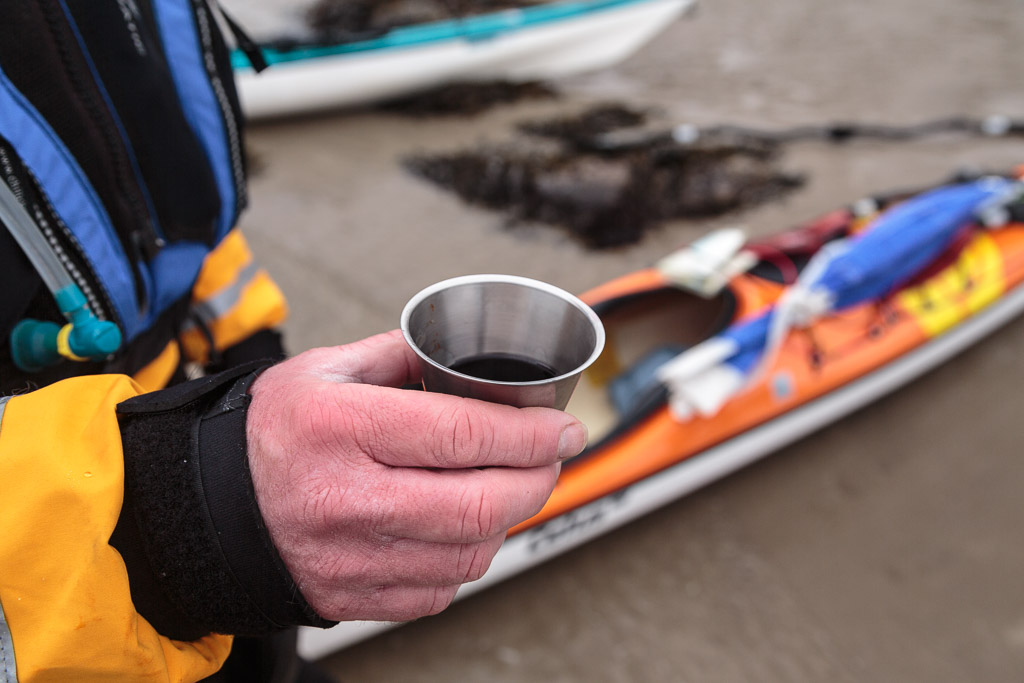 ...it turned out to be hot mulled wine and despite the early hour,... 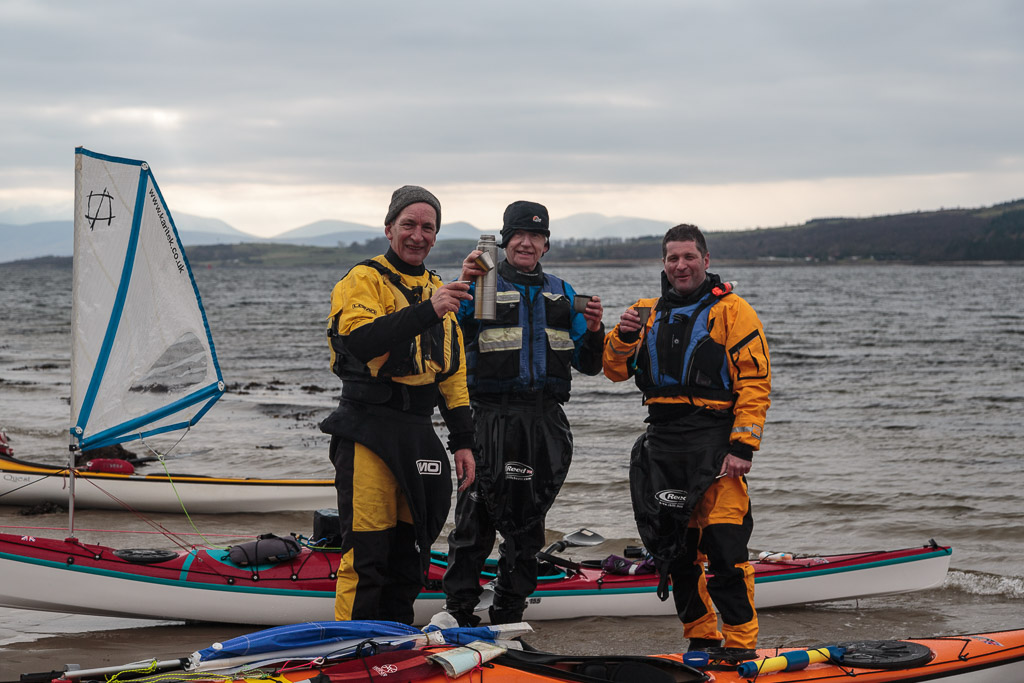 ...who among us could refuse such a welcome liquid libation of warming liquor on the shore of Lenihuline?
Posted by Douglas Wilcox at 9:43 pm 4 comments: