Better days, the birth of a new community on Eigg. 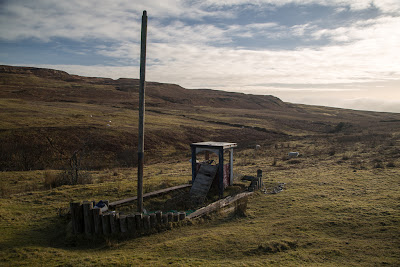 When Ian and I crested the summit of the "trans Eigg highway", we came across this old play boat for local school children. It was well and truly high and dry! The Old Shop is now a museum so the free entry sign is not out of place. 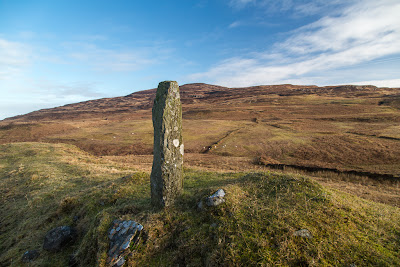 Just past the Old Shop we came to an even older standing stone on the way to... 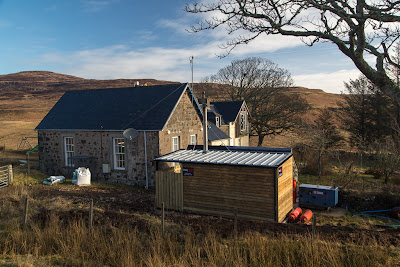 ...the school building which currently houses 10 pupils. The school boasts a HebNet dish and a recently installed biomass heating system. It burns logs grown on the island and new trees are planted to replace those cut down. 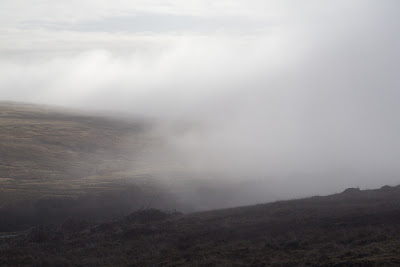 As we continued our descent we became surrounded by fog... 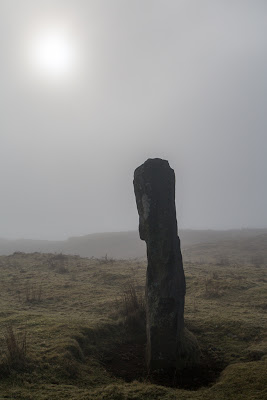 ...which made the surroundings of this larger standing stone... 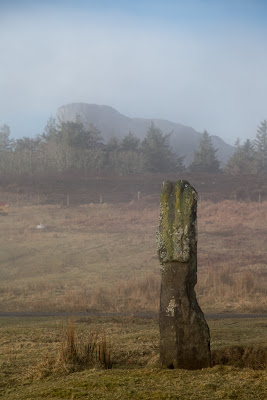 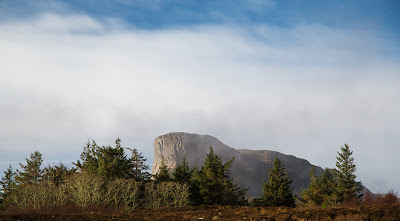 Above the moor on which the standing stone stands the Sgurr of Eigg rises sheer. 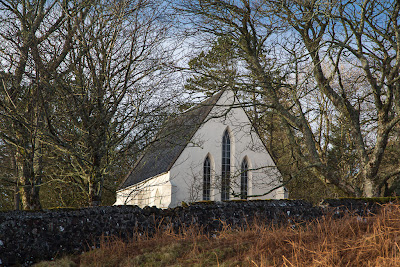 Next we came to the lovely, well maintained Eigg Parish church. 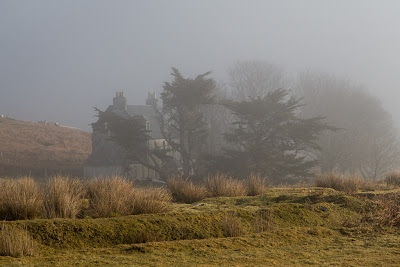 Nearby the old manse was showing sad signs of neglect. 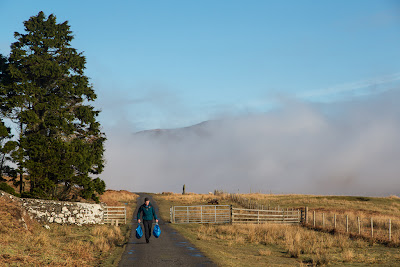 The mist lifted for a short while giving  some more... 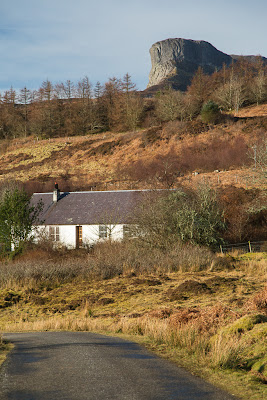 ...great views to the Sgurr of Eigg which is only 39m high but is one of the most... 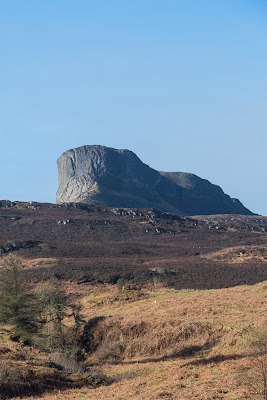 ...dramatic and distinctive blades of rock on the west coast of Scotland. It is composed of volcanic pitchstone which sits on ancient sedimentary rocks. 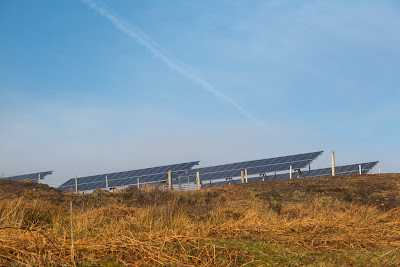 Descending towards Galmisdale we passed this array of solar panels which form part of Eigg's electricity grid   together with hydro power and wind power generators. The grid was opened in 2008 and now supplies all the homes with 24hr electricity. Prior to that islanders depended on noisy diesel generators. 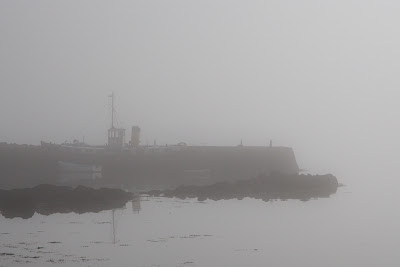 The mist thickened as we approached the old pier at Galmisdale. An elderly steam yacht lay tied up against the jetty. Perhaps like the wooden play boat she too has seen better days. 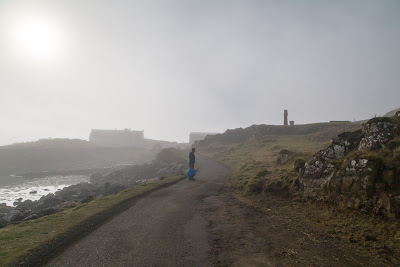 Ian and I were nearly back at the shop and cafe, at the head of the old slipway, where we had left our kayaks. Another stone stands above the bay but this is not ancient. Eigg has recently emerged from the cloud of unsympathertic private ownership. This stone was erected  on 12th June 1997 to commemorate the purchase of Eigg by the Isle of Eigg Heritage Trust. Eigg is now owned by the community which lives there and this may partly explain why the island seems to be a thriving community, in stark contrast to what is happening on nearby Canna. Ian and I arrived at Galmisdale with the feeling the island of Eigg, with its ancient and recent history, is now certainly enjoying better days.

Posted by Douglas Wilcox at 11:47 am No comments: