After the Luing cattle moved on, the sun broke through and we had the little beach on Oronsay to ourselves. Behind the dunes, the higher ground of Beinn Eibhne on nearby Colonsay was still in the shade. 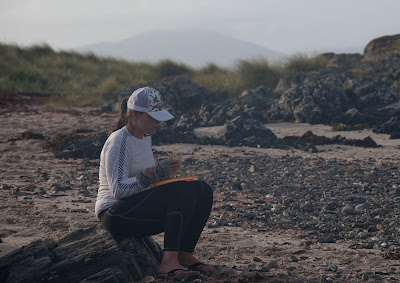 It was now time for first breakfast.

The staff, here at Seakayakphoto.com, are often asked what sustains us on our long and prodigious voyages amongst the far flung isles of the Hebrides. Obviously Guinness and malt whisky form an important part of our rations but our staple is the Seakayakphoto.com First Breakfast ®. 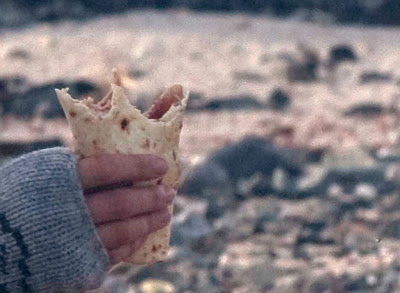 For this tasty little morsel you will need:

Fry the bacon, tomatoes and potato scone in a little olive oil. Once cooked, transfer to a plate and put the tortilla wrap in the bottom of the frying pan, then place the bacon, tomatoes and potato scone in the middle of the wrap. Top with the slice of Gruyere cheese and heat gently, gradually fold the edges of the wrap over to close over the melting cheese. Flip it over and continue heating for a moment. This will leave the pan remarkably clean. Now eat! 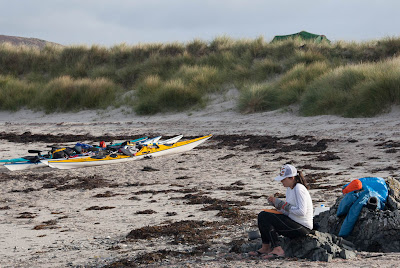 Although I am no expert on nutrition or calories, I do know that the Seakayakphoto.com First Breakfast ® has enough goodness in it to keep even a Hobbit going, at least till second breakfast*.