Have you ever heard of Knockienausk Head? 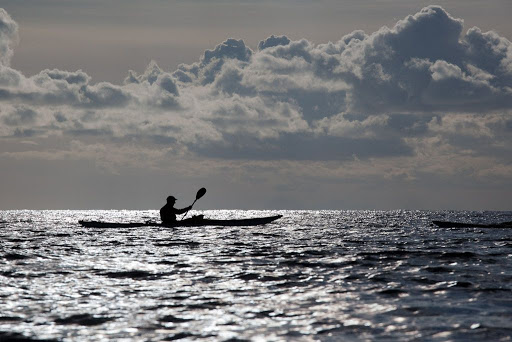 The tide built up as the afternoon wore on... 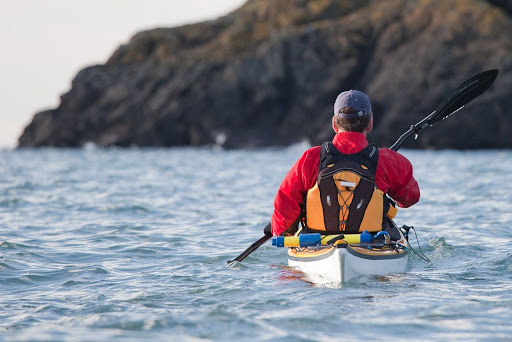 ...and we sped past Money Head. 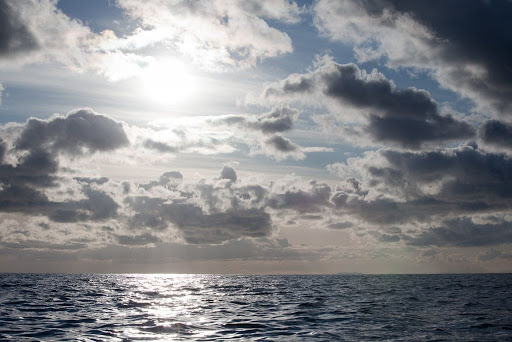 To the west we could just make out the coast of Northern Ireland and to the east... 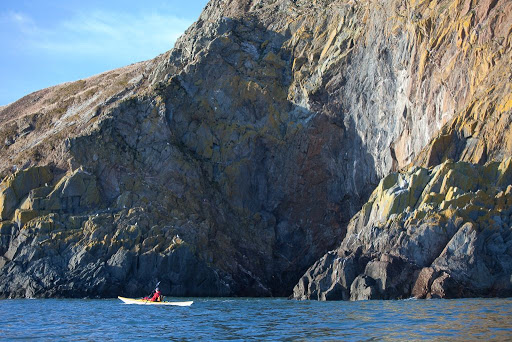 ...we passed under the cliffs of Gull Rigging and indeed there were a few gulls getting ready to nest on its ledges. 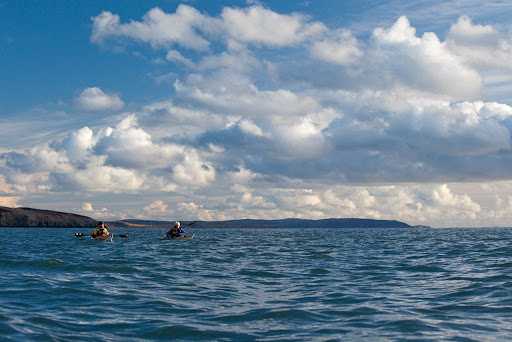 From Knockienausk Head we looked back to headland after headland on the Rhins of Galloway coast. Thanks to tidal assistance, we had rounded quite a few of them on two occasions today! 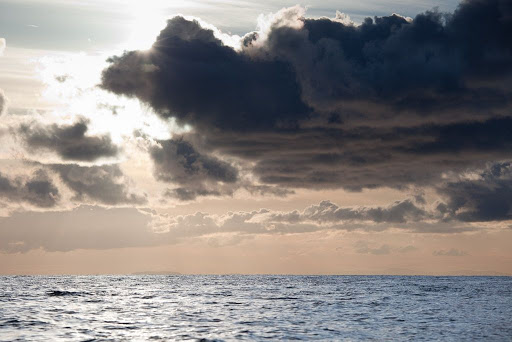 The sun began to sink rapidly to the horizon above the distant hills surrounding Belfast Lough and we were nearly back in Portpatrick. We had so enjoyed paddling this remote coastline with so many strange names.
Posted by Douglas Wilcox at 10:14 am 4 comments: