Lowlandman's Bay and the "Light Houses". 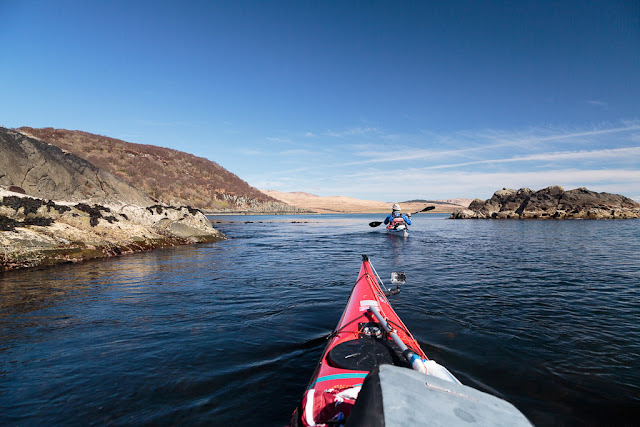 As we paddled NE up the east coast of Jura we came to the narrow entrance of  a deep inlet called... 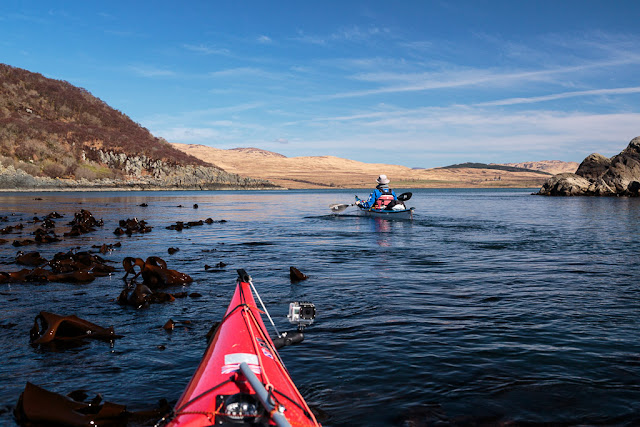 ...Lowlandman's Bay. It was clearly way past our first luncheon time so we landed... 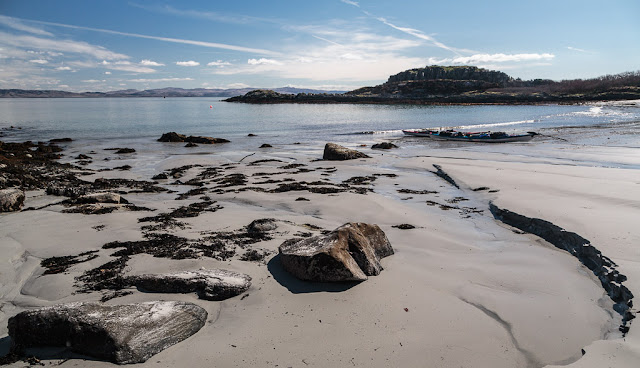 ...at this delightful beach at its southern entrance. The rocky mound on the promontory to the east of the beach was the site of an ancient hill fort or dun and it is still called An Dunan. 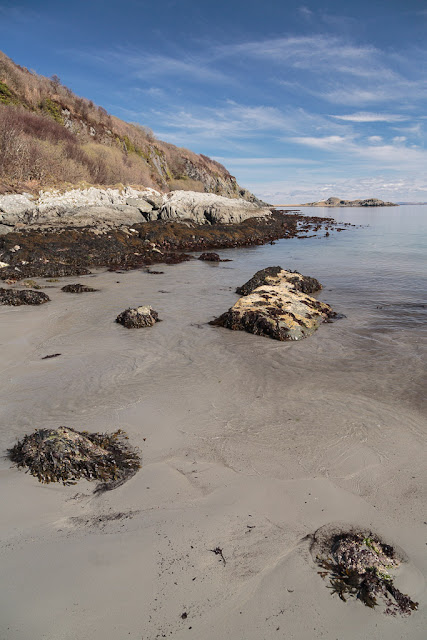 We spotted an enticing looking building with a wonderful situation on the north side of the entrance to Lowlandman's Bay. 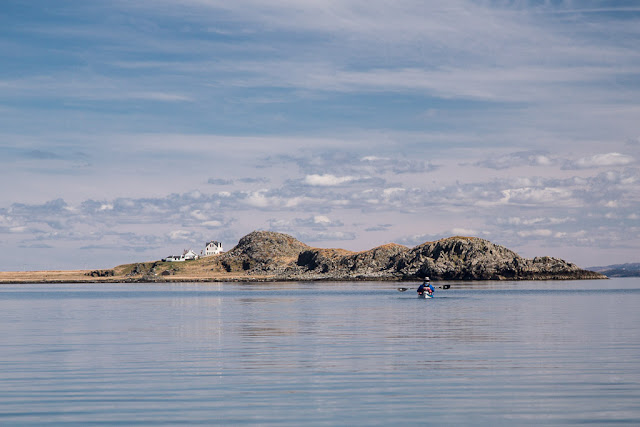 After luncheon we paddled across for a closer look. 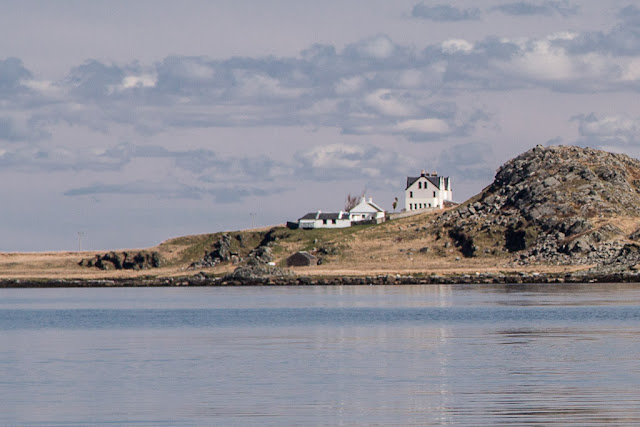 It is not some fancy hotel, it is actually the "Light Houses" which were built for the families of the lighthouse men who manned Skervuile lighthouse in the middle of the Sound of Jura. When first built, there was no road to connect the Light Houses to the other communities on Jura. The only way in was by boat but it was no easy journey. During a storm in November 1881 the light house boat sank at her mooring in Lowlandman's Bay. 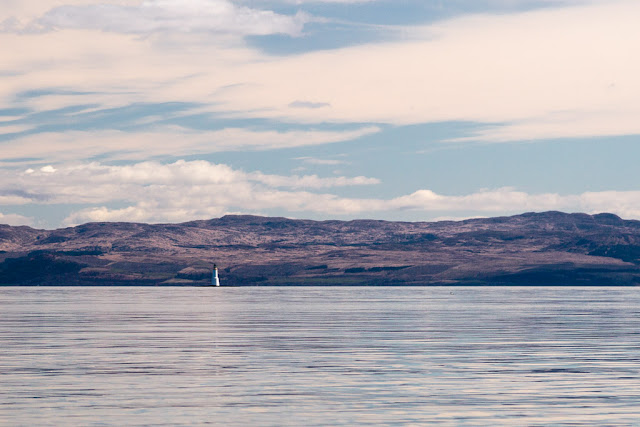 Skervuile lighthouse lies only 3.3 km off the coast of Jura but strong tides and winds in the Sound of Jura meant relieving and supplying the keepers was not easy. Skervuile was built by David and Thomas Stevenson, in 1860 but due to a commissioning disagreement was not lit until 5 years later. In 1945 it was automated and the keepers' families left the Light Houses for the last time.
Posted by Douglas Wilcox at 8:46 pm No comments: