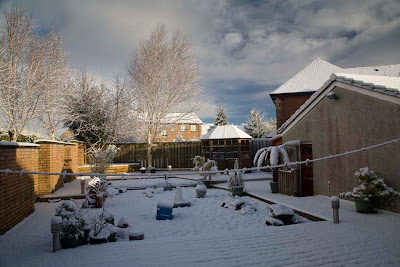 The Scottish mainland lies between 54 degrees and 58 degrees north and Shetland extends to 60 degrees north. By rights we should be frozen solid in winter but we have a temperate maritime climate thanks to the Gulf stream. This means that it is usually windy, wet and mild year round, with little differentiation between the seasons. This also means we can sea kayak year round, on the fair days.

Several regular readers of this blog, who reside furth of Scotland, may think we Scots live in a sea kayaking paradise and yes I think we do. However, it is not all light winds and sunshine. This was Glasgow this morning. Despite appearances I have only managed two days paddling in January and a further two in February.

But what a fantastic set of four days they were!!