A saltire of colour on the slopes of Ailsa. 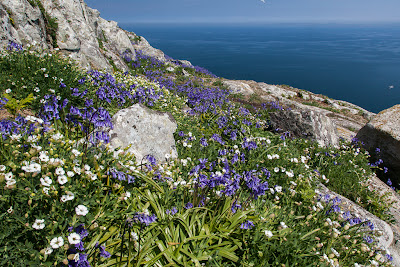 The upper slopes of Ailsa Craig were covered with a profusion of bluebells and sea campion. 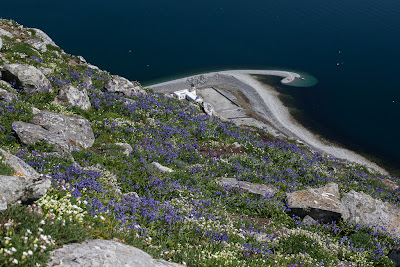 The dazzling display of blue and white matched the colours of the Saltire, the Scottish flag. 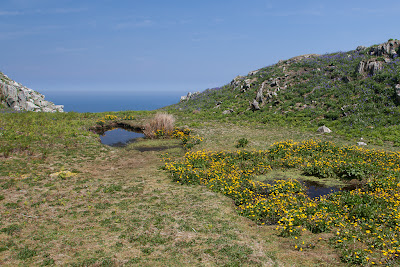 Continuing upwards we came to the source of the castle well. Traditionally, it is called the Garry Loch (though the OS map calls it Garra Loch). It had nearly dried out and was surrounded by a profusion of marsh marigold flowers. 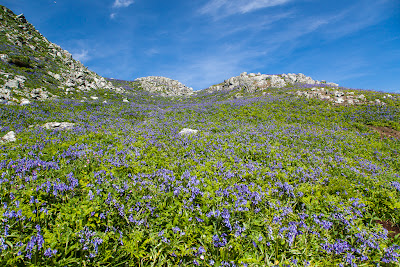 Above the Garry Loch we came to a bluebell covered slope that I found one of the toughest on the ascent. The bluebells hid a maze of rabbit burrows, many of which had collapsed. My walking poles not only provided stability they were excellent probes. 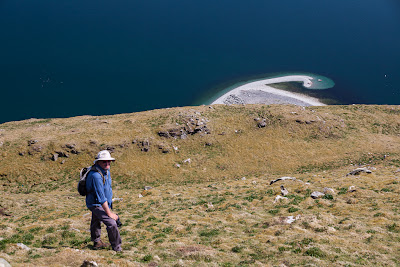 As we perspired our way upwards we emerged onto the upper slopes which were covered with short grass. There were many rabbits which hopped away as we approached. My brother Donald and I had started our mountaineering days together in the 1970's so I was very pleased to accompany him on this return to a small hill after a break of 8 years.

As we ascended the sea fog began to lift revealing a clear view of the south end of Arran and its mountains beyond. 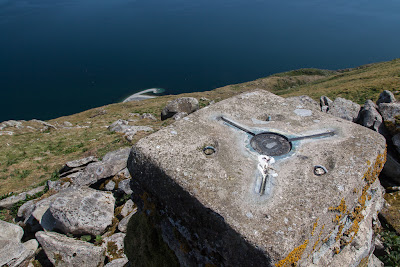 Then at last, the trig point on the summit! I literally clutched it for support and... 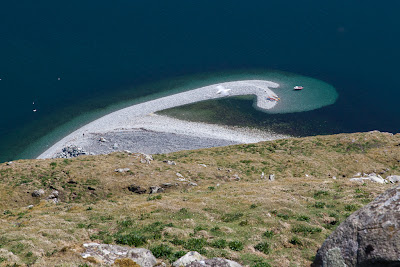 ...caught my breath enjoying the view of our landing spit some 340m below. 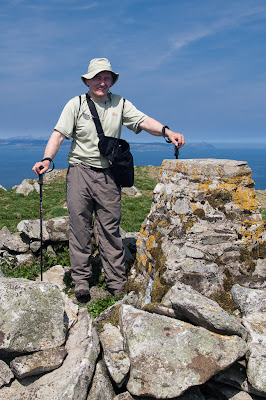 I felt elated at being on the summit.  Although I might not look too happy in the photo, that was because my right knee was by now rather sore. Donald's photo shows me standing with my weight over my "good" leg. I really must try to  improve my posture.

Now we just had to get back down!
Posted by Douglas Wilcox at 8:40 am 2 comments: