Heads down into the wind on the Kilbrannan Sound. 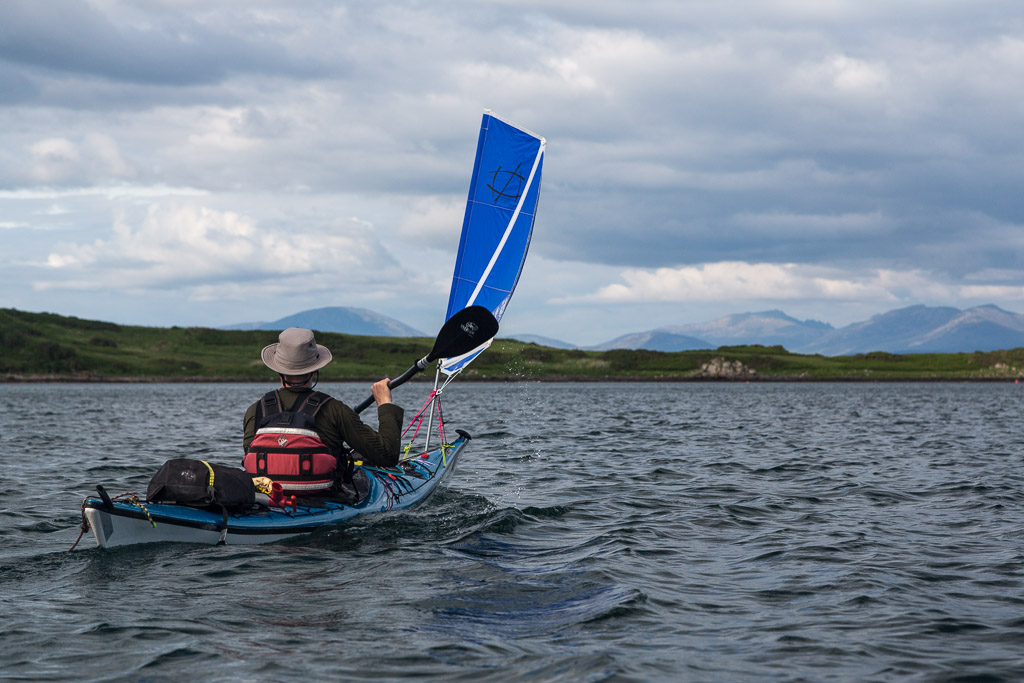 Once Tony and I left Campbeltown Loch and turned our bows north towards the Kilbrannan Sound we found that the wind became increasingly a head wind. We paddle sailed close hauled for some time but... 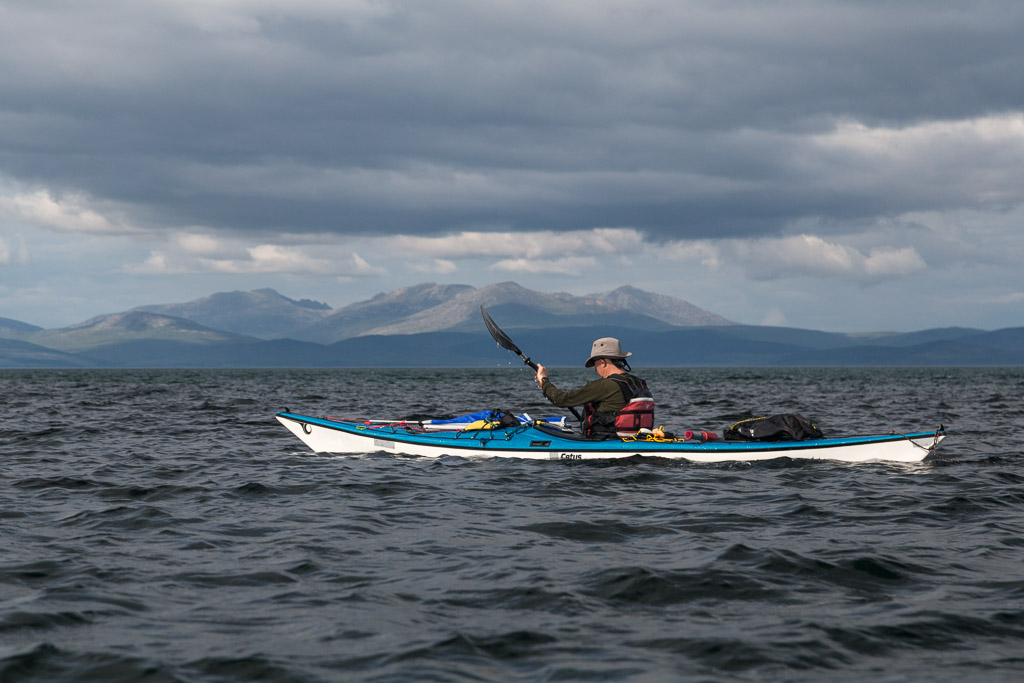 ...it soon came round to hit us right on the nose and we had to drop sails and get our heads down for... 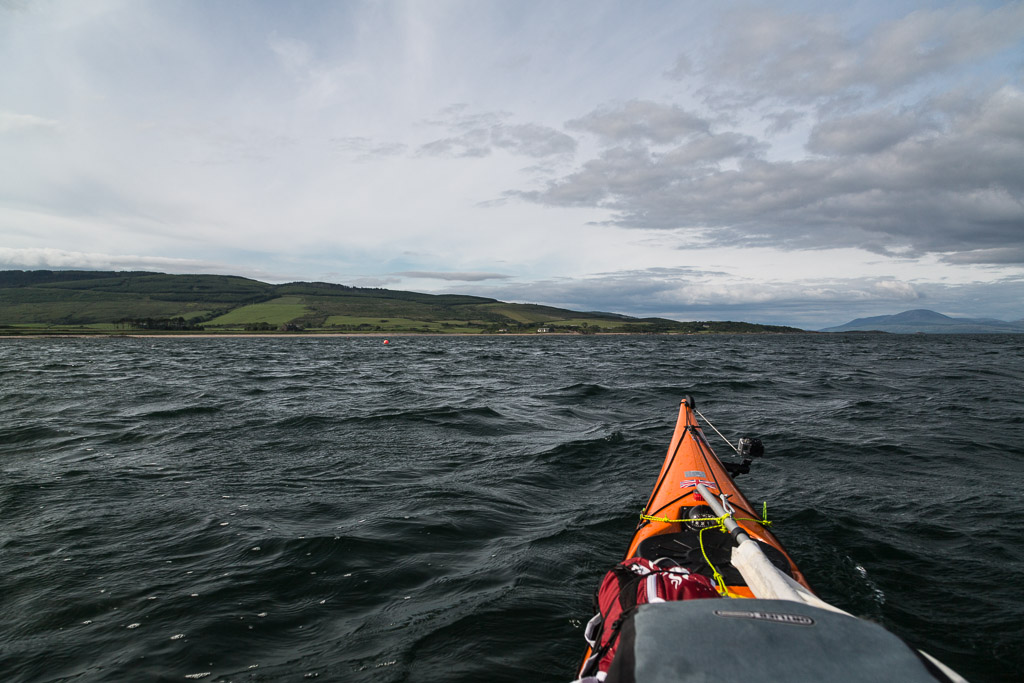 ...a stiff paddle into the wind. 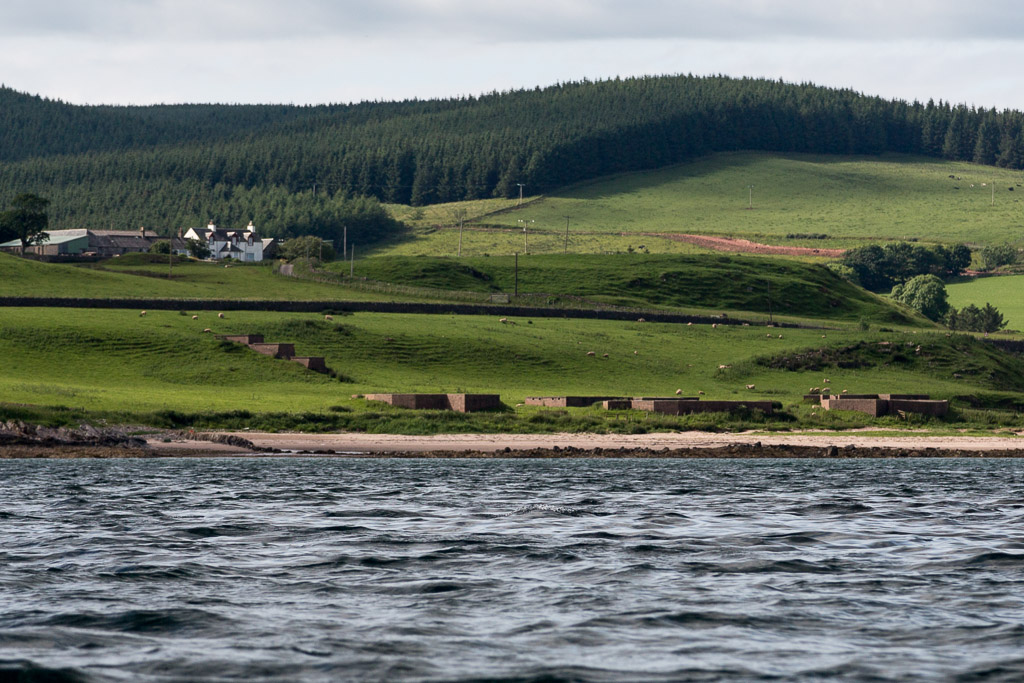 At Ballymenach we passed the remains of a WW2 antiaircraft gun emplacement that defended Campbeltown Loch and Machrihanish Air Base. 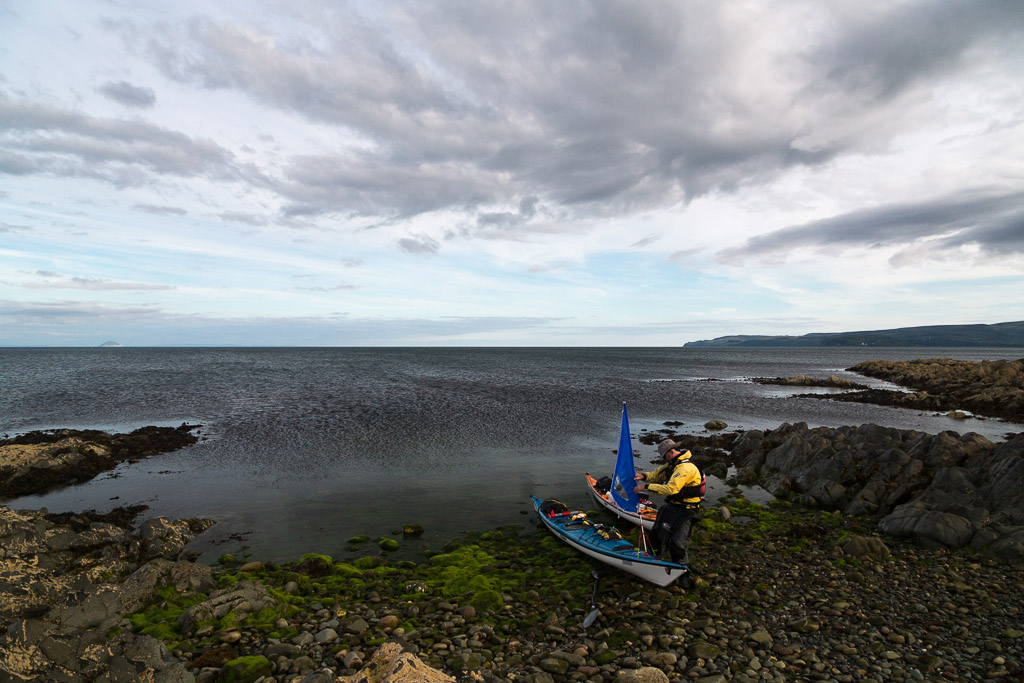 It was a relief to catch our breath on a cobbled shore at Black Bay but rather worryingly, our goal, Ailsa Craig, was becoming more and more distant and was now little more than a slight blip on the horizon. 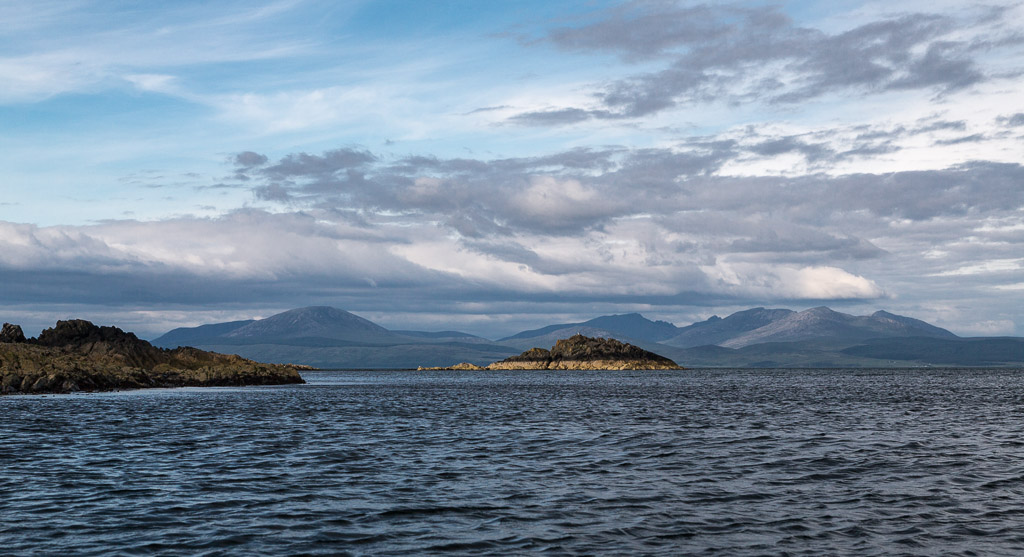 We gained a little shelter as we approached Kildonand Point and Island Ross. Some potential campsites in this area proved to be inaccessible at low tide so we continued up the Kilbrannan Sound which was becoming narrower as the coast of Arran drew closer. 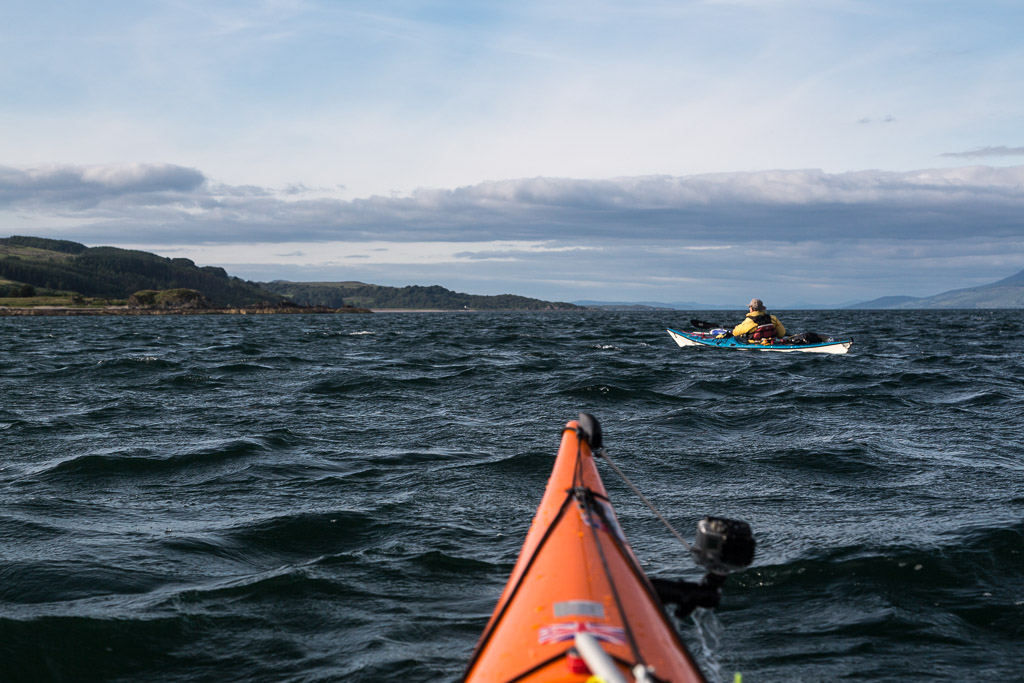 Rounding the point we found ourselves back in the teeth of the wind. There was still no break in the dark rocks but fortunately we spotted the inviting sweep of the sands at Saddell Bay which was still 5 km away beyond Ugadale Point. It was getting late so there was nothing for it but to get our heads down again and make what progress we could against the wind.

Posted by Douglas Wilcox at 5:14 am No comments: