The sainted rocks were as slippery as an eel. 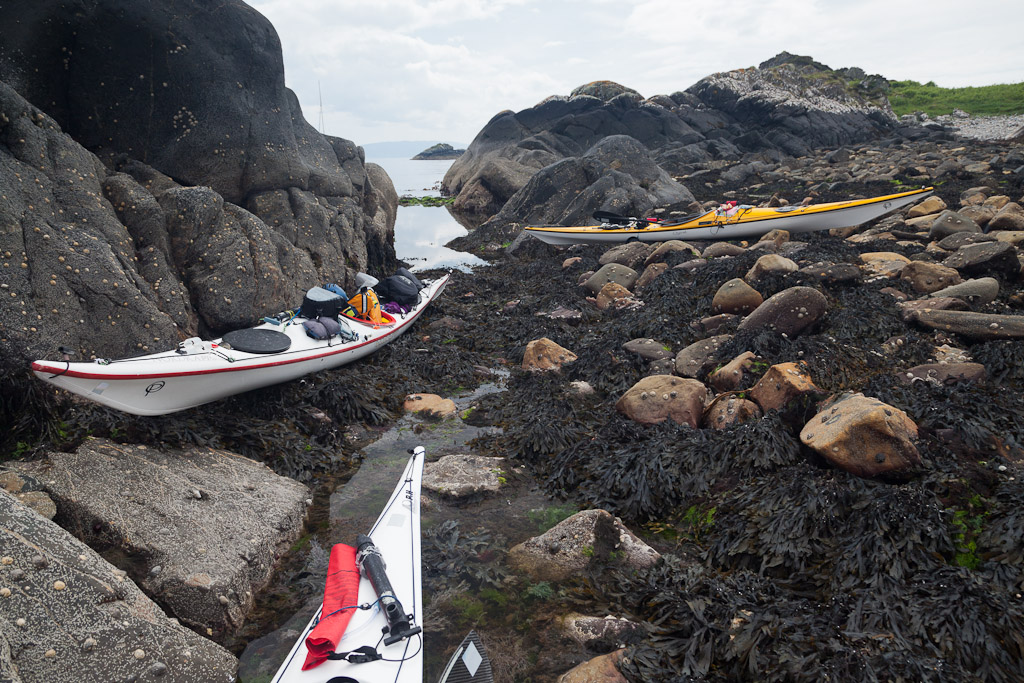 It was a big spring tide and as it was now low water on Eileach an Naoimh (Isle of the Saints) our heavily laden boats were left high and dry. The very rocks where once the saints had trod were now a treacherous, slippery trap for itinerant sea kayakers. Not having the patience of  saints, we did not wish to wait until the tide came back in and so we carried the boats to the water. It was the hottest day in the year and we were completely exhausted by the time we had the boats afloat.

My "good" left knee suffered a very painful dislocation here and it was at this point that I knew that I would inevitably need an operation on it as well. (It was finally operated on, two and a half years later, in November 2013. I am still recovering and off the water.) 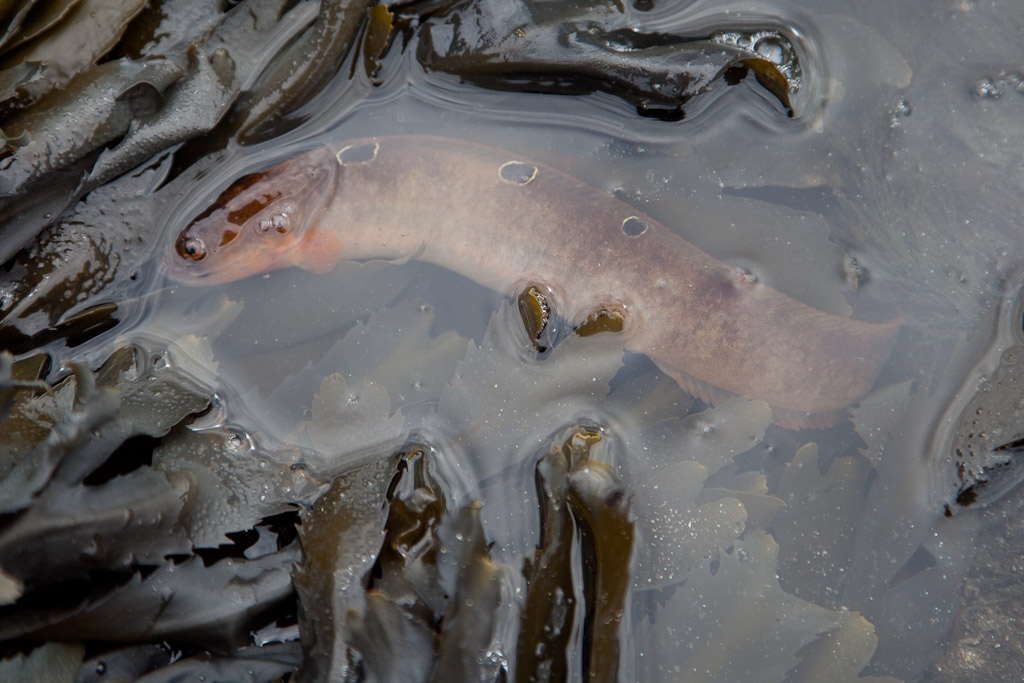 Despite my sore knee, I took pity on this little eel. It was lying in a partly desiccated state, half out of a little crack in the rocks in which it had tried to escape from the sun. Unfortunately it was too big to get fully  in. I put it into the sea and it seemed to recover a little...
Posted by Douglas Wilcox at 7:30 am No comments: