Thirty glorious hours in the Firth of Clyde. 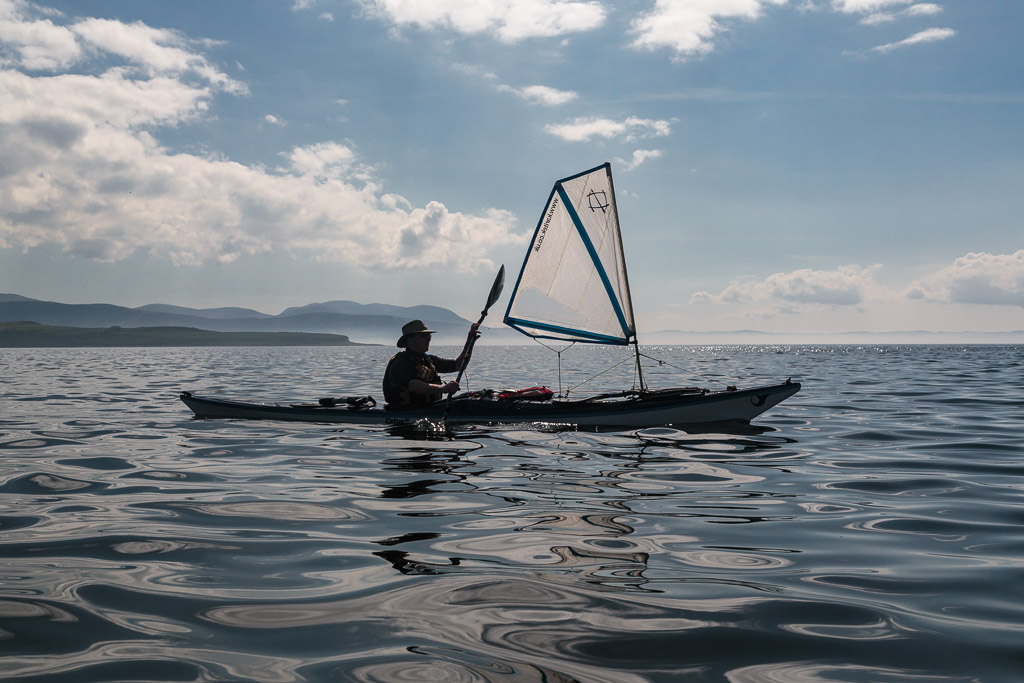 It was with some sadness that we left the north end of Inchmarnock. Our adventure round the isles  and peninsulas of the Firth of Clyde would soon be over.

Gradually the isles of Inchmarnock and Arran and the distant Kintyre peninsula (where we had set off from that morning)... 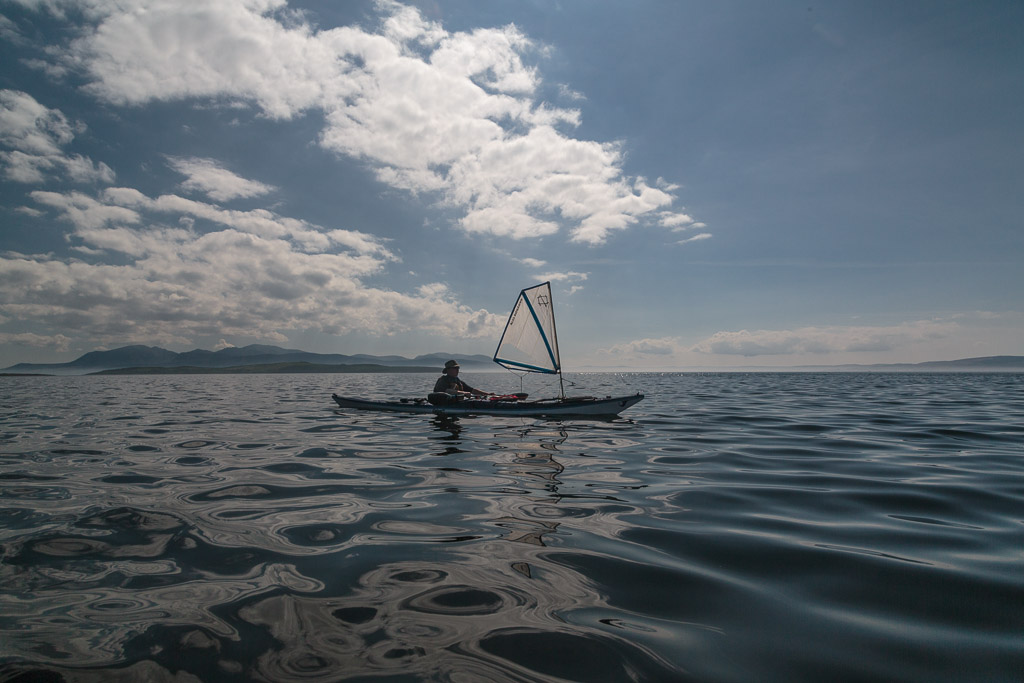 ...receded into the haze and patches of sea mist behind us. 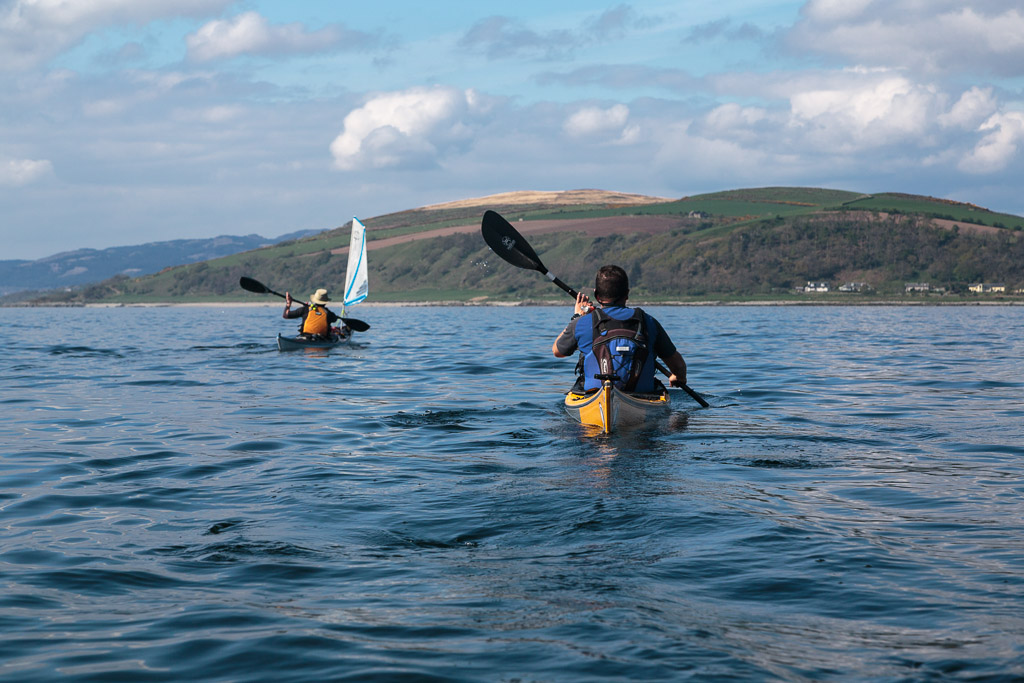 Soon we were paddling across Ettrick Bay on Bute towards Kildavanan Point near where we had set out just the previous day... 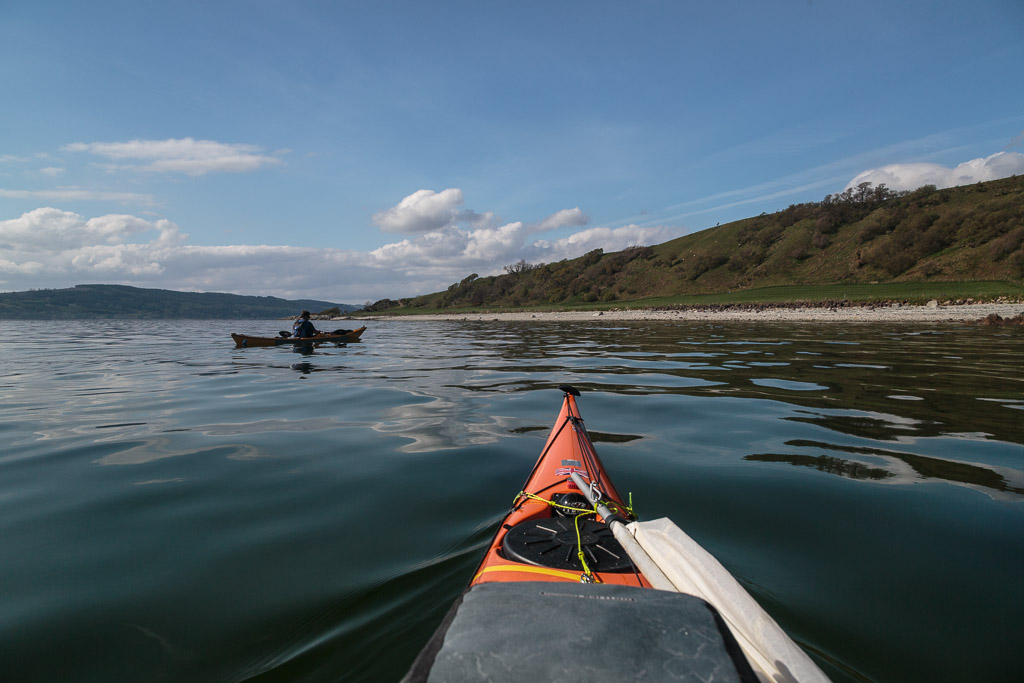 ...only 30 hours previously. We each commented that it seemed we had been on our adventure for a much longer time. It was as if we had entered another time zone where time ran more slowly. 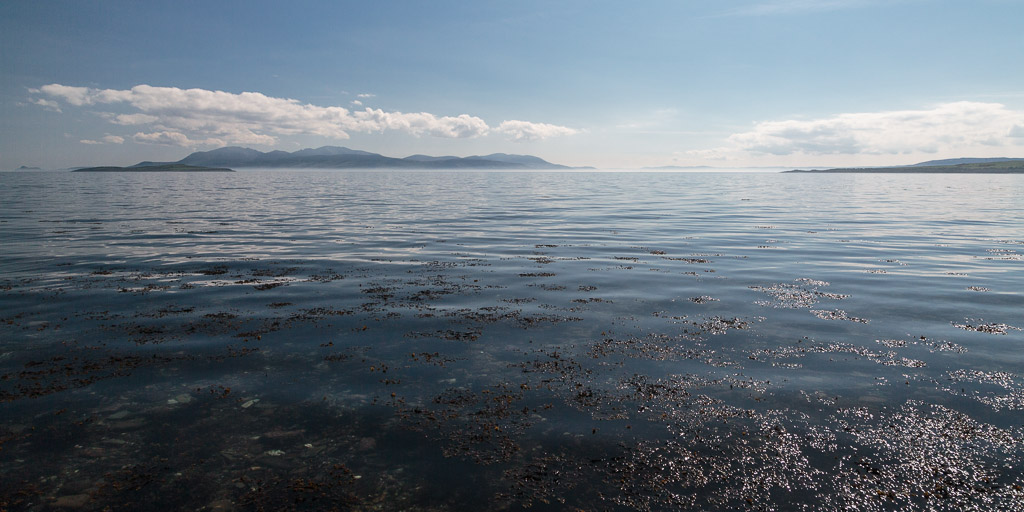 As we looked out at Ardlamont Point on the right to distant Kintyre then to mountainous Arran and low lying Inchmarnock on the right, we realised that we had experienced true wilderness and an amazing variety of wildlife so very close to home. You do not need to travel to the far corners of the World to find adventure, it is much closer than you think. We didn't even paddle very far.... 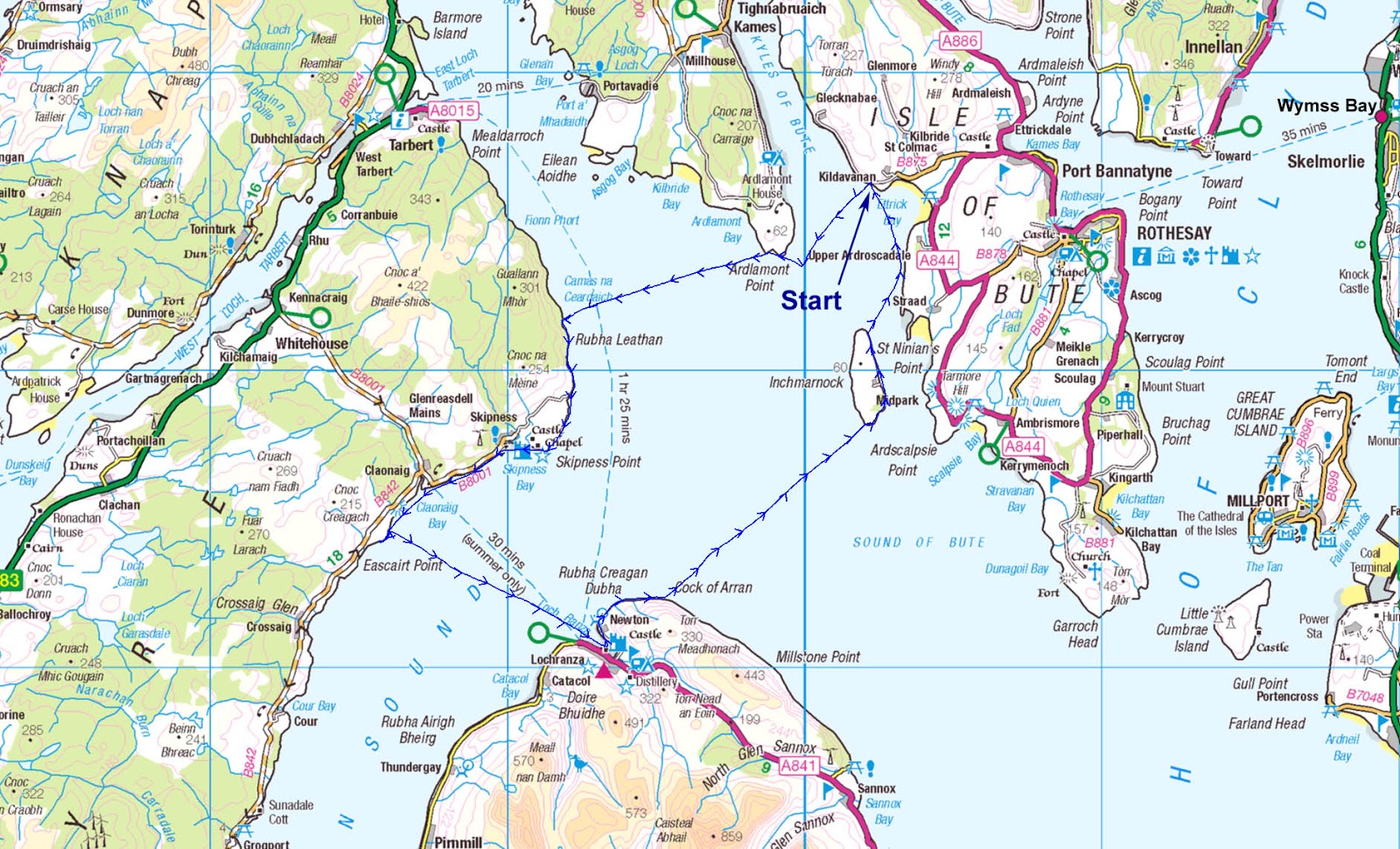 Ian's wife arrived with a car to run the shuttle back to Rothesay to pick up Mike's car. While they were away I slowly carried the bags of our gear up the beach to near the road. When I finished, I sat down to enjoy, for the last time,  the wonderful panorama of where we had been during those 30 hours. Behind me the woodland and fields were alive with bird song.Cheeky chaffinches hopped round my feet looking for crumbs from my last biscuit and in the air high above a meadow pippit was descending slowly with its wonderful trilling song. 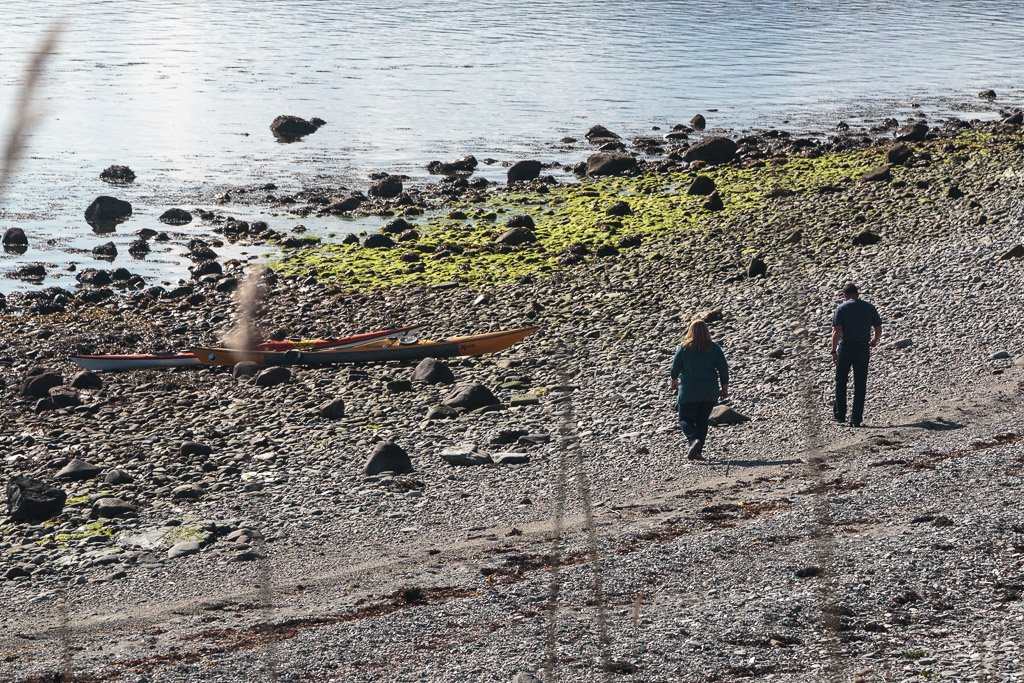 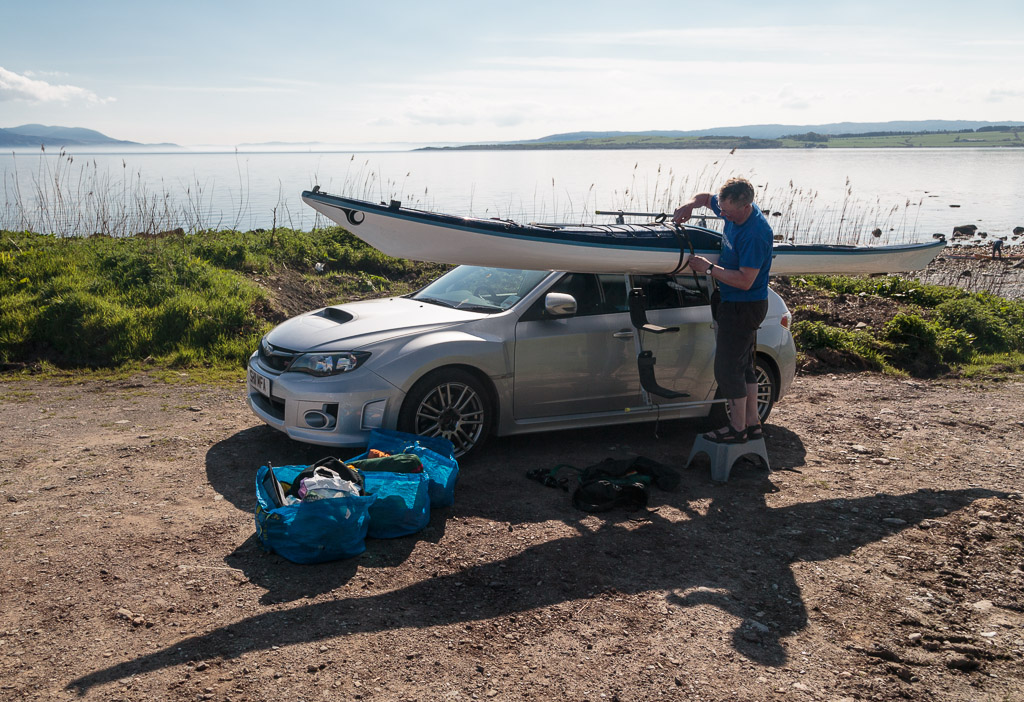 ..and Mike arrived to load the kayaks onto the cars for the journey home. 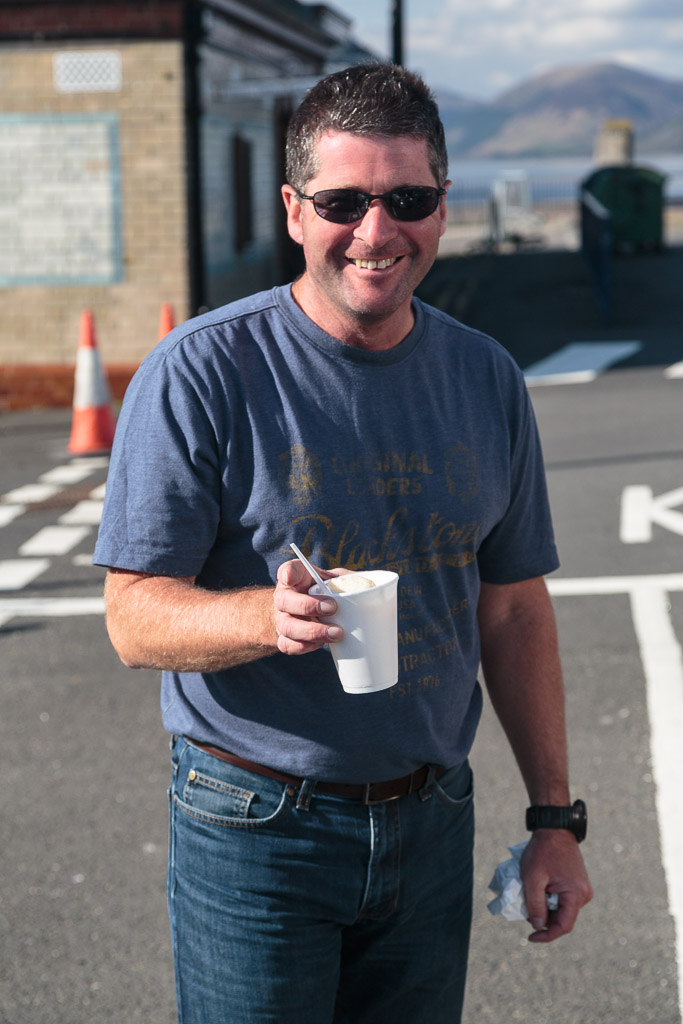 While we were waiting at the ferry terminal Ian ran back to Zavaroni's to get some tubs of ice cream. I kept having to move round to get the photo of Ian with the cones in the background. Real men don't eat ice cream in cones!

We did not have long to wait for the ferry and soon we were leaving Rothesay (framed by the distant Arran mountains) behind in the wake of the ... 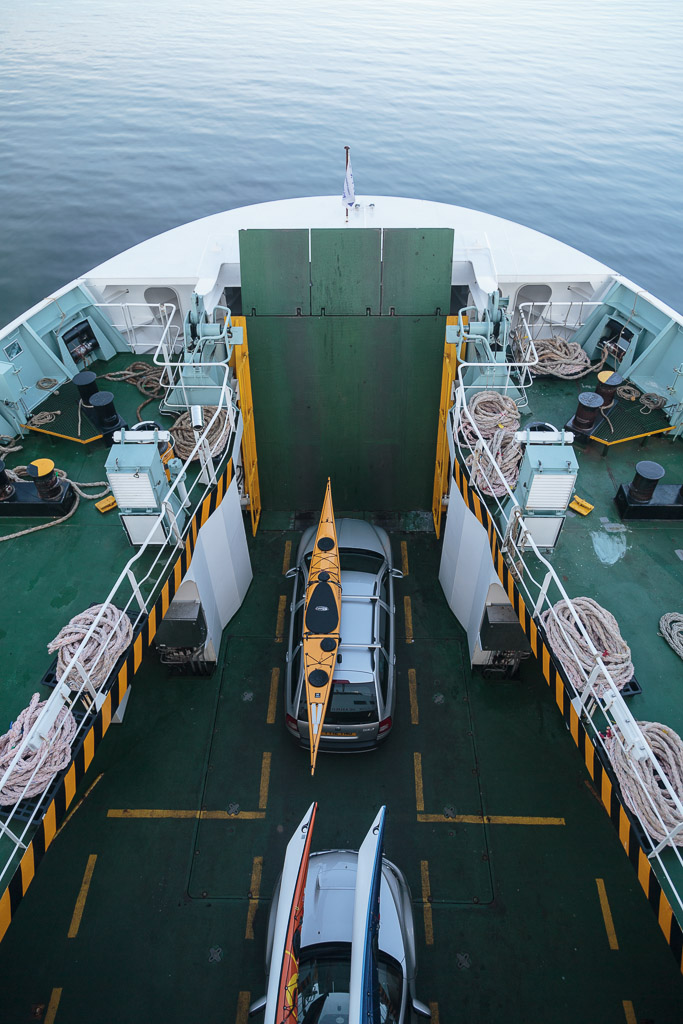 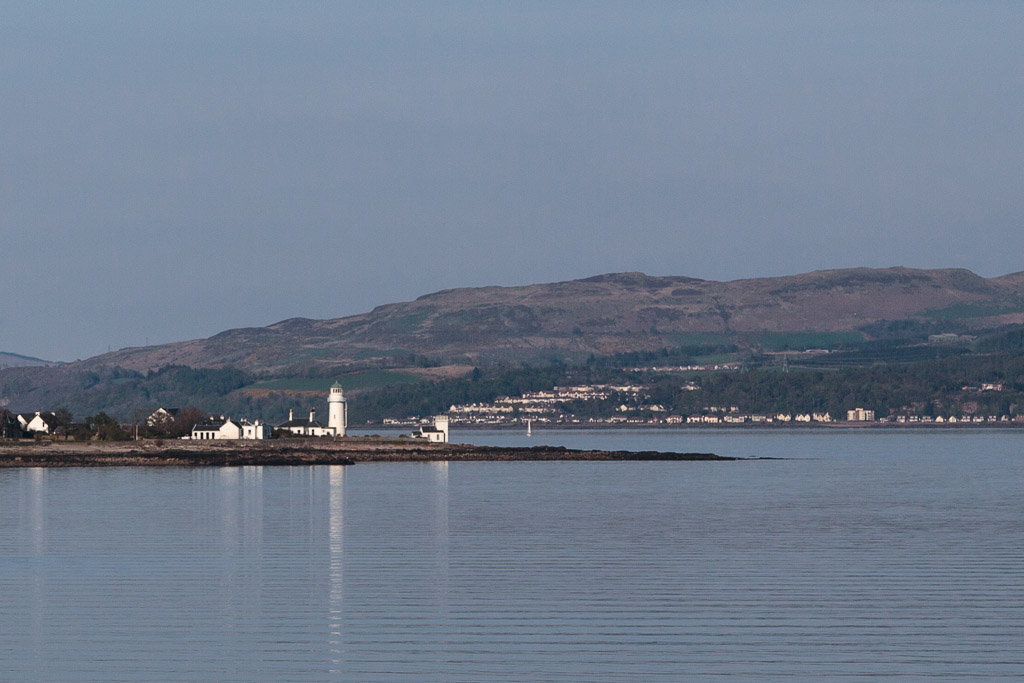 When we passed Toward lighthouse and could see the houses of Wemyss Bay, we knew our adventure was over.