In search of the Nith bore! 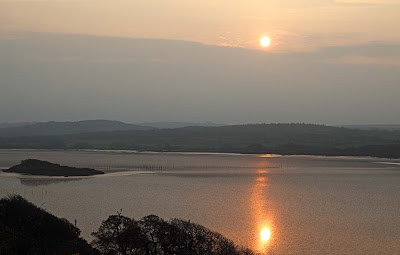 Time for an adventure! I drove to Southerness where I met Mike and left a car before driving on to Dumfries. The farm land round Southerness plays host to thousands of overwintering barnacle geese from Svalbard archipelago, high above the Arctic Circle. 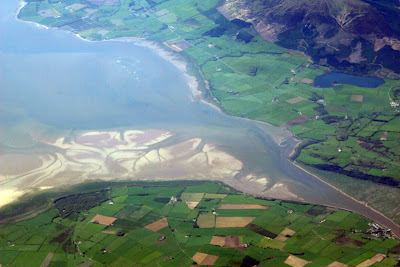 We were off in search of the Nith bore. The Nith is one of the few rivers in the world to have a tidal bore. As you can see in the aerial photo, a funnel shaped estuary concentrates and accelerates the incoming tide into a narrow river mouth. High tide at Hestan Island (further west on the Solway Firth) was at 14:47 BST and I reckoned that the bore would arrive in the narrow section of river mouth near Glencaple about 2 hours before this. 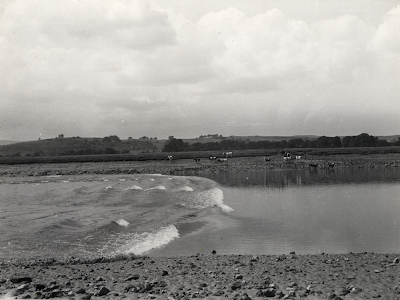 This photo was taken by Dr Werner Kissling in 1958. He describes it thus "At Glencaple, close to the mouth of the river Nith, on the north shore of the Solway the flood tide, under certain conditions, comes in as a bore which may move at a rate of five knots, or even more." 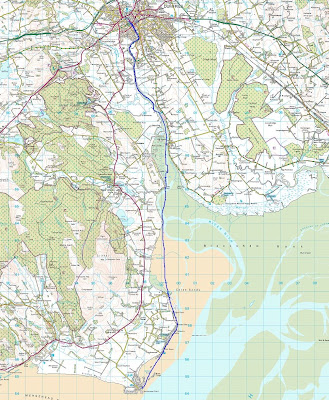