Through the Grey Dogs to the Garvellachs. 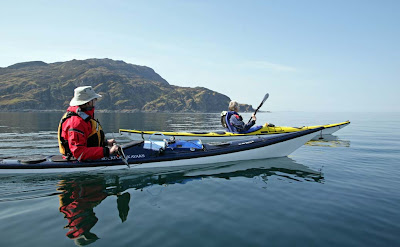 11th May 2006. Heading out from the Grey Dogs into the Firth of Lorn with Scarba on the port bow. 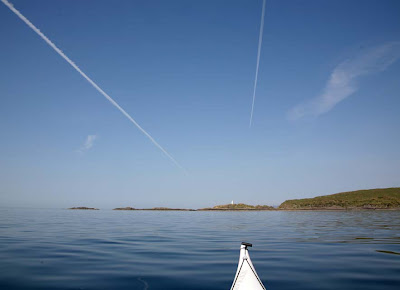 Crossing to Eileach an Naoimh (Isle of the Saints), the most southerly of the Garvellachs. We followed the great circle route used by trans Atlantic jets. We decided to stop before we got to Newfoundland. 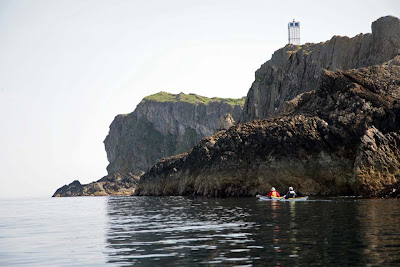 The west side of Eileach an Naoimh under the new Garvellachs light. The light was established in 1904 and this one bas built in 2003. It has a white flash every 6 seconds. My friend Clark Fenton, who is a fully card carrying geologist, informs me that the rocks are composed of a Precambrian age [approx 1 billion years old] tillite (a metamorphosed glacial boulder clay) that contains large blocks of marble. The marble is a dolomite (a magnesium rather than calcium rich limestone) that has been recrystallised by heat and pressure. 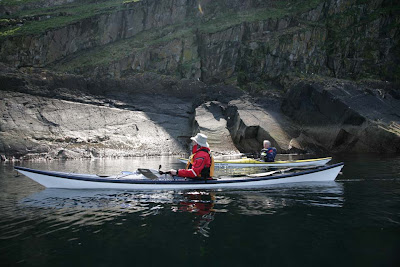 Shadow and light under Precambrian cliffs of tillite.
Posted by Douglas Wilcox at 10:45 pm 5 comments: