Curlews and Guinness in Culwatty Bay. 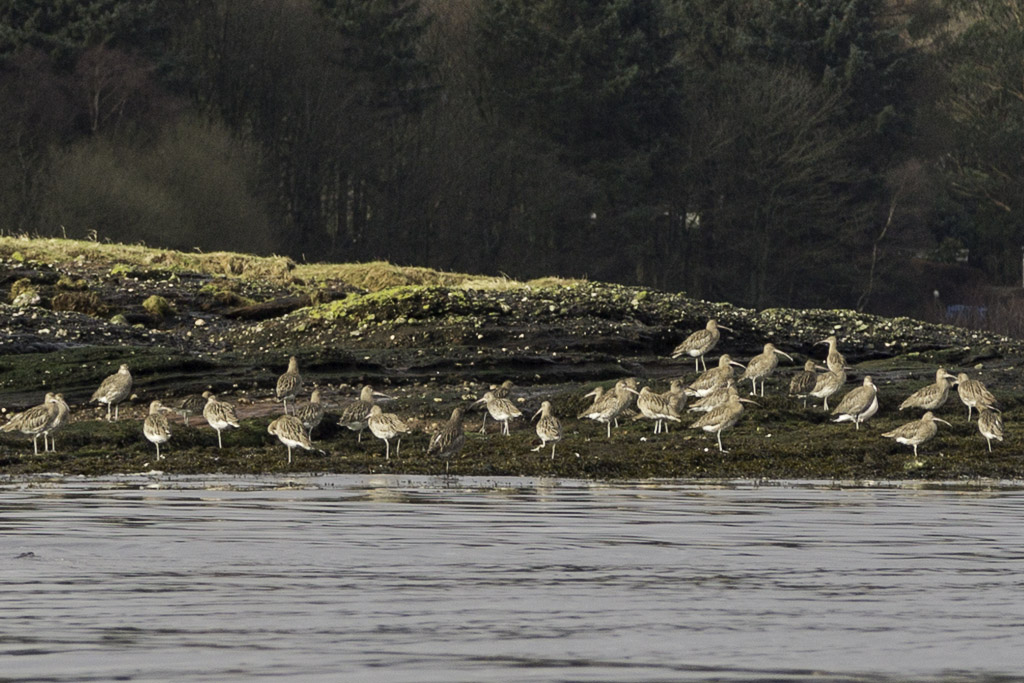 As we passed Green Isle we were amazed by the birdlife. There were large flocks of oyster catchers and these curlews but... 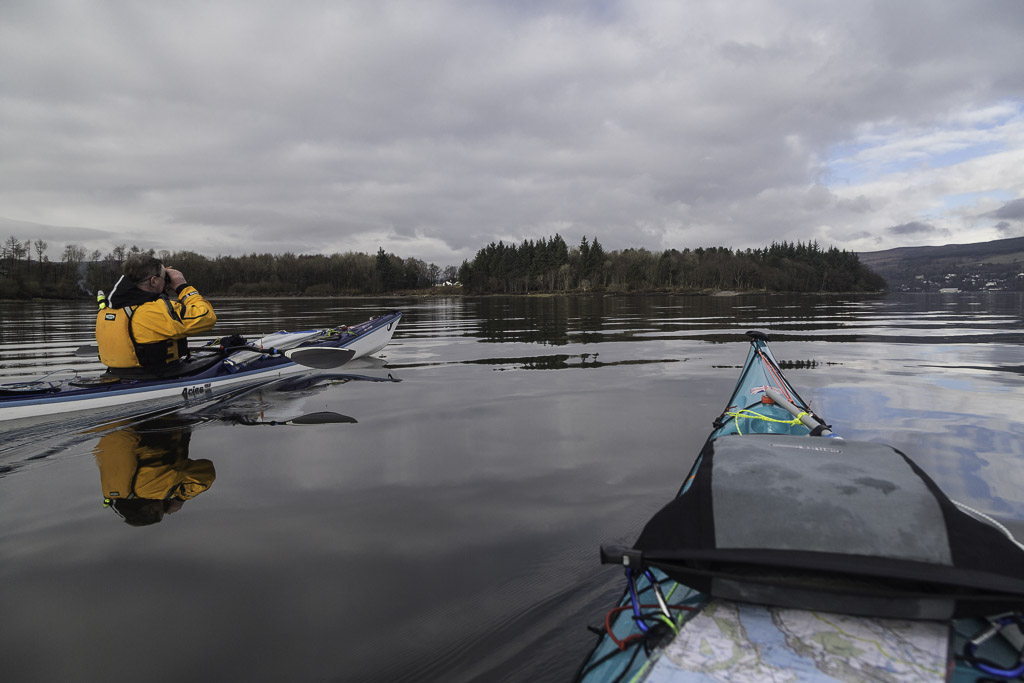 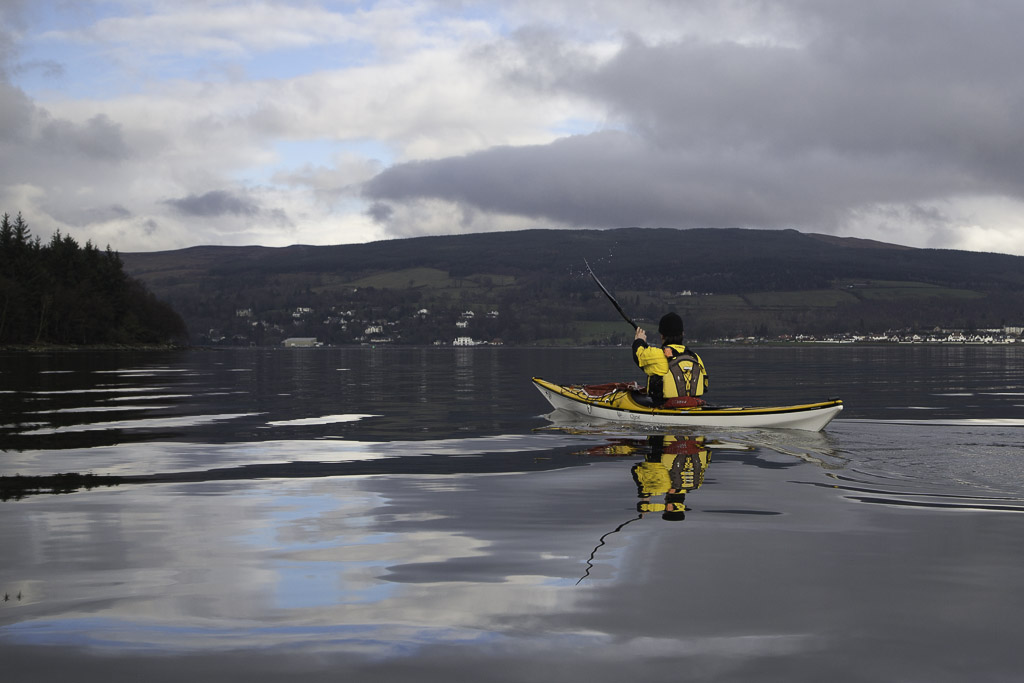 In some ways I was glad for calm conditions as I had not paddled for 7 months and despite much physiotherapy my operated shoulder is still weaker than the other. After months of confinement it felt really good to be back on the water but my, it was hungry work... 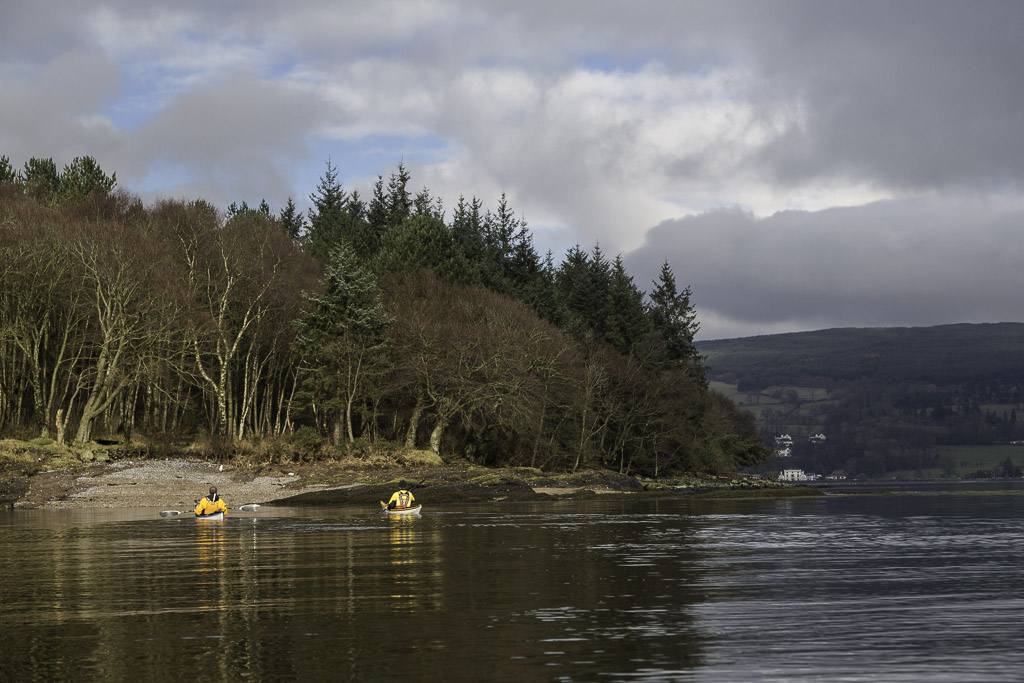 ...time for some luncheon. 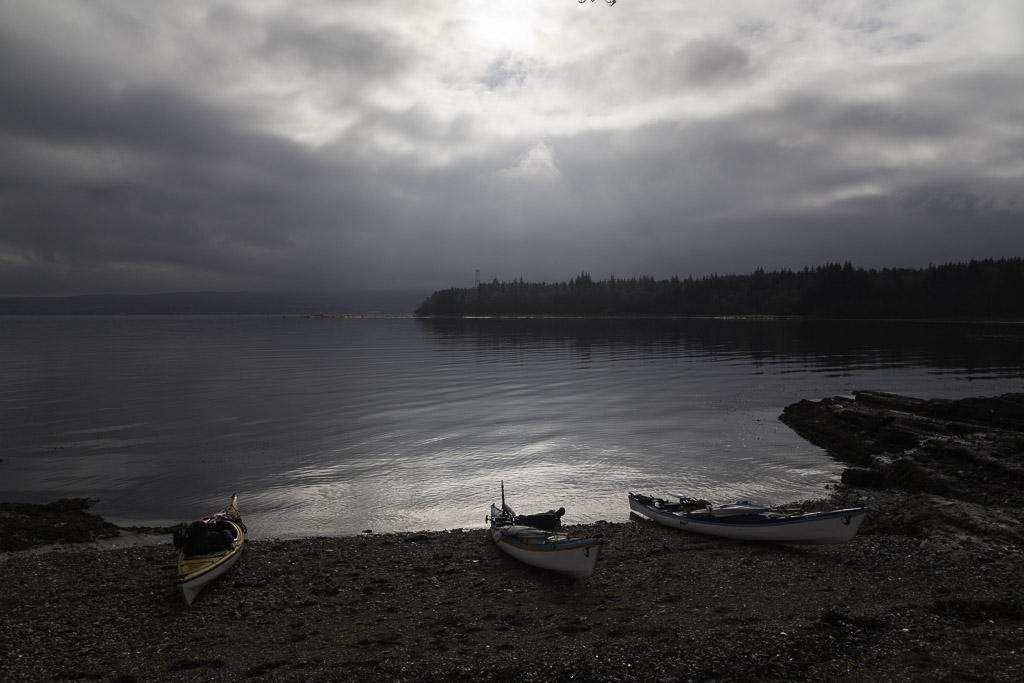 We found a lovely cove off Culwatty Bay, which was framed by some conglomerate ledges. 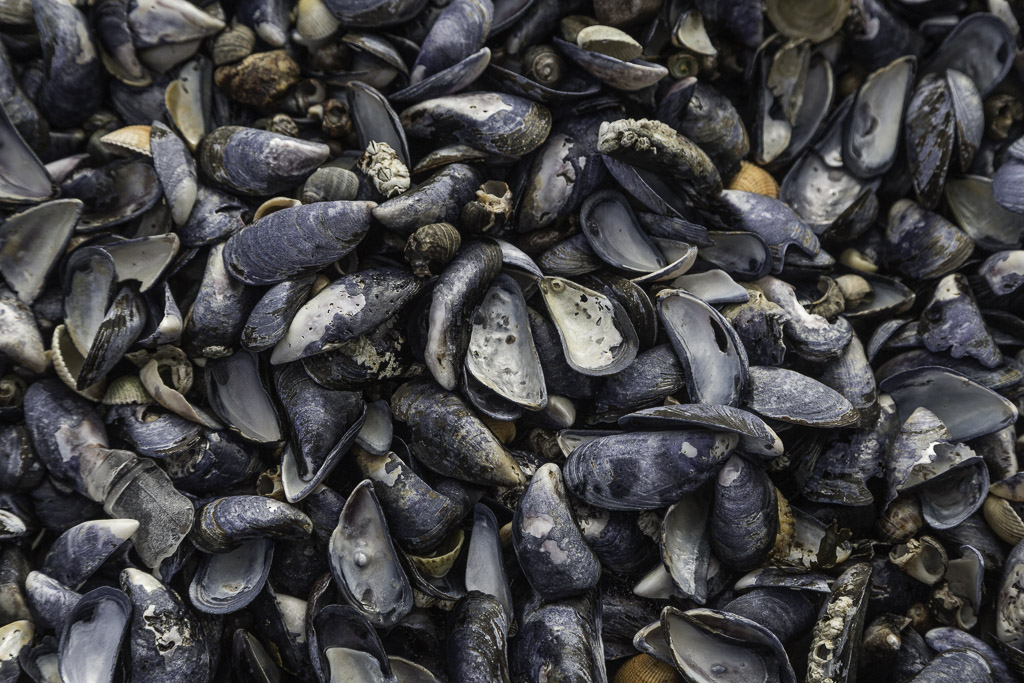 As we ate our sandwiches we had a celebratory can of Guinness while we sat on a ledge with mussel shells at our feet and the calls of the curlews in our ears. It was hard to believe we were in the Upper Firth of Clyde and surrounded by towns and industry..
Posted by Douglas Wilcox at 7:00 am No comments: