Gas powered foghorns and a racket on Ailsa Craig. 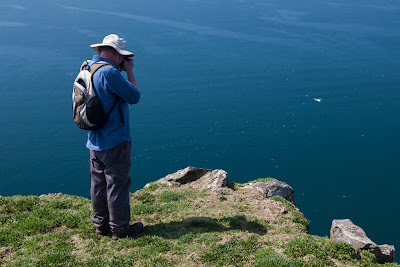 It was a relief when Donald wanted to photograph from the summit of Ailsa Craig. I had hurt both knees on the way up and wanted to rest before starting the gruelling, knee jarring descent. 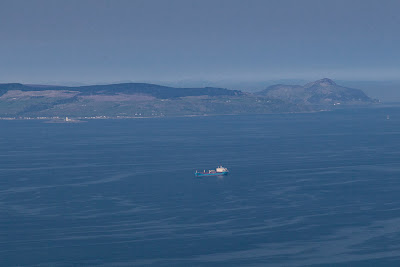 I enjoyed the view over the Firth of Clyde to Pladda with its lighthouse, Arran and Holy Island before we started... 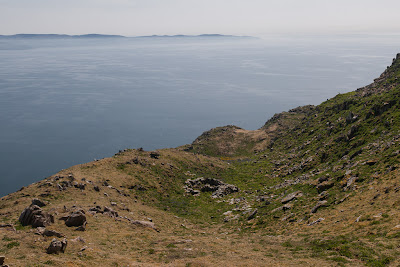 ...our descent. We followed the same route as the ascent but from above, what had appeared as a pile of stones on the ascent was actually the remains of the summer shieling. 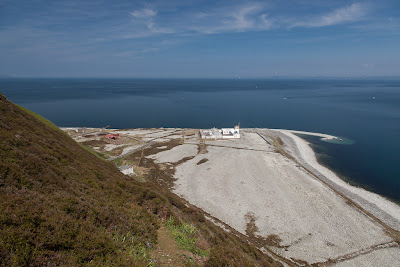 Gradually I descended to sea level. Thank goodness for walking poles. Coming down is always harder on the knees than going up. 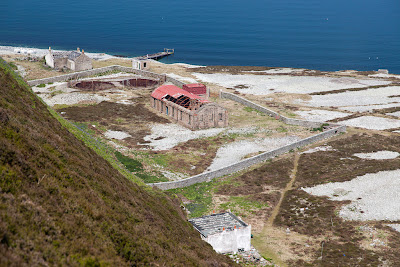 We got a bird's eye view of the old gas works. The coal gas was used to run an engine that compressed the air to drive... 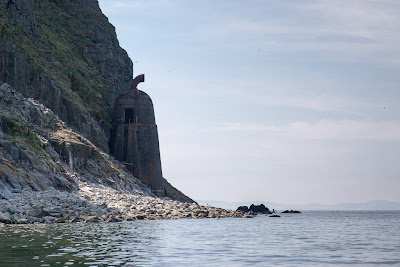 ...two giant foghorns that are situated at the north and south of the island. 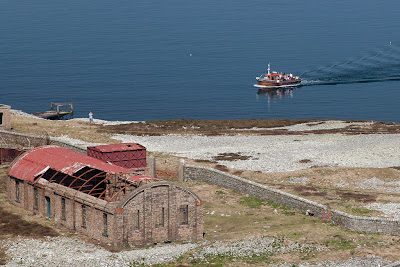 Then a great noise, worse than any foghorn, disturbed the calm, spring afternoon. It was the MFV Glorious with 12 very loud passengers. Usually Glorious carries birdwatchers, hill walkers and quiet outdoors folk but not on this sunny day... 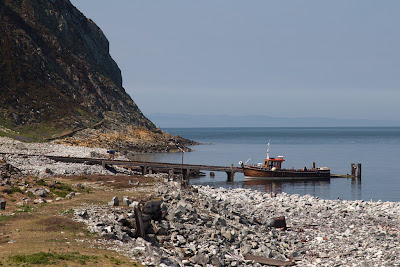 Once they had landed, the peace was shattered. I hoped the nest and egg (we had carefully avoided) were not trampled underfoot. It was time to leave.
Posted by Douglas Wilcox at 7:00 am No comments: