The Pavlovian sound of splashing paddles. 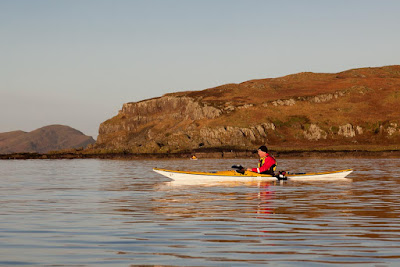 Our first destination was Gull Point on the Little Cumbrae though we did not planned to stop for a break until we reached the south point of Bute, which can be seen rising beyond the point. 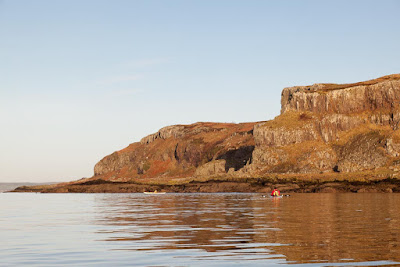 Usually Gull Point resounds to the squabbling calls of the resident gulls but on this still morning... 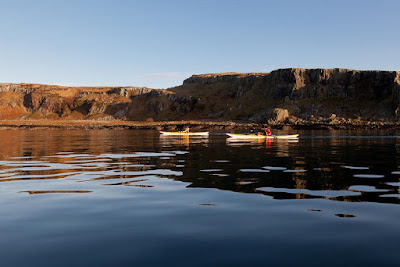 ...our approach was heralded by fierce barking from the four terriers of Little Cumbrae! They had started barking when we were still about 3km from their home. The splash of approaching paddles set off a Pavlovian frenzy of barking and salivation. These terriers associate approaching kayakers with sandwiches! 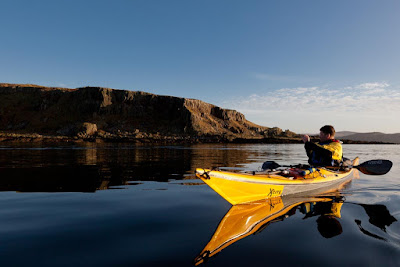 As we rounded the point the view to the north... 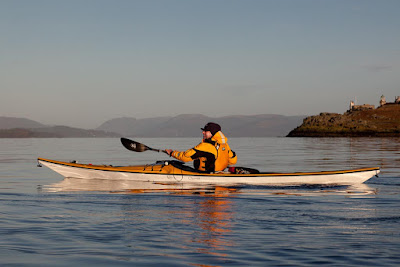 ...opened up, as we left the Little Cumbrae and its lighthouse in our wakes.
Posted by Douglas Wilcox at 9:06 am 2 comments: