Disappearing breakfasts, otters, sharks and islands in the Kilbrannan Sound. 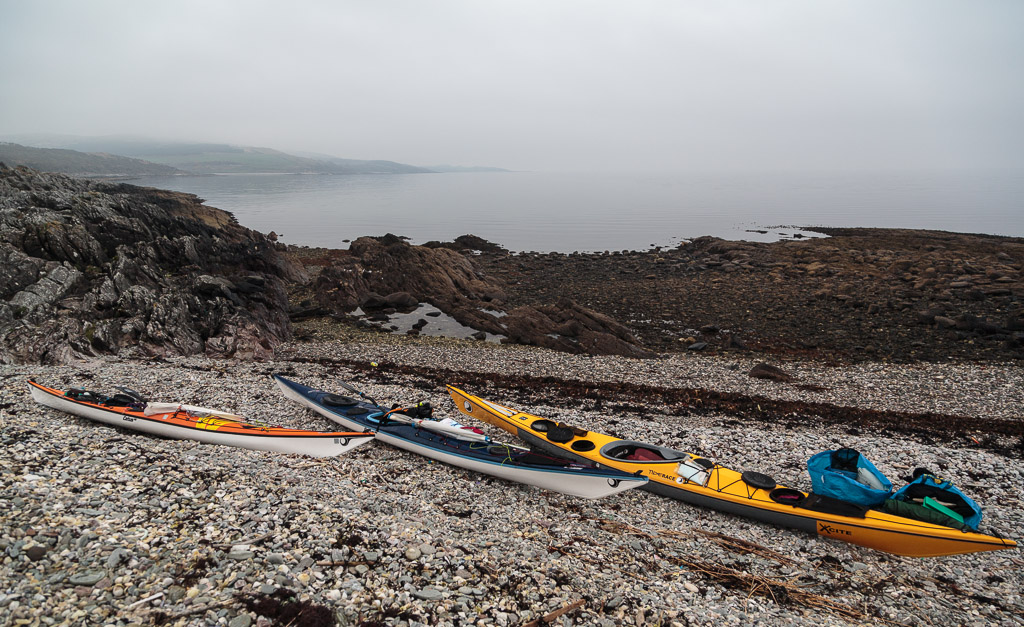 We awoke the following morning to low water. A feature of the Firth of Clyde is that spring tides tend to occur at midday and midnight.Arriving at a campsite in the early evening and leaving in early morning is therefore associated with LW and a long carry. Many of the "beaches" you see on Google Earth are only accessible at HW. 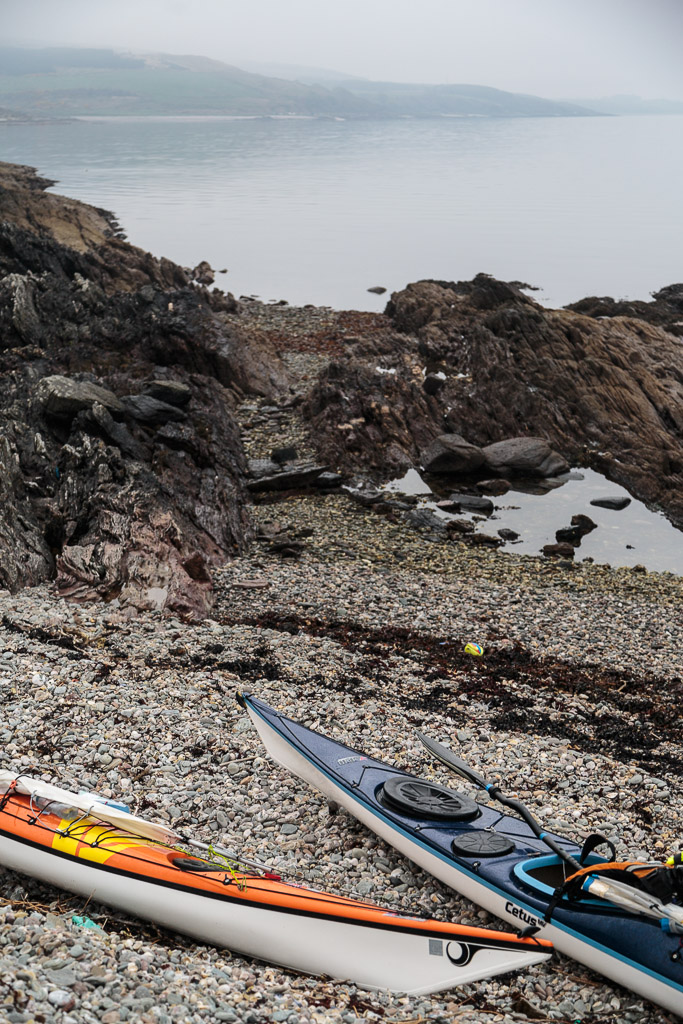 This is the long rocky gully we carried our boats up the previous night. It was taken with a telephoto lens so it is foreshortened and is longer than it looks. 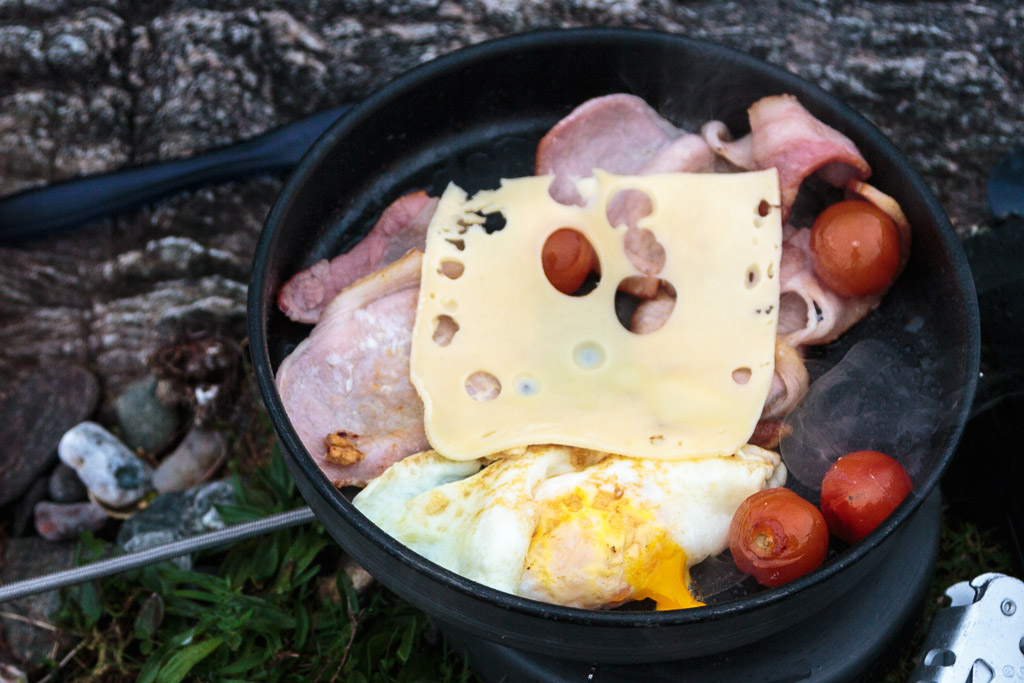 A decent number of calories were required for our forthcoming labours. In case any one is concerned about any dietary imbalance, I consumed this lot in a whole meal wrap. Yum Yum! 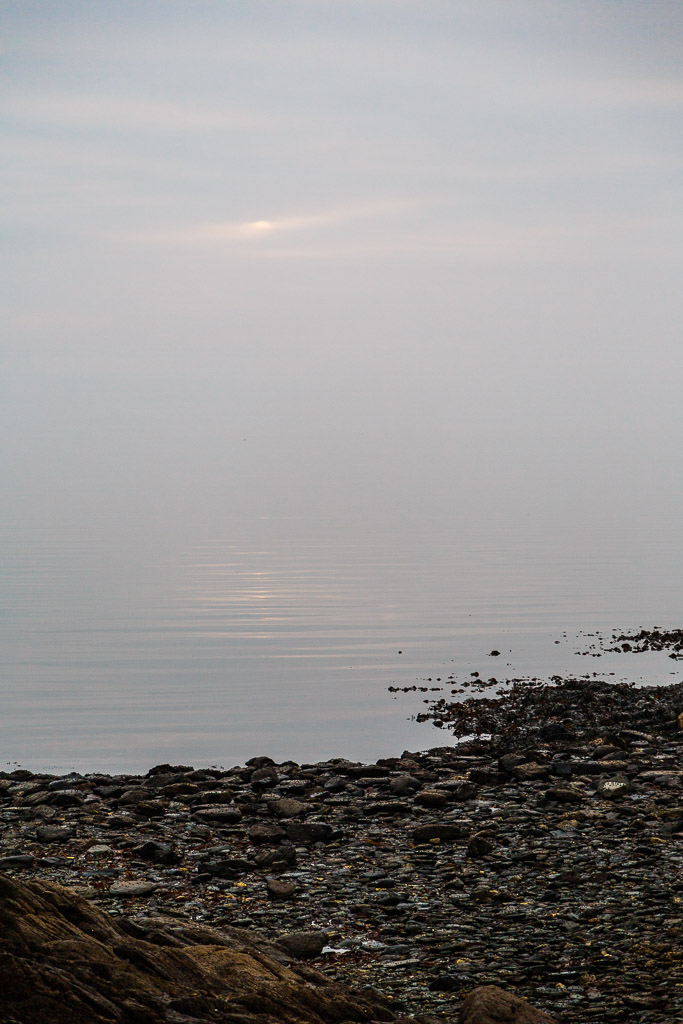 Although the sun attempted to break through, a thick bank of fog rolled in. I just missed the otter in this photo but with the eye of... 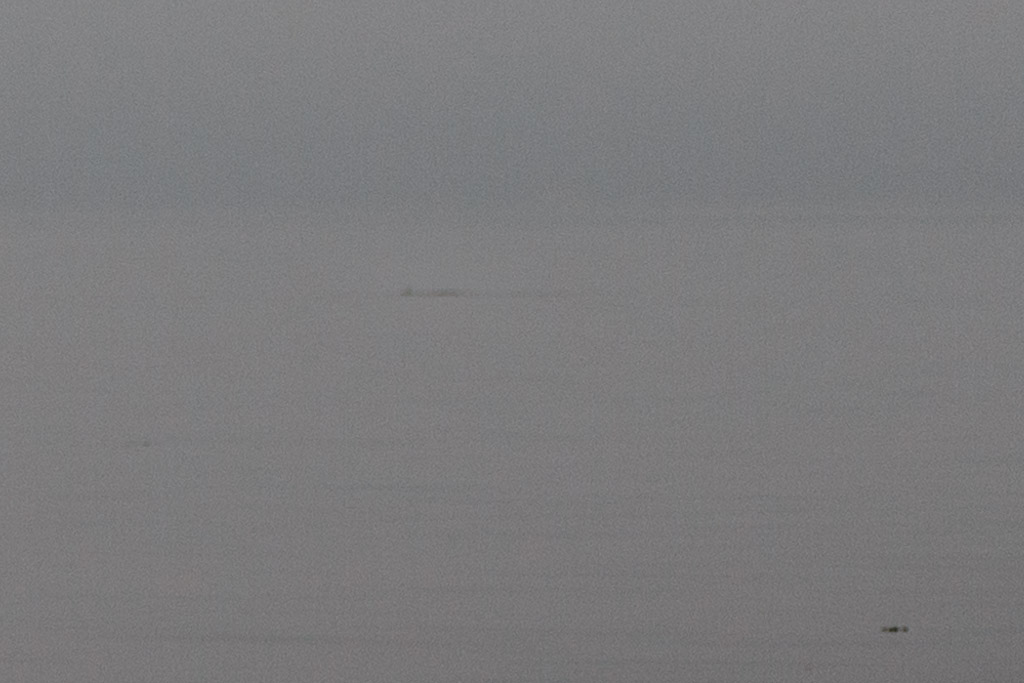 ...considerable faith I hope you can see the large basking shark through the fog!. I have never seen them in the Clyde so early. 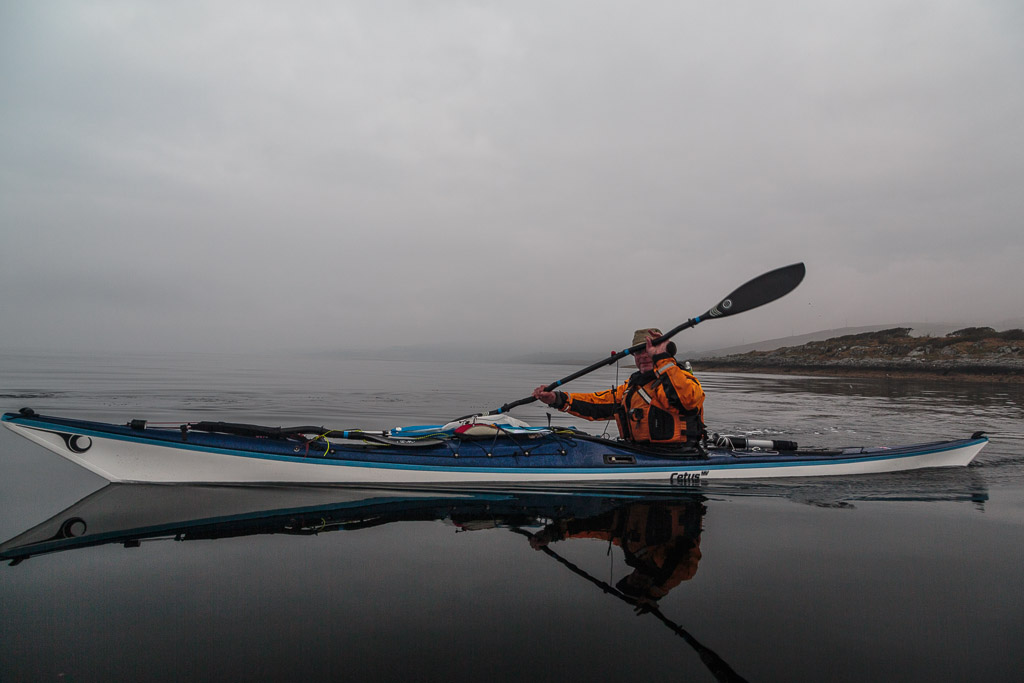 After considerable humphing we set off from Rubh a na h-Airde Baine which roughly translated means "point of the pale high beach"
. 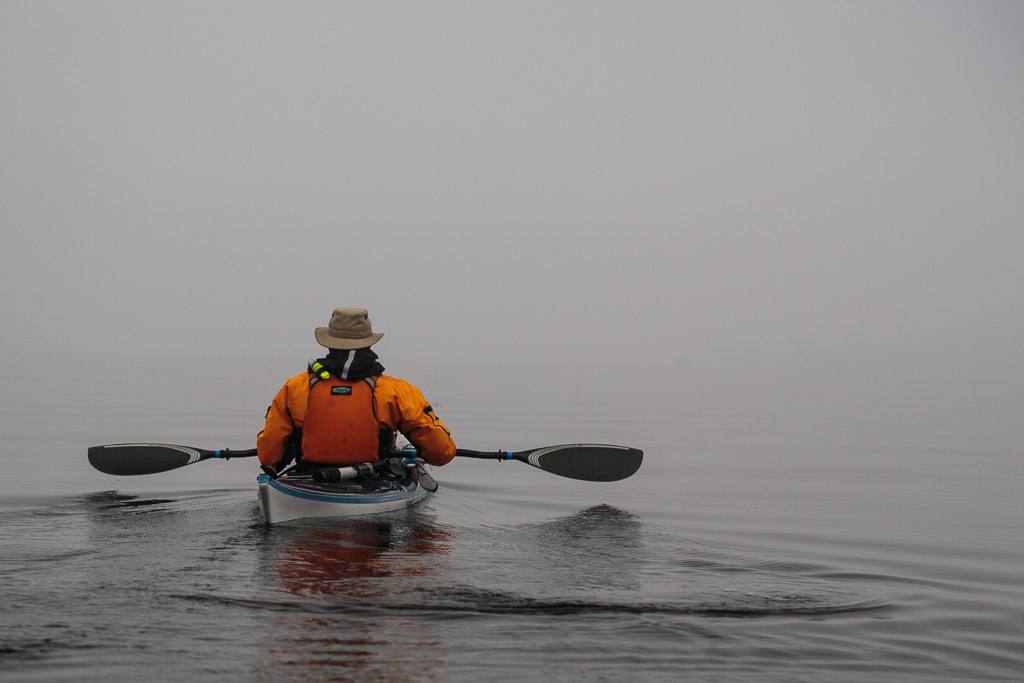 We set off across the Kilbrannan Sound but of the Isle of Arran, which is... 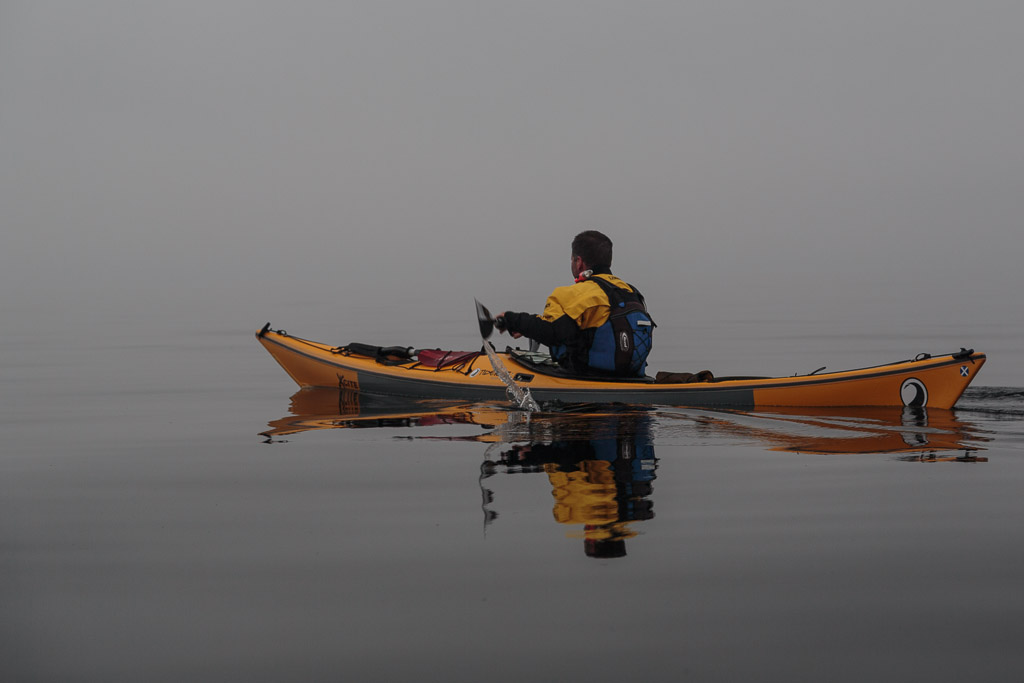 surprisingly large, there was not a sign!
Posted by Douglas Wilcox at 4:38 pm No comments: