An atmospheric crossing to Inchmarnock with a sighting of a fire rainbow. 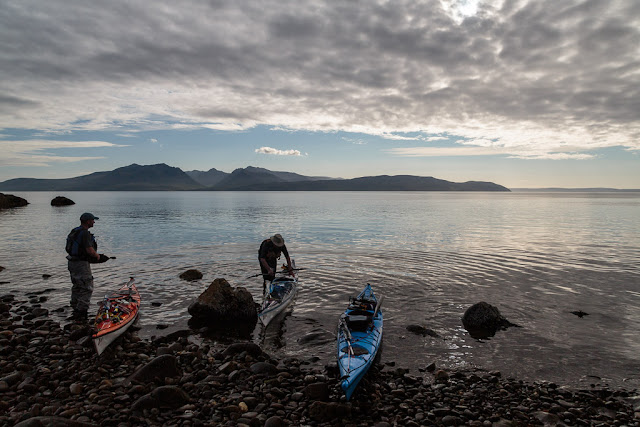 At 6pm we landed for a second luncheon on a little shingle bay to the north of Garroch Head. We had paddled to this point in shorts and tee shirts. We put our salopettes on, not because it was cold (it wasn't) but because we knew we would arrive at our destination on Inchmarnock about sunset and that is when the midges come out! 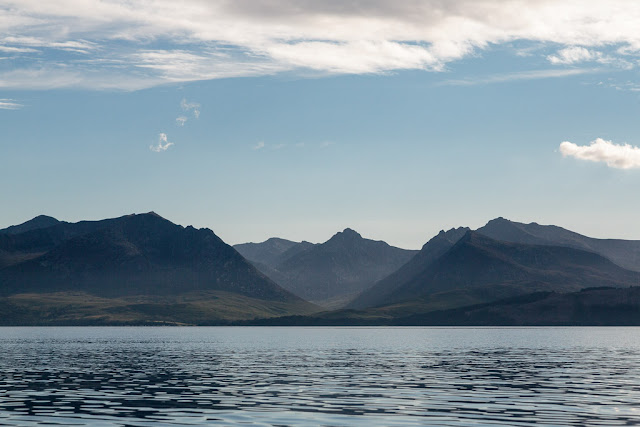 As we restored energy levels with a snack and a hot drink we enjoyed the most spectacular view across to Glen Sannox on Arran. 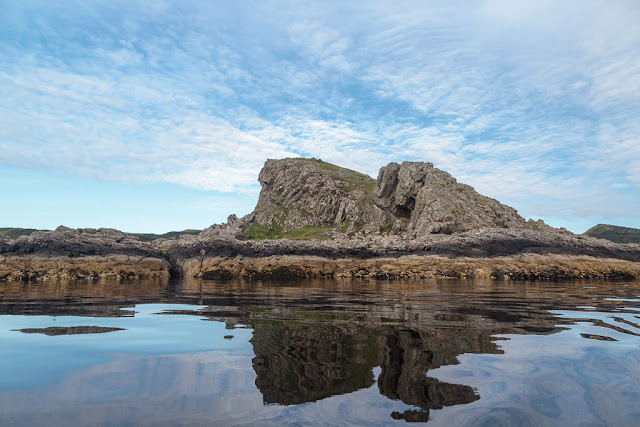 Back on the water we had an 11km crossing to our destination of Inchmarnock. We passed Dunagoil Hill which is topped by an Iron Age hill fort. 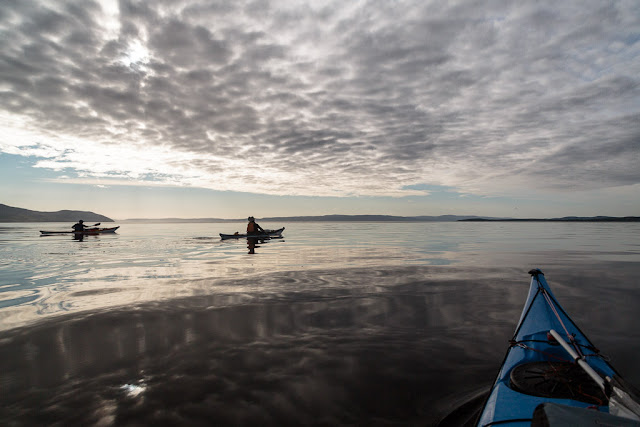 As we crossed Scalpsie Bay clouds began to gather but the horizon to the west was clear, promising a fine sunset. 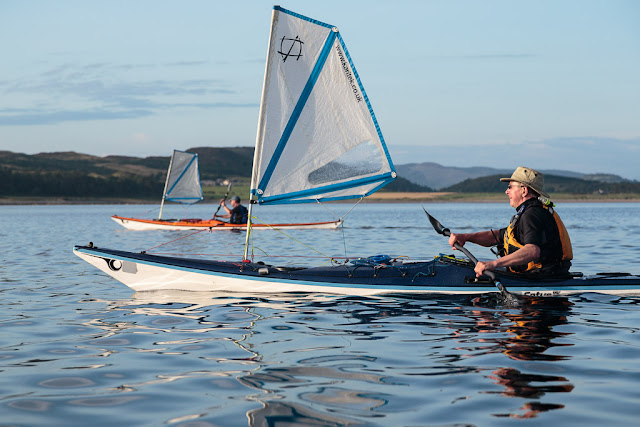 A little breeze got up as we passed... 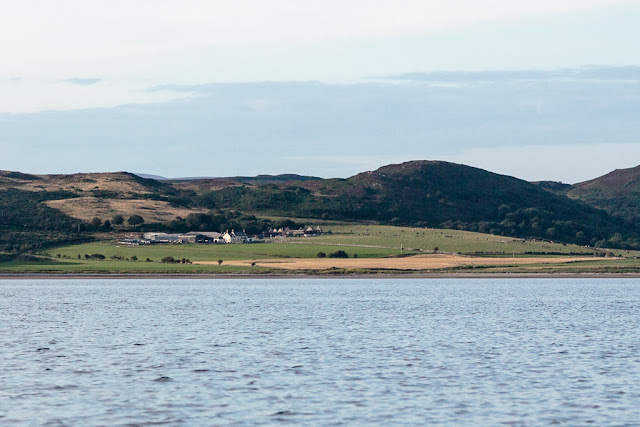 ...the fertile fields of Scalpsie farm on Bute which contrasted... 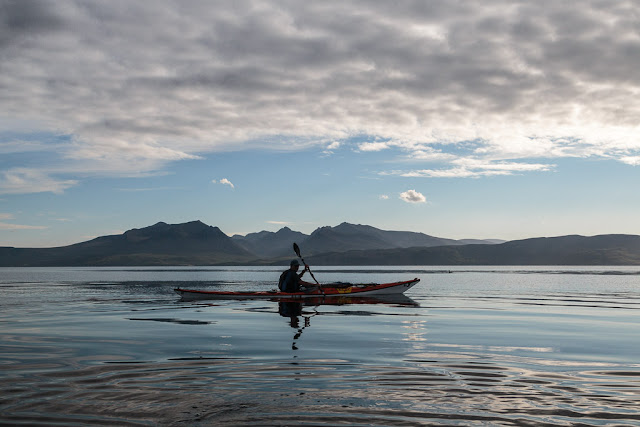 ...with the rocky granite ridges of the Arran mountains on the other side of the Sound of Bute. 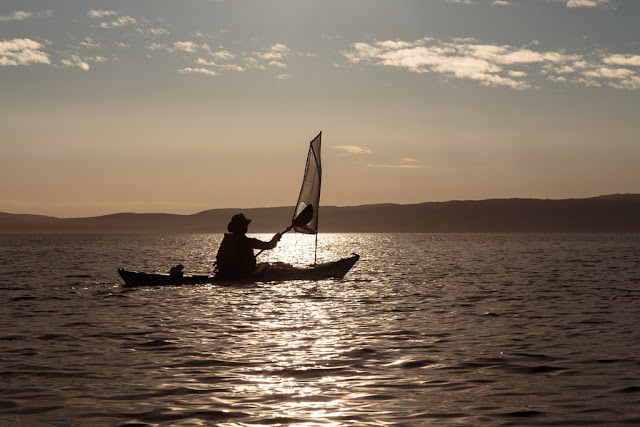 The sun was lowering towards the horizon as we... 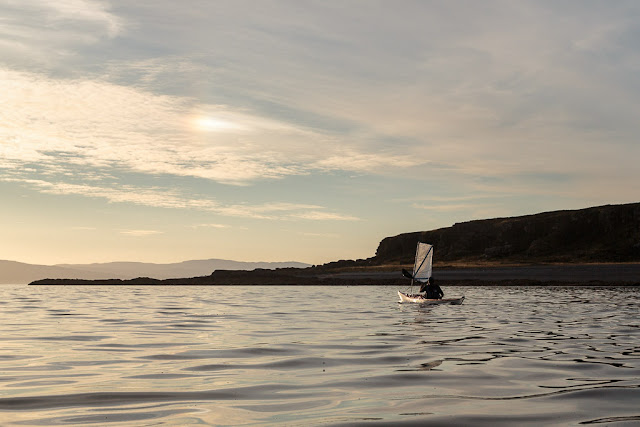 ...approached the south end of Inchmarnock. High in the sky we spotted cloud iridescence... 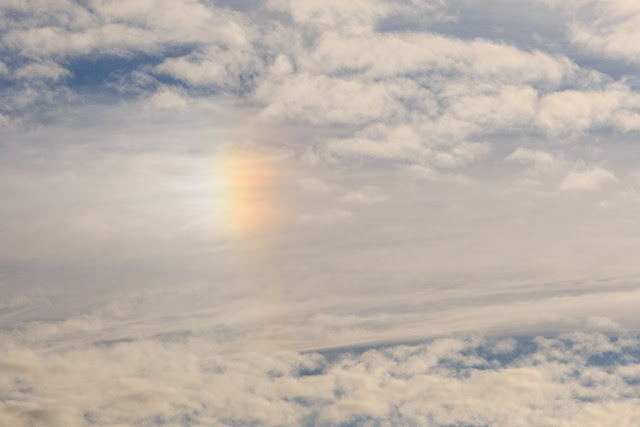 ...which is not a commonly seen atmospheric effect. This is also known as a "fire rainbow" or a "rainbow cloud,"  It usually occurs in late afternoon on hot humid days. 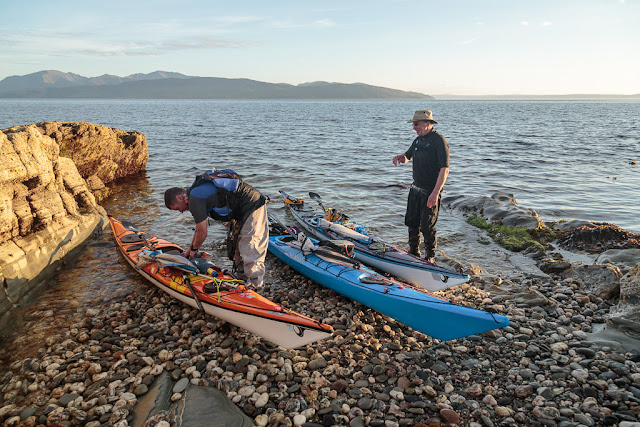 The west coast of Bute is not easy to land on as at low tide there are a series of rocky reefs. It was near spring low water but we knew of a tiny gap in the reefs (about 8m wide). We arrived just after 8pm. This gully can be very difficult to launch from if there is any west in the wind. There are easier beaches at the south and north of the island. Although we had feared a midge attack we were pleasantly surprised that a little NW breeze stopped them flying.
Posted by Douglas Wilcox at 6:40 pm No comments: