Eisenhower, the Kennedys and Washington. 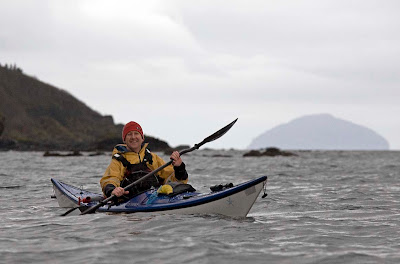 Leaving Carrick shore, we left Ailsa Craig behind us but our view was soon dominated by the Victorian south wing of Culzean (pron. Cullane) Castle. This is the second castle of our "Four Castles" tour of Ayrshires's Carrick coastline. 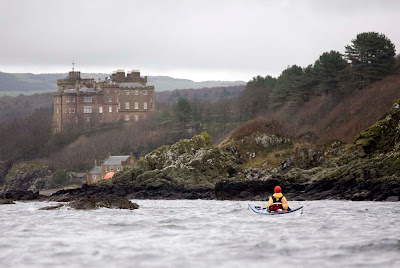 The main part of the castle was built between 1777 and 1792 for Robert Kennedy the 10th Earl of Cassillis (pron. castles) a member of the powerful Ayrshire Kennedy family. His cousin, Captain Archibald Kennedy, the 11th Earl of Cassillis, was a distinguished naval commander who broke the siege of Lisbon 1760. On retiring from the sea, he moved to New York and lived at No. 1 Broadway. At a little diplomatic incident in 1773, known as the Boston Tea Party, Captain Archibald felt unable to take part on the American side. George Washington evicted him and moved into No. 1 Broadway himself. It was fortunate that the good Captain had this little place in Scotland to fall back upon!

The present romantic and decorative castle was designed and built by Robert Adam. He built it round the earlier stone keep of the original fortified tower house which dated back to 1165. Some of the internal walls are therefore 12 feet thick! Adam's famous oval staircase, in the centre of the castle, is built within the walls of the original keep.

When the Kennedys gifted Culzean to the National Trust of Scotland in 1945, they asked that rooms should be given to General Eisenhower as a lifetime gift from the Scottish people after the end of WW2. The Eisenhower flat occupied the top floor of the castle, as seen in the photograph above. He spent four happy holidays here, one of which was when he was President. He enjoyed walking in the grounds, watching the wildlife, painting and of course golf at nearby Turnberry!

The amazing thing about sea kayaking round Scottish waters is how much history you come across. Not just Scottish history, but given the Scots' long history of emigration, the history of many other countries as well.