Midges at the mill, on Gigha. 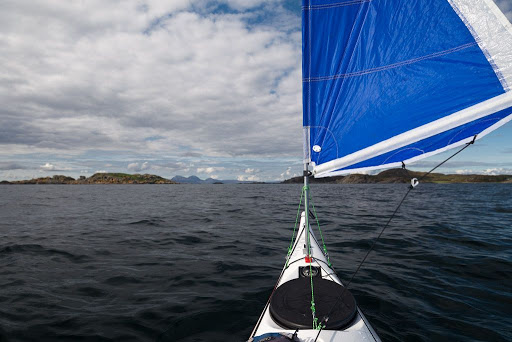 We now turned our bows to the north and up the exposed west coast of Gigha. It was a wonderful day with light winds and only a little swell coming in from the Atlantic. I soon had the sail up. We passed to the inside of the little island of Craro. Though it might appear to give some shelter on this wild coast, it has been the graveyard of many shipwrecks. 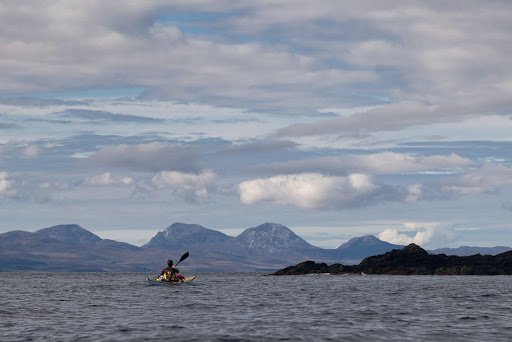 As we made our way along the coast... 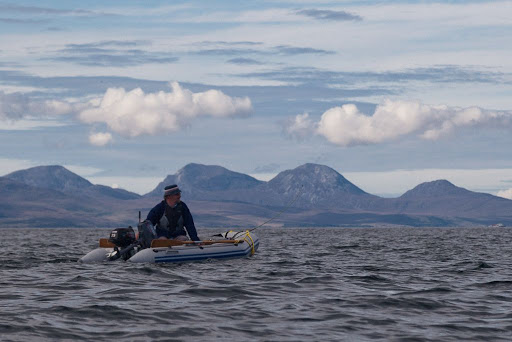 ...the Paps of Jura dominated the horizon to the NW. Donald started trawling for fish in the deeper water... 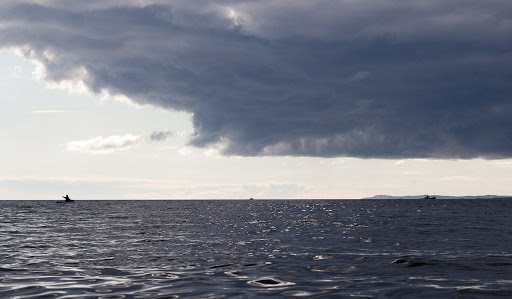 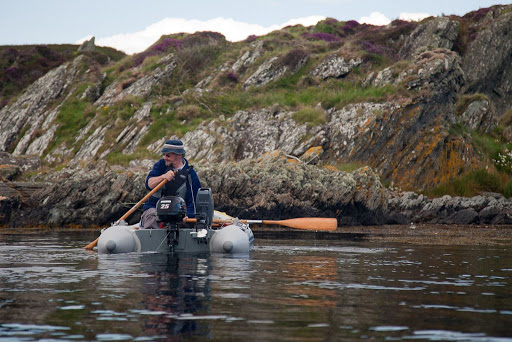 Despite the exposure of the west coast of Gigha, there is a sheltered inlet called Port an Duin, (port of the castle). There is indeed an iron age dun nearby and Donald manoeuvred his inflatable below it to get in position to... 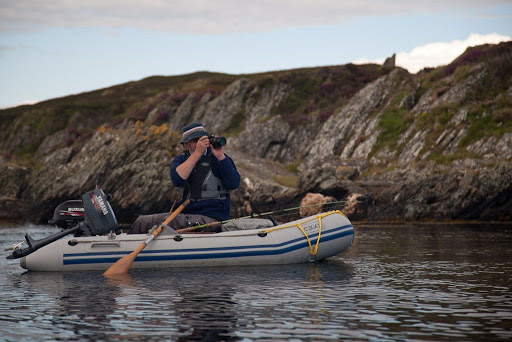 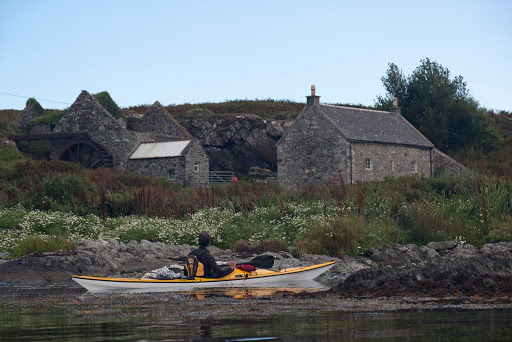 ...paddled right up to the old water mill. It is nearly 200 years old, dating from the early 19th century. The cast iron water wheel and lade are still complete. Donald and I did not venture close as a huge cloud of voracious midges descended on Phil, leaving only a fuzzy grey outline above his cockpit. By the time Phil had paddled clear, he looked quite anaemic. This trouble at the mill did not bode well for the evening's camp!
Posted by Douglas Wilcox at 7:42 am No comments: