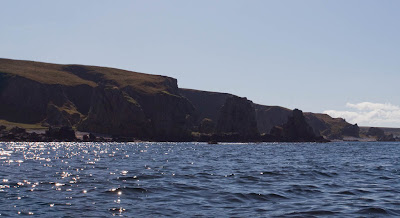 The SW coast of Jura that faces the Sound of Islay has a very complex structure which reveals several past beach levels. Above the current beach there are numerous sea stacks and the base of a cliff which were cut when sea levels were higher. 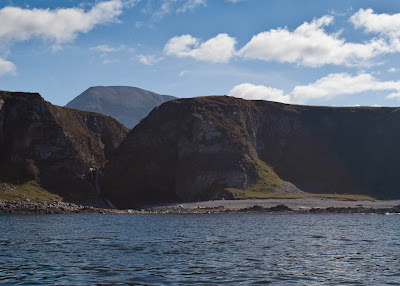 About 10,000 years ago the beach was at the top of the cliff line. The weight of the ice sheet caused the Earth's crust under Scotland to sink into the magma below. As the ice melted the land started to rise and is still rising today. Meltwater from the retreating glaciers has cut steep V shaped ravines through the cliff line below the raised beaches. If these valleys had been cut by glaciers they would have been U shaped. 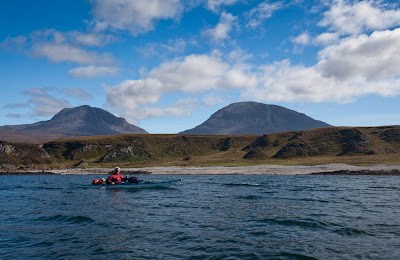 The tide had now picked up to a very pleasant 10km/hour and we were ably to relax and enjoy the view knowing we would make Port Askaig and the ferry in plenty of time. 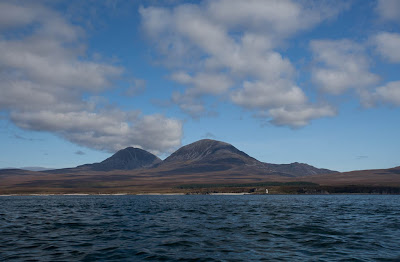 We started a ferry glide across the Sound of Islay once we approached the small Carragh an t-Sruith lighthouse. It has a white flash every 3 seconds.
Posted by Douglas Wilcox at 9:39 pm No comments:

Once round Rubh' a' Chrois-aoinidh, we had left Loch Tarbert on Jura and now entered the Sound of Islay. We still had 14.5km to go till we reached Port Askaig and there was only two hours until we had to be on the ferry. There was some anxiety within the party. However, our detour round Loch Tarbert had allowed the tide to turn and the ebb would accelerate us down the Sound with time to spare! 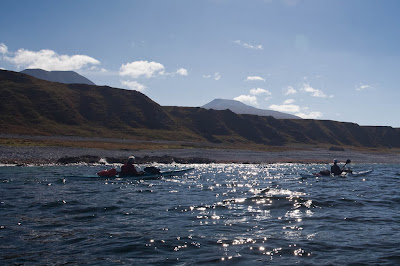 The south west coast of Jura is spectacular with several beach levels. Above us, a pair of sea eagles soared effortlessly on the updraught from the cliffs. One had a yellow wing tag. I am not sure if they were the established pair, from the other side of Jura, or a pair of courting youngsters. 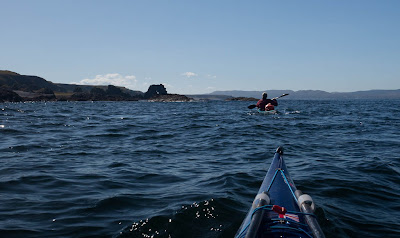 As we approached Brein Phort (stinking harbour) we could see a great basalt dyke which marched down the hill right into the sea. A continuation of this dyke reemerges from the sea on the other side of the Sound of Islay, just north of the Rhuvaal lighthouse. 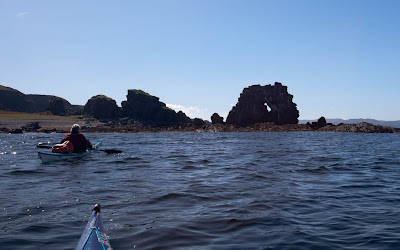 As we drew closer, we could see a hole through the dyke which formed a natural arch. 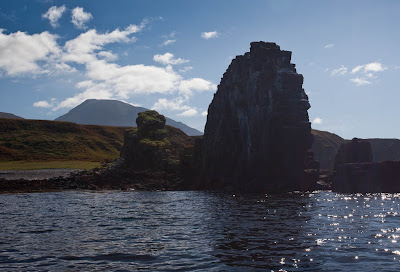 We did not have long to admire this natural wonder... 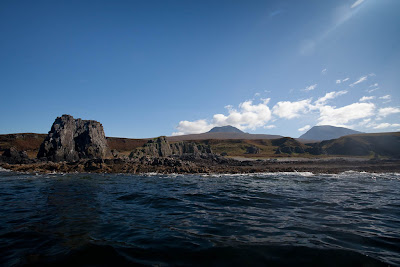 ...we were now in the grip of the ebb tide and we were soon whisked past.
Posted by Douglas Wilcox at 7:53 pm No comments: