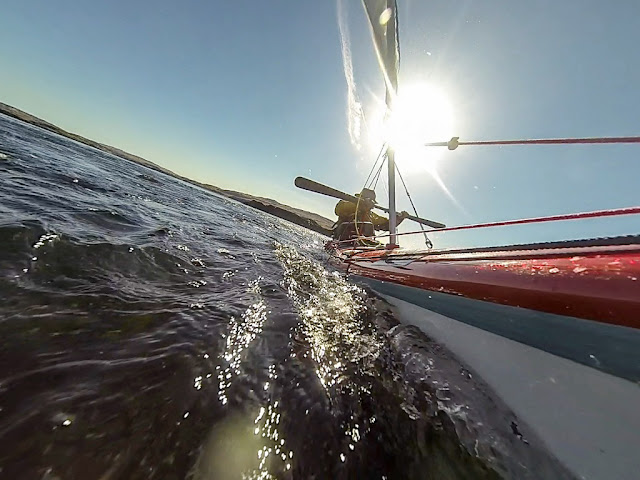 From Cairidh Mhor in Jura's West Loch Tarbert , Tony and I paddled west through the outer tidal rapids, the Cumain Mhor. A F4 easterly wind had got up (as forecast*) and together with the ebb tide accelerating through the narrows we went through at a fair lick. At the point the above photo was taken, I  had to suddenly divert to port as I was heading directly for a rock at 12km/hr. Just as the sail gybed over, the GoPro camera got knocked off by the rock but fortunately I always tie it on. 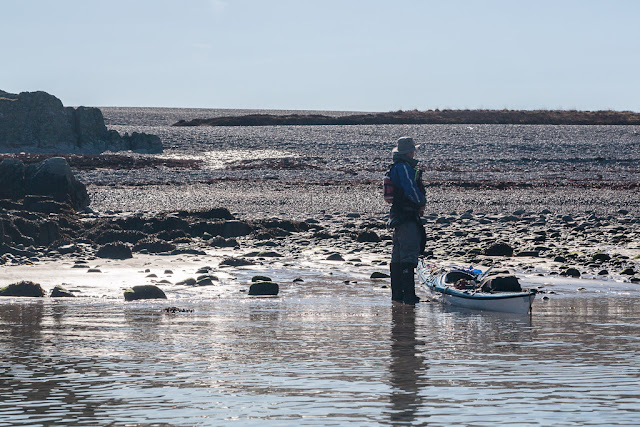 We landed shortly afterwards at... 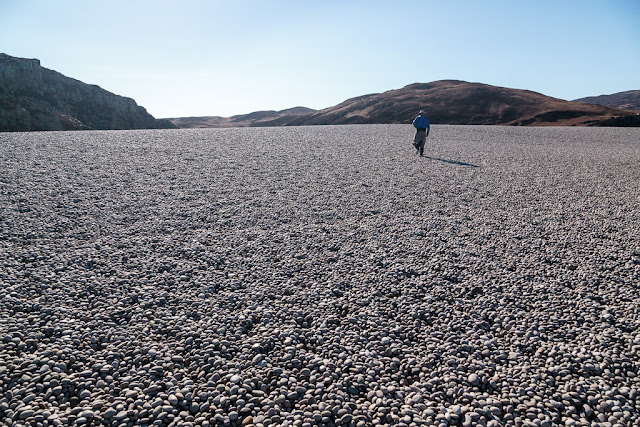 ...what must be Slartibartfast's crowning achievement...

...it is one of Jura's most amazing raised beaches. Each year, for over 10,000 years, more and more of it is exposed as the land has slowly risen after the Ice Age ice sheet melted. 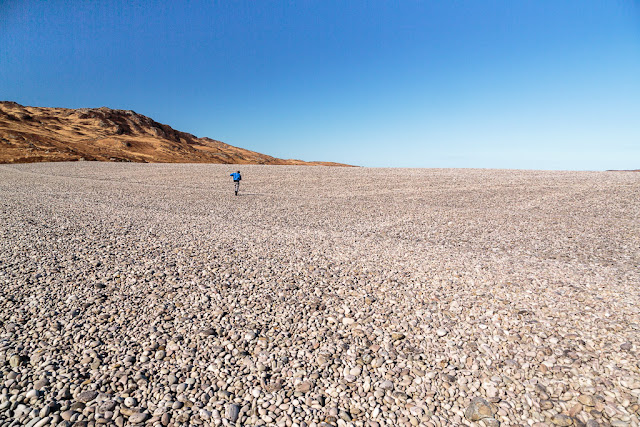 Clean, sea worn pebbles and cobbles stretch upwards as far as the eye can see and at the summit... 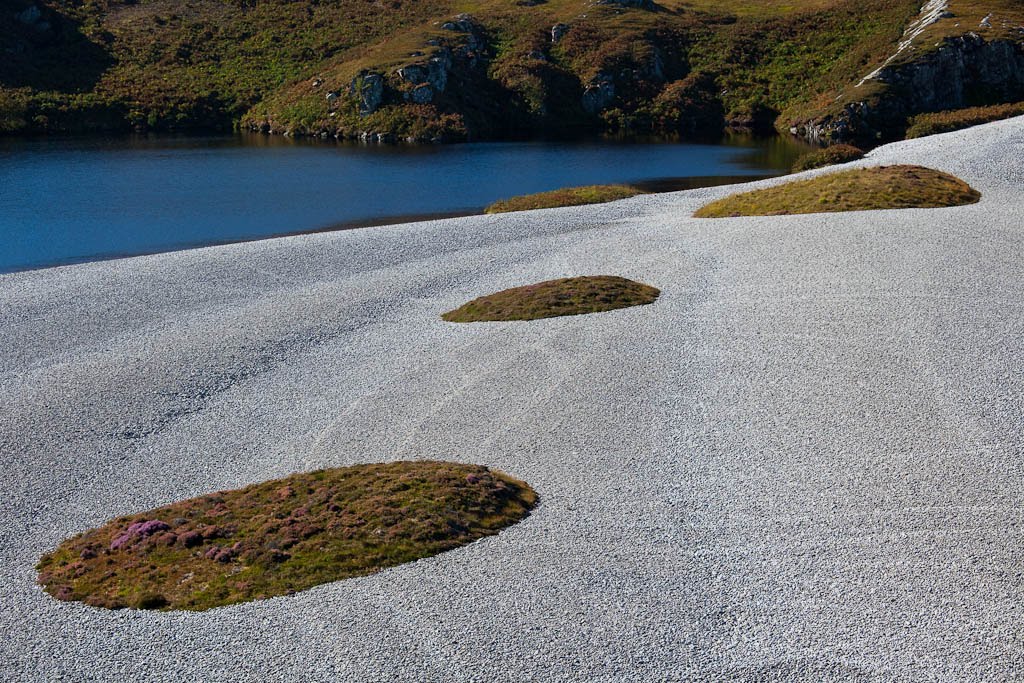 This photo September 2009.
...the tide last went out 10,000 years ago. It has taken that long for these few patches of vegetation to establish. 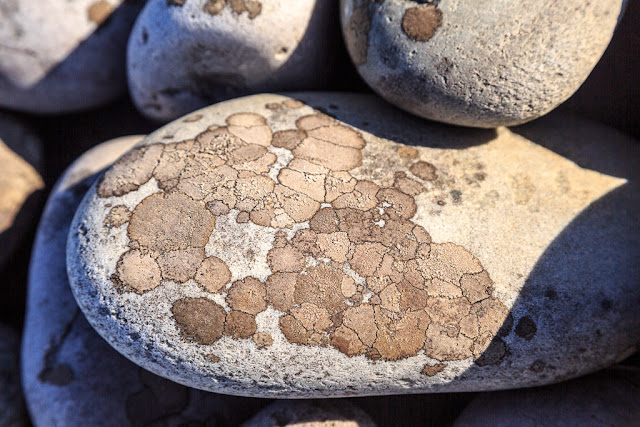 It is at the summit of the beach that the largest cobbles are found. These have ancient colonies of lichens growing on them.

This photo September 2009.
The situation and scale of this beach makes it a unique feature of the British coastline. 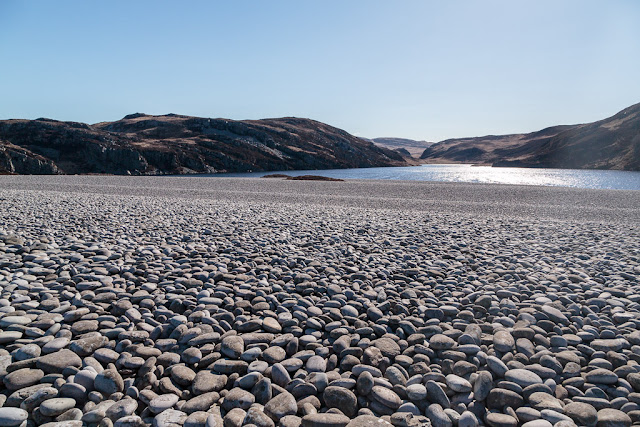 The huge raised beach retains a fresh water loch, Lochan Maol an t-Sornaich, but despite the high rainfall in the area no visible river flows out of it. 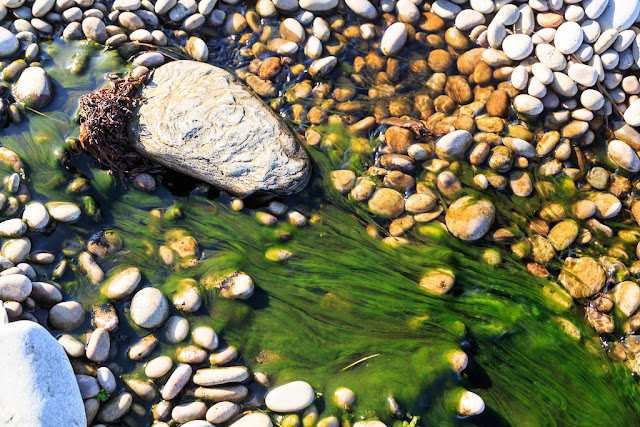 Instead, innumerable springs like this one issue from its base and as the fresh water mingles with the salt water of West Loch Tarbert it creates swirling patterns of refracted light in the sea. 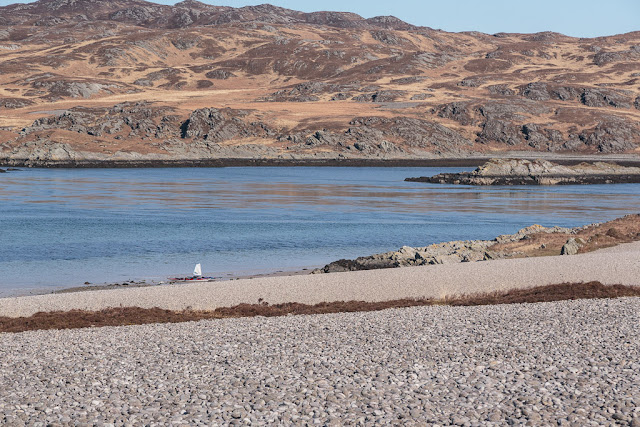 The ebb tide was still pouring out of the Cumain Mhor as we made our way back to the waiting  boats.

*The forecast wind was why we were here in the shelter of West Loch Tarbert. Our original plan for this time during the trip was to be crossing the west end of the Corryvreckan, to the north of Jura. This would have held less appeal given the force 4 gusting 6 easterly wind, see below...! 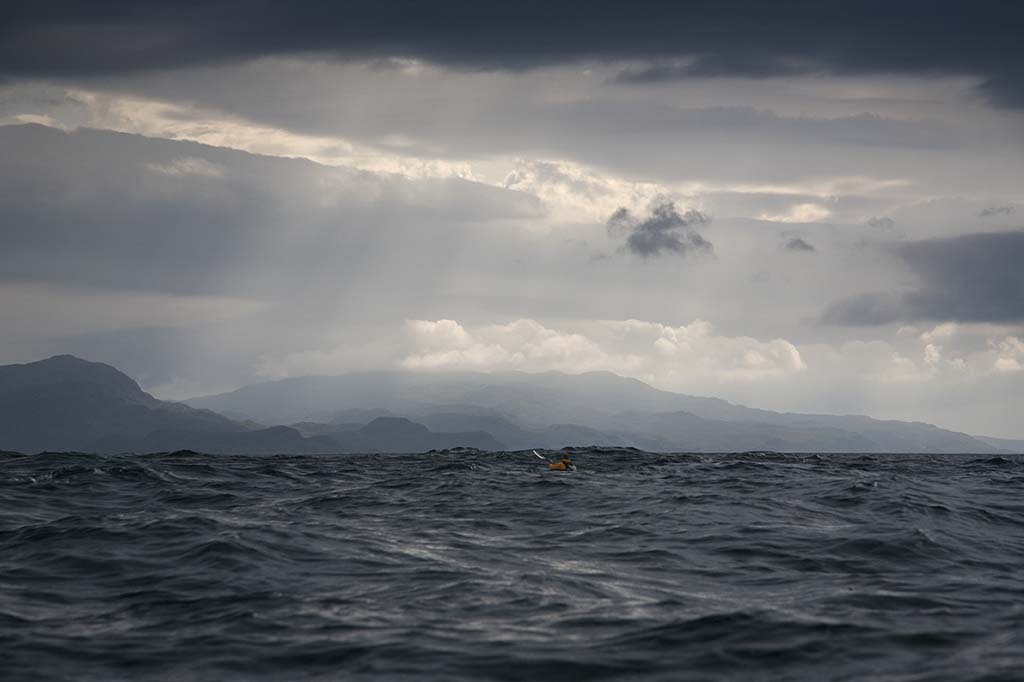 This is approaching the west end of the Gulf of Corryvreckan from the north in August 2008. Jura is straight ahead. It is the last hour of the west going flood tide (travelling at 8 knots left to right) and the F4 easterly wind is blowing with the tide. We are in the calm waters of an east going eddy (also 8 knots). It is quite a committing place!
Posted by Douglas Wilcox at 8:12 pm 10 comments: