The Armada and Spanish goats on NE Colonsay

Our little Armada of kayaks made its way down the NE coast of Colonsay in the most glorious of conditions. 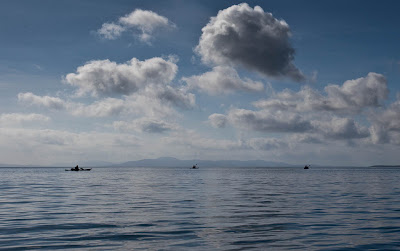 In the distance, the hills of Islay floated above a limpid sea.

As the kilometers slipped gently by, we passed Eilean Olmsa. It was quite difficult deciding which side to pass it on. 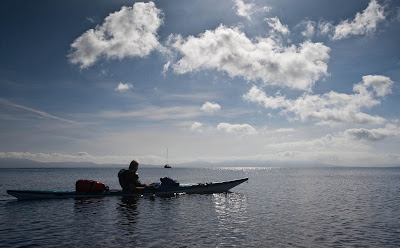 A large yacht resorted to its engine after drifting in the tide, its limp sails had produced no propulsion. 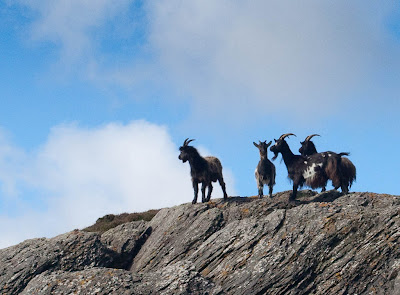 We rounded a headland to discover that our progress was being observed by these goats. Although they are now feral, they are reputed to be descendants of a flock of goats that survived the wrecking of one of the great ships of the Spanish Armada in 1588.
Posted by Douglas Wilcox at 10:29 pm 3 comments: