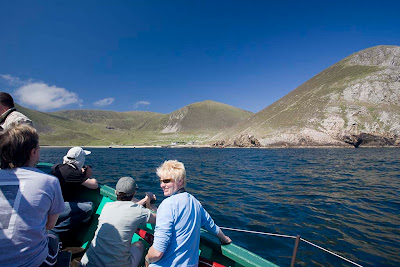 Excitement was palpable aboard the Cuma as she steamed into Village Bay, on Hirta the main island of the St Kilda archipelago. We crowded the foredeck to get a better look! 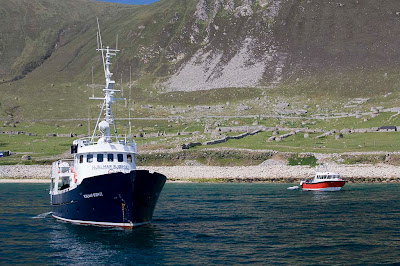 We were not the only tourist boat to arrive ,there were 4 others of various sizes from the 2000 ton Russian Aleksey Maryshev to the small red boat above. With a force 6 southerly forecast for the following day all the others left and the Cuma was the only vessel to stay the night. 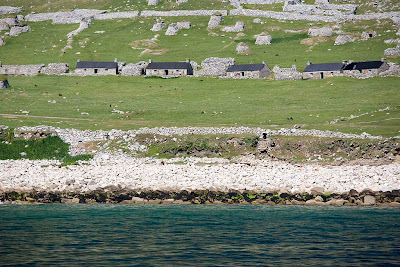 The village street was clearly visible behind the shore. The houses which have recently been re-roofed were supposed to be an improvement on the old black houses whose stones can still be seen between the more modern houses. The black houses had thicker walls with round corners and with their thatched roofs were better insulated and less noisy in the incessant winds than the modern square built houses with tin roofs. Wild Soay sheep can be seen grazing round the cottages. 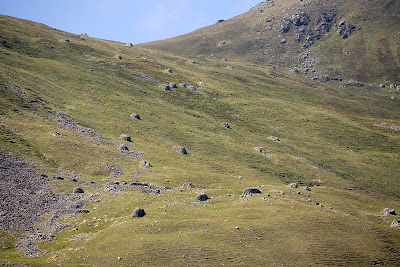 All across the island these stone built cleits served as stores for dried birds and ropes.

We had arrived on one of the few light wind days of the year but it would be windy tomorrow....