The islands and channels of inner Loch Moidart

Rounding the east end of Sona Beag we allowed the ebb tide to carry us towards distant Tioram Castle. The source of the smoke we had seen earlier was on Riska Island and I wondered if our friends over on Song of the Paddle were camping there with a pot bellied stove! 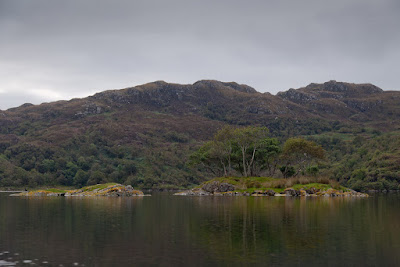 Loch Moidart has many delightful wooded islands of all sizes, from the very small... 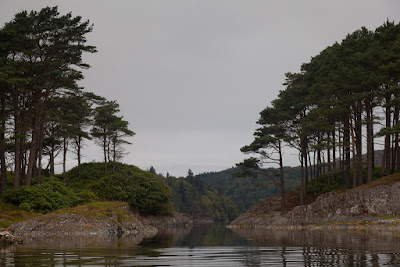 ...to the slightly bigger. 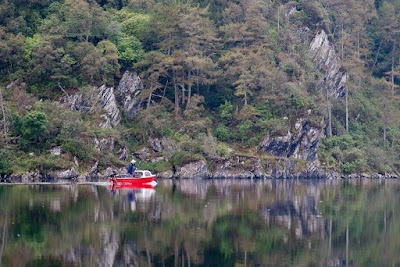 Donald stuck to the deeper water along the southern shore... 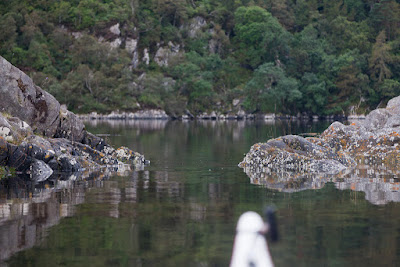 ...but I slipped through the most ridiculously narrow channels  round Eilean an Fheidh. 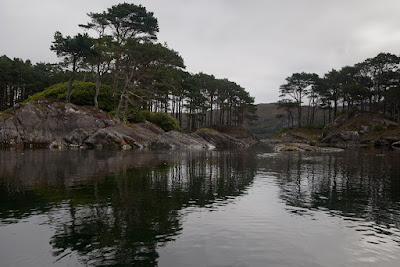 Drifting along in this fantastic spot was... 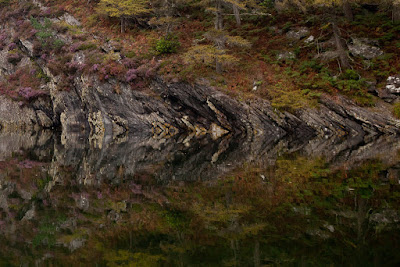 ...like waking from a dream, sometimes it was difficult to separate reality from fantasy. 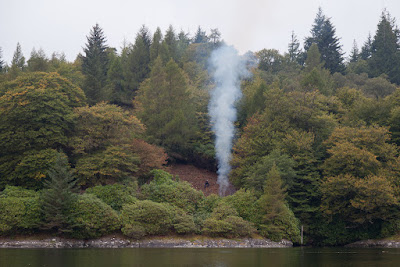 As we approached Riska Island, we heard a chain saw working hard. I still thought it was a party of open canoeists. It's quite amazing what they carry in those boats! However, it proved to be forest workers clearing that plague of the West Highlands... the rhododendron.
Posted by Douglas Wilcox at 7:00 am No comments: