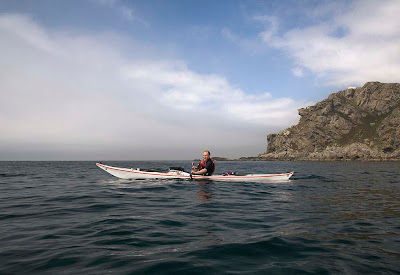 Once we had rounded Rubha na Lice, to the south of the Mull of Kintyre lighthouse, the fog started to lift. Sadly an RAF Chinook helicopter crashed here in thick fog in 1994. All 29 people on board were killed.
Photo Tony Page. 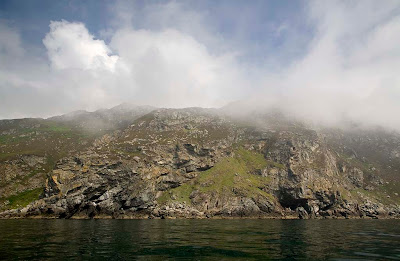 The wild landscape, which we had paddled past without seeing, was at last revealed. 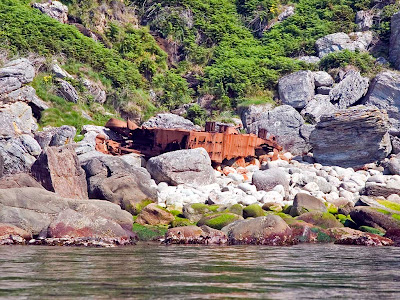 The coast was littered with the wreckage of ships. 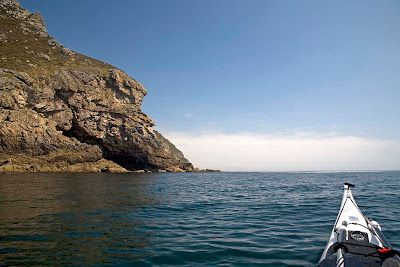 We approached the final major headland of Sron Uamha at 13:46. If we had arrived at 11:40 then we would have met what the Admiralty Pilot gives grave warnings of: a delightful tidal phenomenon of "rollers break on the beach". 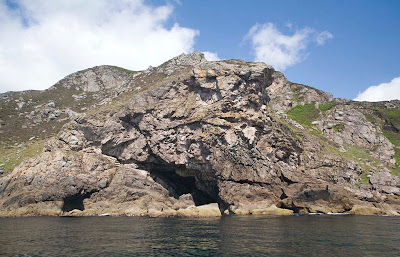 As it was, we passed Sron Uamha (Point of the Cave) while all was quiet. 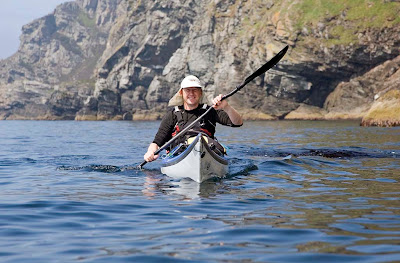 Our mood lifted as we left the scene of so many wrecks and such loss of life. The sun now burned strongly in the mid summer sky.