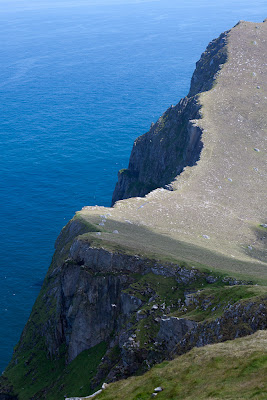 We climbed from the gap towards the summit of Conachair, keeping clear of the cliff edge. 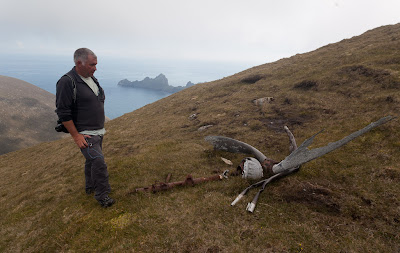 Just below the summit of Conachair we came across the sad remains of an RAF Beaufighter aircraft. We had already seen its other propeller beside the chapel by the shore. We bowed our heads thinking of the deaths of two young men Sgt William Duxbury  and Sgt Stanley Thornton both of the RAFVR. Their bodies were never recovered as most of the wreckage plunged on over the cliff and into the sea over 400m below. 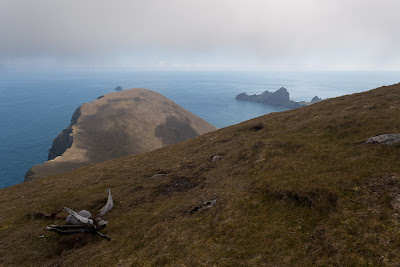 On the night of 3-4 June 1943, during WW2, their Bristol Beaufighter (number LX798) was on a navigational training exercise from the RAF base near Port Ellen on Islay.  They had probably been out to Rockall before making for St Kilda where it crashed into Conachair. Here is a moving first hand account of another Beaufighter crew from Islay that flew over Rockall and St Kilda then crashed over Eire but survived to tell the tale. 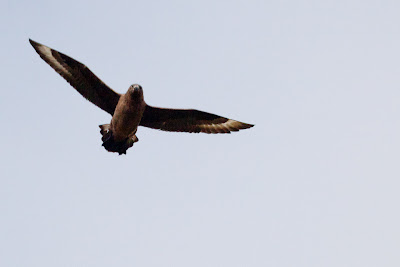 As we approached the summit of Connachair, we came under sustained aerial attack from another type of air fighter... 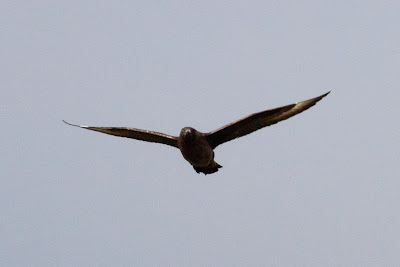 ...bonxies or skuas swept in at head height... 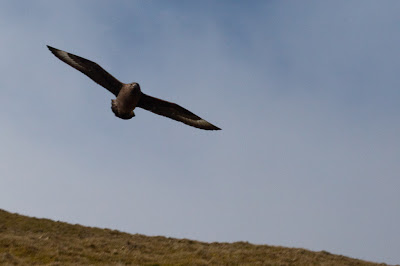 making straight for our eyes. 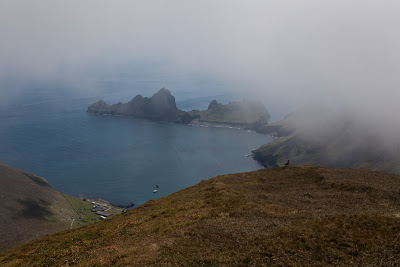 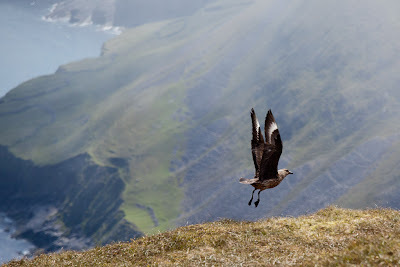 ...and were not going to give up without a fight. 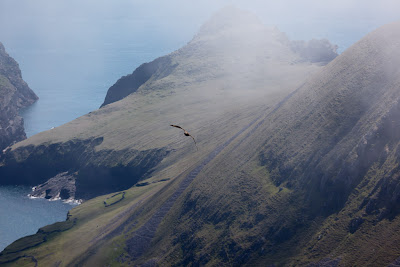 They soared round the slopes in a display of aerial mastery. Bonxies are a relatively recent immigrant to St Kilda. They prey on the gannets, harrying them till they give up their catch. They also eat the remains of the Soay sheep that now litter Hirta, since the departure of the St Kildans. Some years 1,000 sheep will dye of starvation and parasites. On my last visit in 2008, I saw a pair of bonxies eating a live lamb, while its mother stood by helpless. Every time she moved in the bonxies went for her eyes. I suspect that the arrival of the bonxies is due to the complete lack of animal husbandry of the Soay sheep. 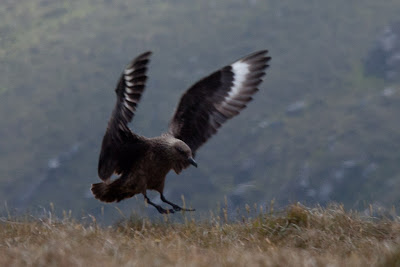 We kept clear of anywhere they landed... 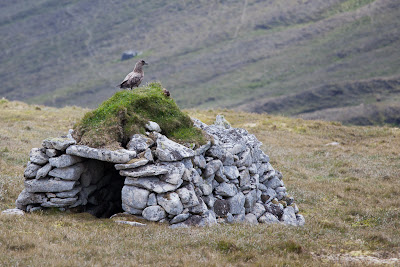 ...in case that is where their nests were. 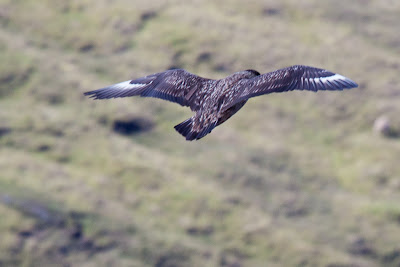 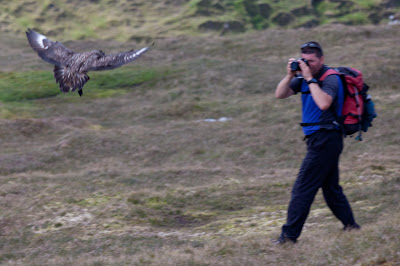 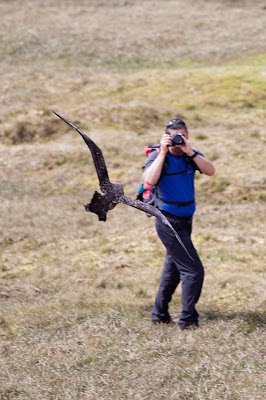 ..and struck him on the head. We were quite glad when they stopped following us.
Posted by Douglas Wilcox at 12:42 pm 2 comments: