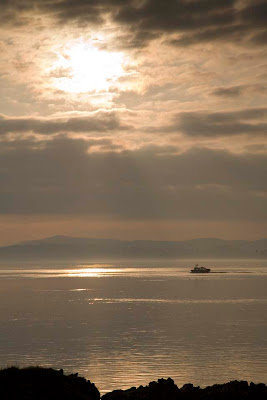 A charter boat enters the Corryvreckan at dawn to pick up a party from the Glengarrisdale bothy. I wonder if they had managed to drink all their supplies and if they were ready? 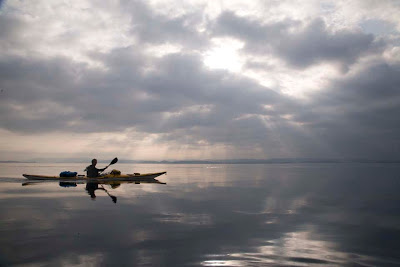 It may be calm but the water is accelerating and it is against us! 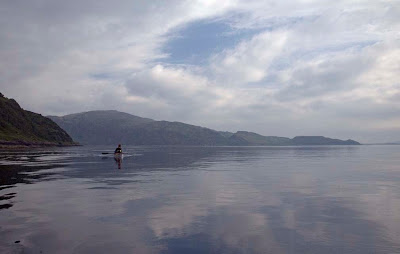 Looking back to the Corryvreckan. Tony decided it would be fun to paddle back to Carraig Mohr with the start of the flood back into the Corryvreckan. I was not so sure and what I did not realize is that Tony thought Maol Eilean was Carraig Mor (which was actually a half kilometer further on). So Tony hung back at Maol Eilean while I paddled on down the accelerating slope! Fortunately I managed to break out next to the rocks. I then had a stiff paddle back round the point, much to Tony's amusement!. This was at 07:39 am two days after neaps and slack water before the start of the flood was predicted to be 06:59. A few minutes later and we would have been back on the west coast of Jura! 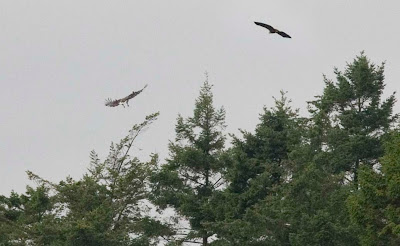 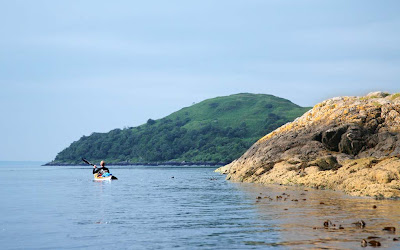 A blink of sun on barnacle covered rocks on the east coast Jura. The north going flood was building against us all the while so we eddy hopped up the coast. Breaking through the current round each headland was tricky as it was all too easy for the bow to swing wide carrying us far out into the strongest current. The sharpest eddy line we met was at Rubh' an Truisealaich, just round the green hill above. After that the current dropped and in places we had a helpful counter eddy. 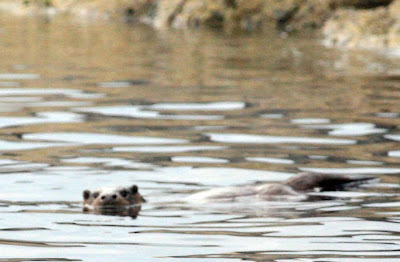 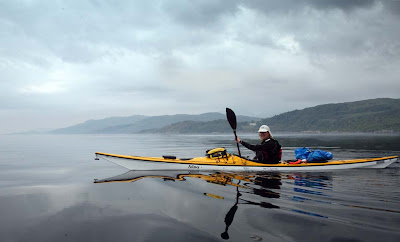 Tony with the Paps of Jura disappearing into the mist. 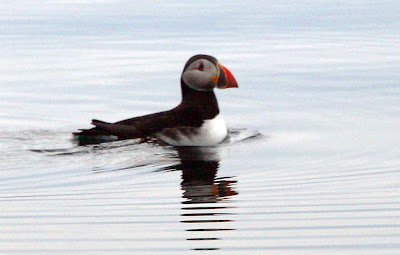 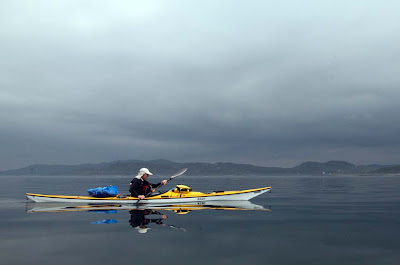 A last blink of sun while crossing the Sound of Jura and approaching the Knapdale coast. This was the end of a perfect weekend. We arrived at Carsaig Bay just as the drizzle started and the midges came out.
Posted by Douglas Wilcox at 11:30 pm 7 comments: