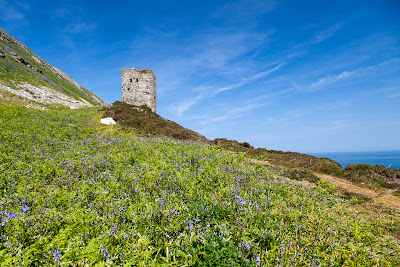 I had brought two walking poles and I was determined to get up to Ailsa Craig castle which is about a third of the way to the summit. After a steep climb the final approach was through this field of bluebells. 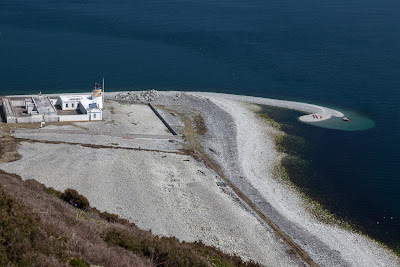 The lighthouse and the spit we landed on gradually receded as we gained height (somewhat painfully in my case). 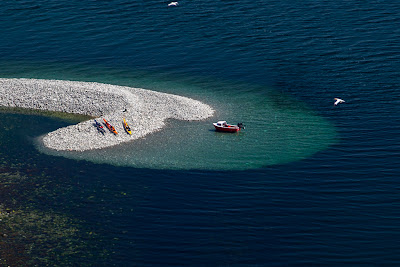 The temporary spit is a remarkable and beautiful feature of this side of Ailsa Craig. 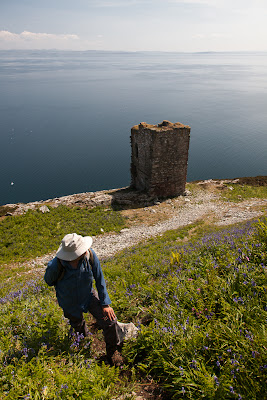 On reaching the castle I took another couple of NSAIDs for the pain in my bad knees and decided to try and make the summit. I had to give up hillwalking in 2004 but I had spent 5 days a week in the gym during the last winter and was determined not to let all that effort (and the pain of knee surgery) go to waste. Donald gave me a punt up the steeper bits and my shoulders heaved on the poles and took the strain off my quadriceps. Eventually... 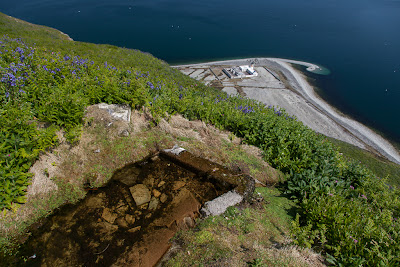 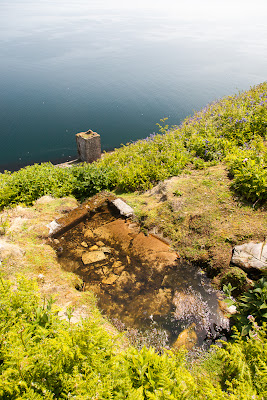 ...supplied water and guano to the castle. The inhabitants might have needed a rather different type of medication than NSAIDs.
Posted by Douglas Wilcox at 11:02 pm No comments: