Tourists fled from Castle Tioram on our approach. 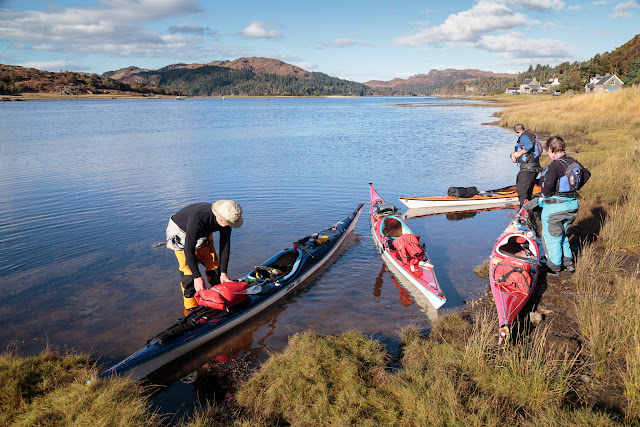 We were quite hot by the time we had finished the portage and manoeuvred the boats over a salt marsh to the edge of Loch Moidart where we... 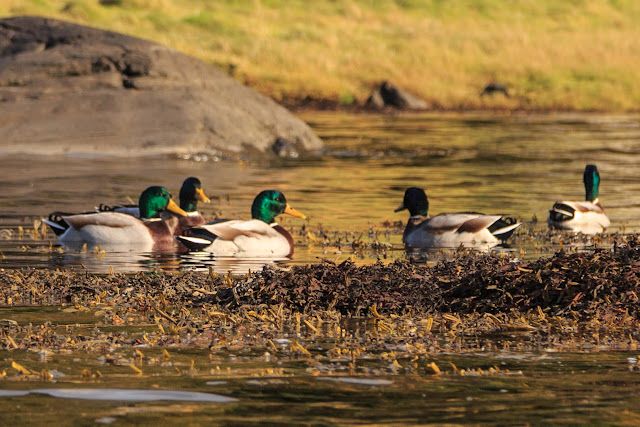 ...joined these mallard ducks on salt water (for the first time in this trip.) 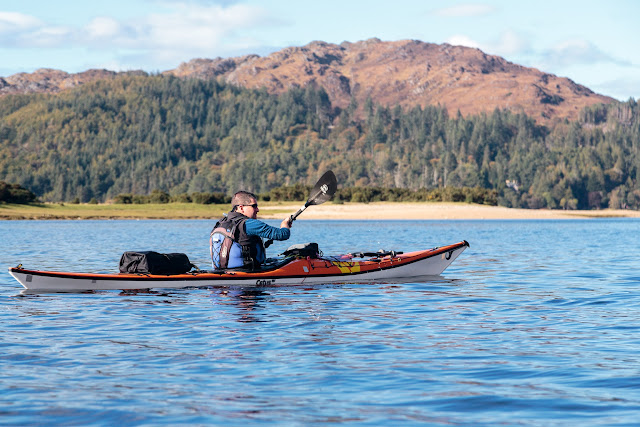 I always love that feeling of weightlessness when you paddle a heavily loaded boat away from the shore. 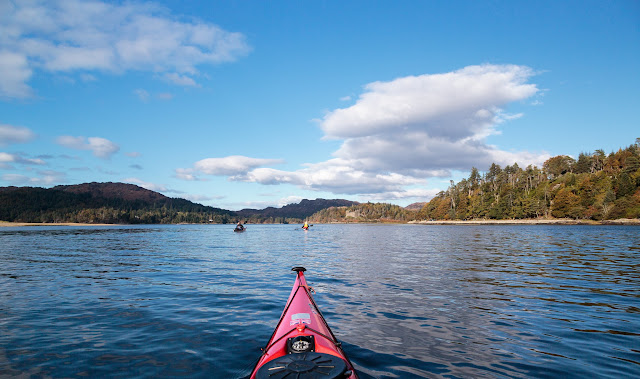 We were not going very far. We still had to do second luncheon and we needed to wait until the flood tide had filled the tidal north channel of Loch Moidart. 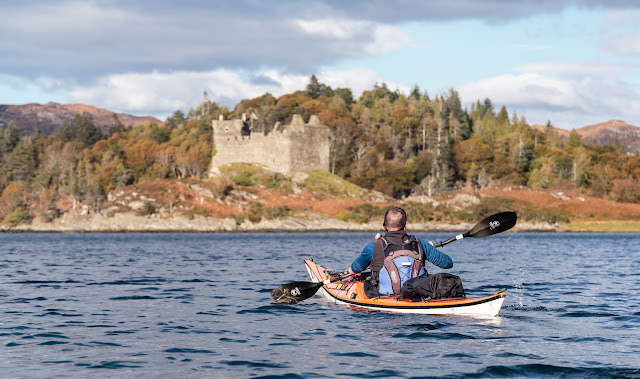 Castle Tioram (pronounced Cheerum) sits on a tidal island and would make an ideal place to stop. We saw various tourist fleeing the island as the rising tide threatened to cut them off. However we would not have the castle entirely to ourselves... 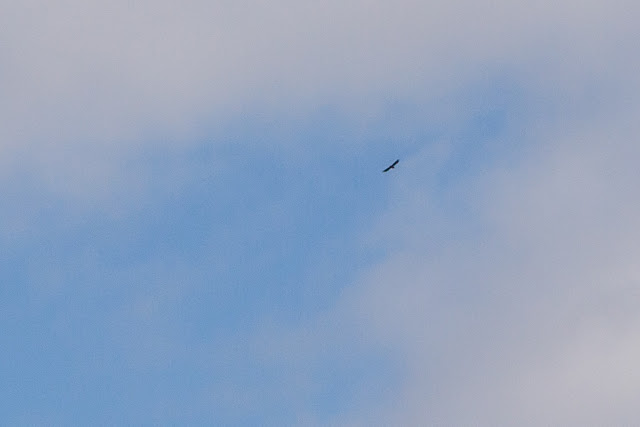 ...this magnificent sea eagle was wheeling overhead on its great barn door wings. 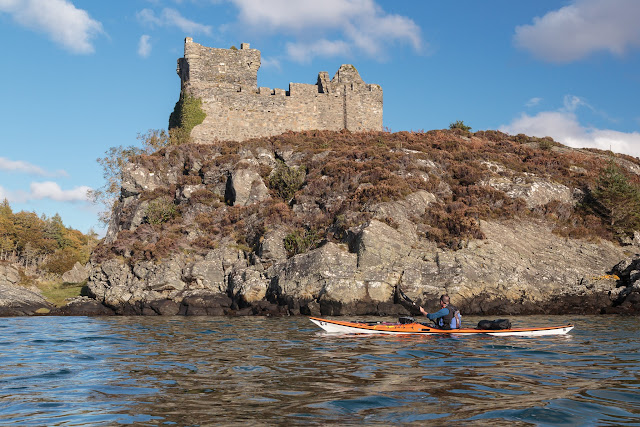 I always associate Tioram Castle with the birl of the bagpipes because on my first visit,  there was a piper playing at the foot of the castle wall. He was not a local, in fact he was on holiday from Nova Scotia! The sound of the pipes echoing from the castle walls and the misty cliffs round lonely Loch Moidart was spine tingling. I nearly expected to see the Young Pretender himself being carried up the loch in a birlinn.

At first it looks like there is nowhere to land as the grey walls of the castle merge into the grey rocks of the isle which fall steeply into the sea but... 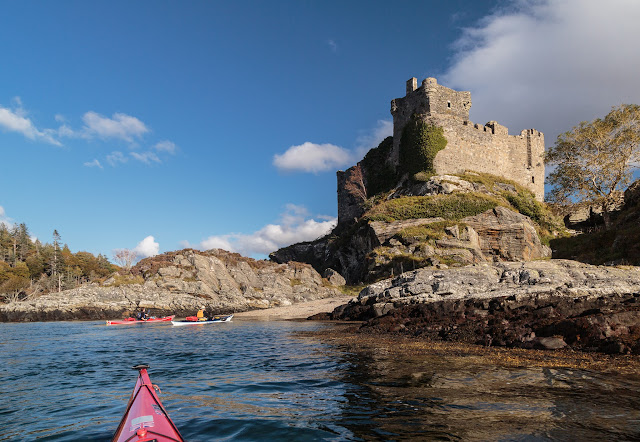 ...turn a corner and there is as delightful little beach. However, who knows what grisly deeds took place there in the castle's heyday?

Tioram was the ancestral home of  Clan Ranald from the 14th century. The family owned the castle until the early 20th century, though it has been a ruin since  the early 18th century. The castle currently belongs to a Scottish businessman, Lex Brown, who has been in a long battle with Historic Scotland to restore the building to a habitable state. 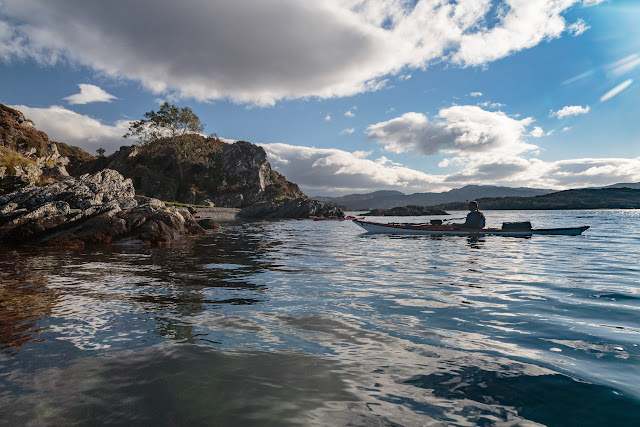 We spent a lazy hour as the tide rose and I even managed a swim in the 11C water then it was time to continue our exploration of Loch Moidart.