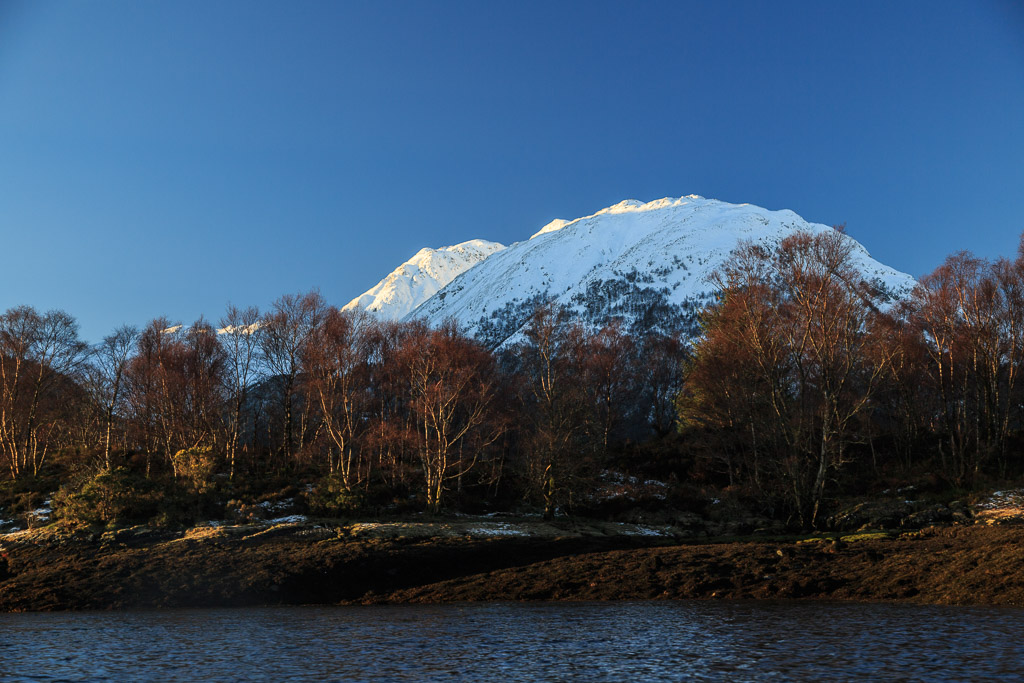 From Poll an Dunain we enjoyed a view of the sun catching the high ridges of Creag Ghorm 758m which rises steeply behind the Ballachulish Hotel from where we had set off. 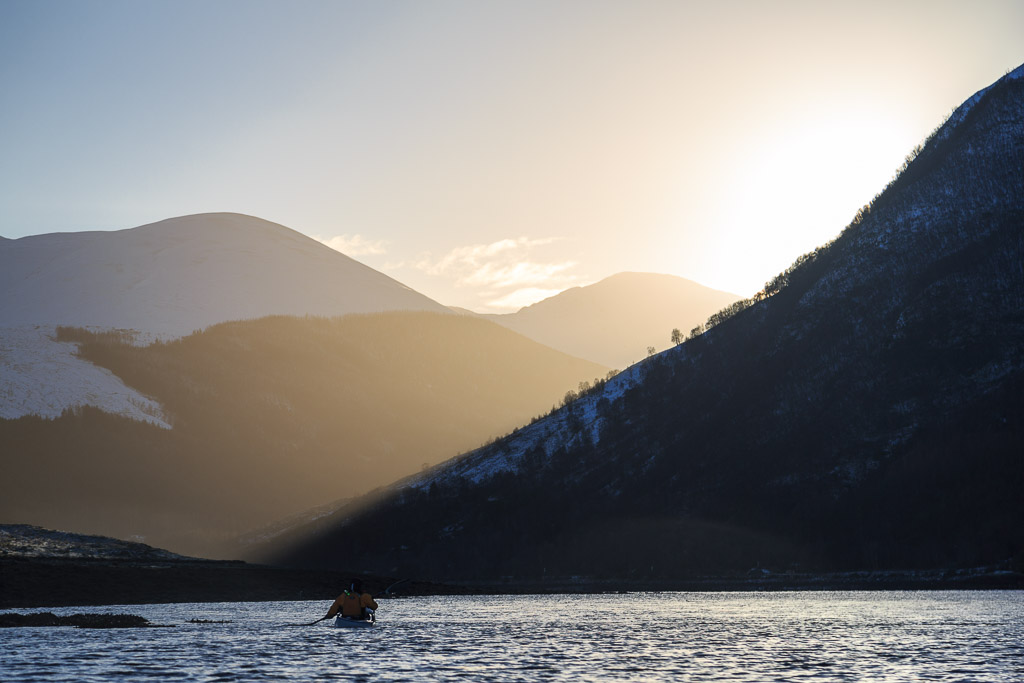 Although we were still in deep cold shade the sun was beginning to... 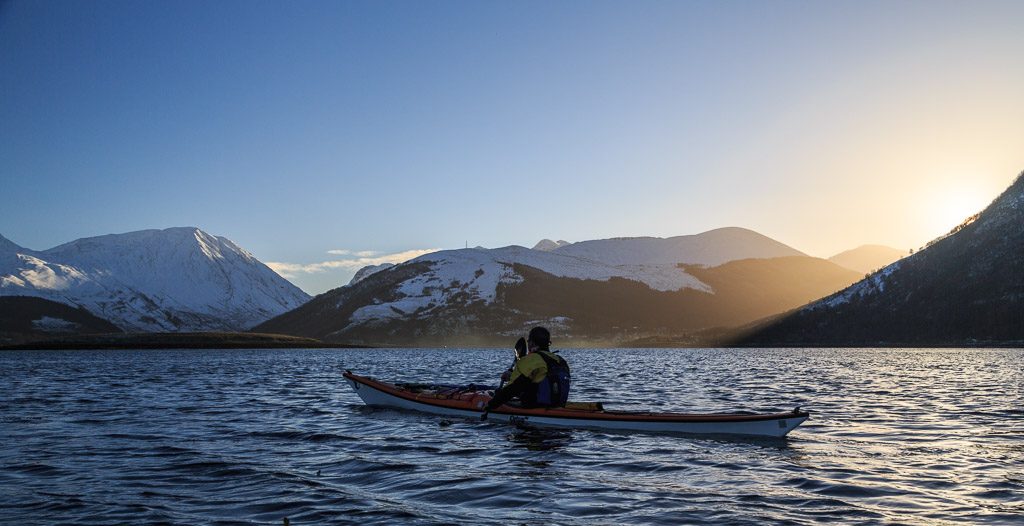 ...rise above the deep valleys on the south side of the loch. 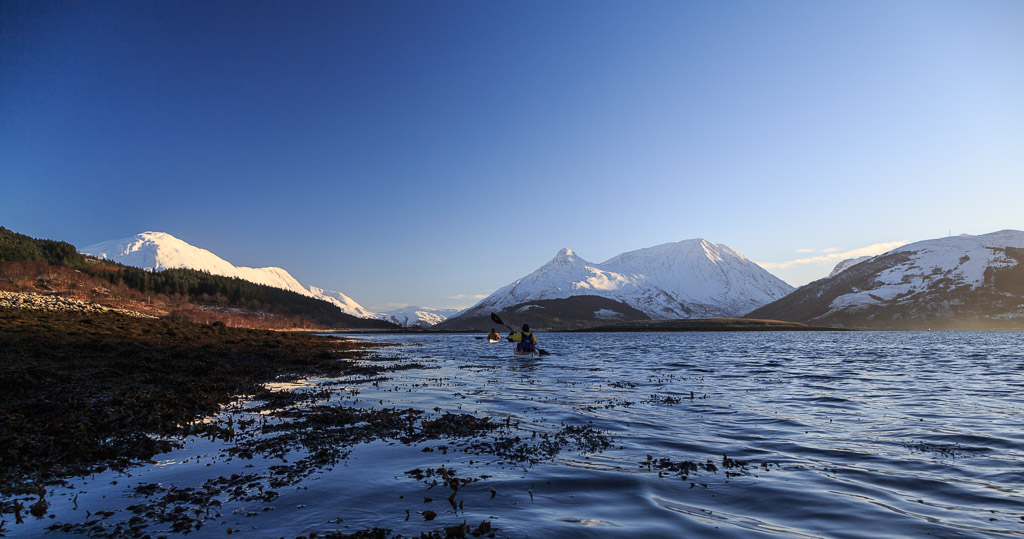 We now enjoyed a view of one of the most iconic mountains that surround Loch Leven. 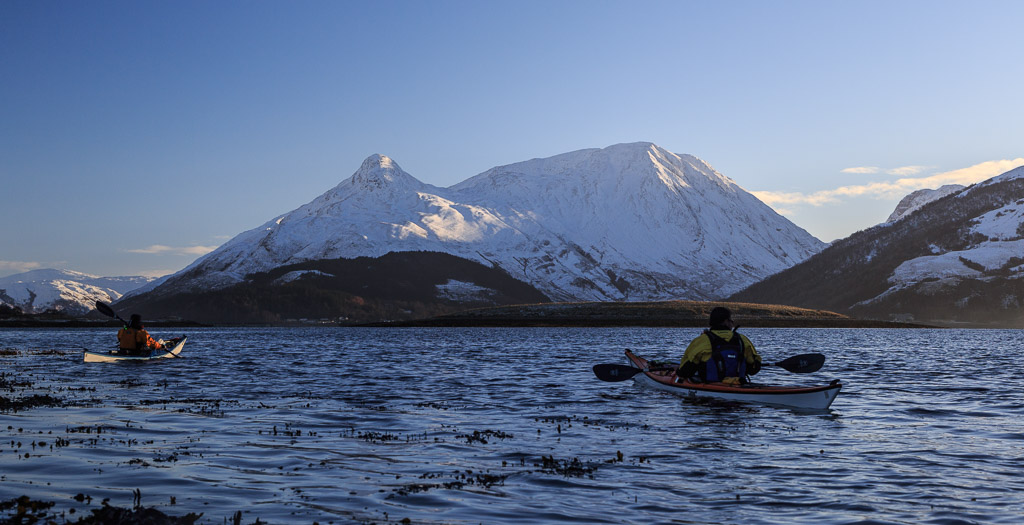 Sgorr na Ciche is only 742m high but it is a proper mountain with a fantastic view of the loch. 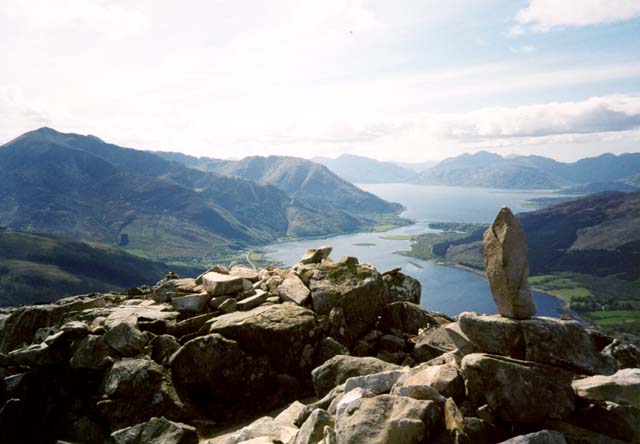 I was last on its summit in 1998. It was late in the day in summer. We had just traversed the Aonach Eagach ridge to its east and were in the coll below its summit. We just started to ascend the peak when a man came down the steep slope above. "It's a bit late in the day to be going up there, it's quite a challenge" says he. "Well, I think we are ready for a challenge" says I.. "Well you will need to be very careful the ground is much rougher up there, what way did you come up here?" says he. "Actually we came down to here, we have just come along the Anoach Eagach ridge." says I. "Oh" says he and he scurried off down the path. 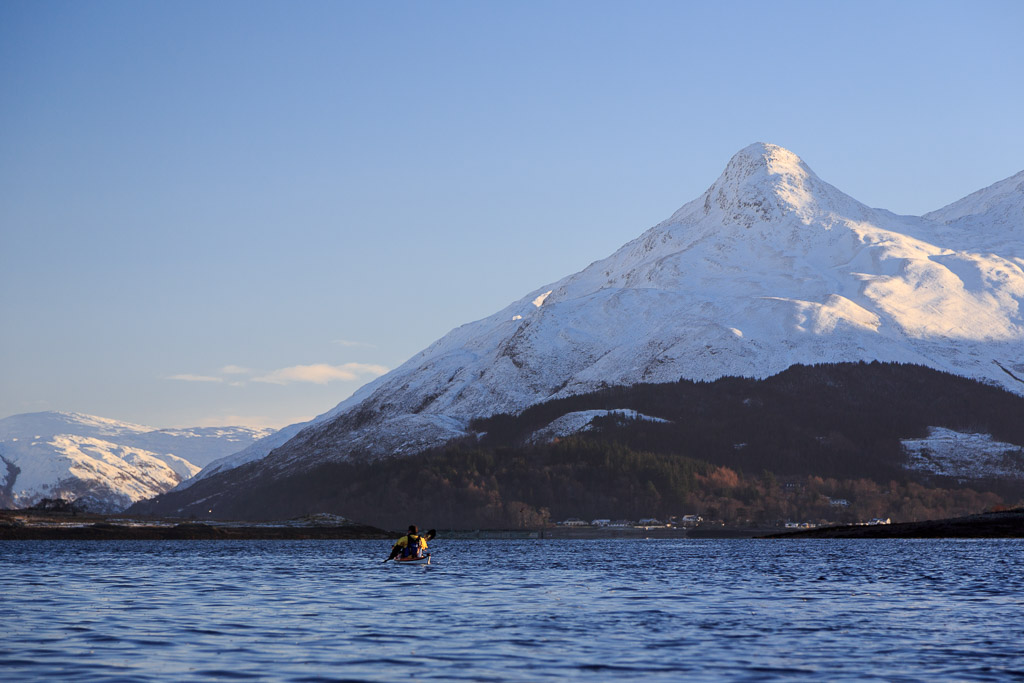 The English name is Pap of Glencoe and Ciche means a young woman's breast. 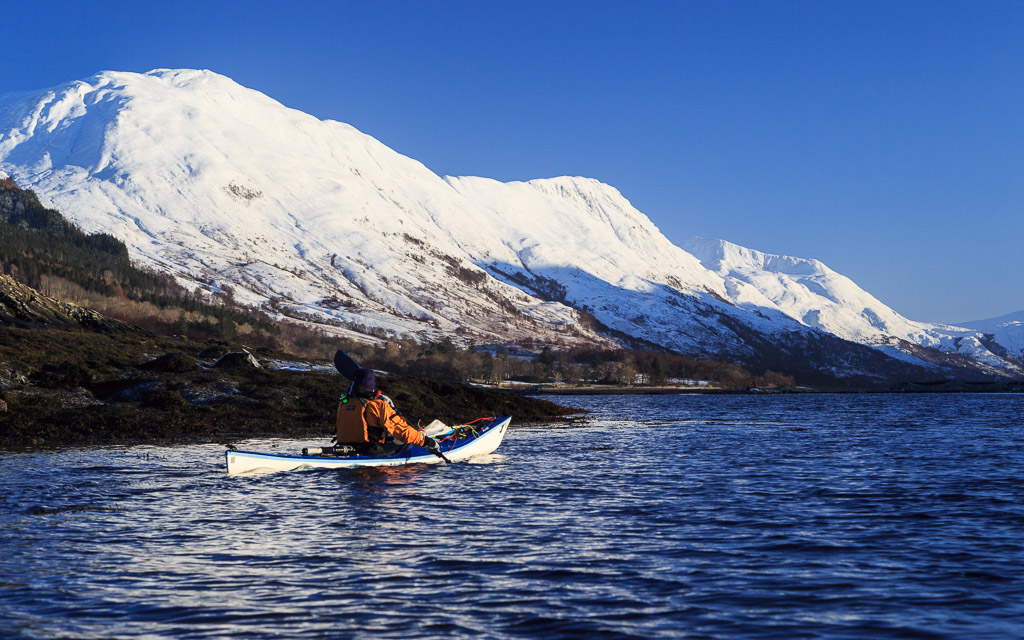 In contrast, Mam na Gualainn  796m on the other side of the loch is named after the rounded breast of a more mature woman. 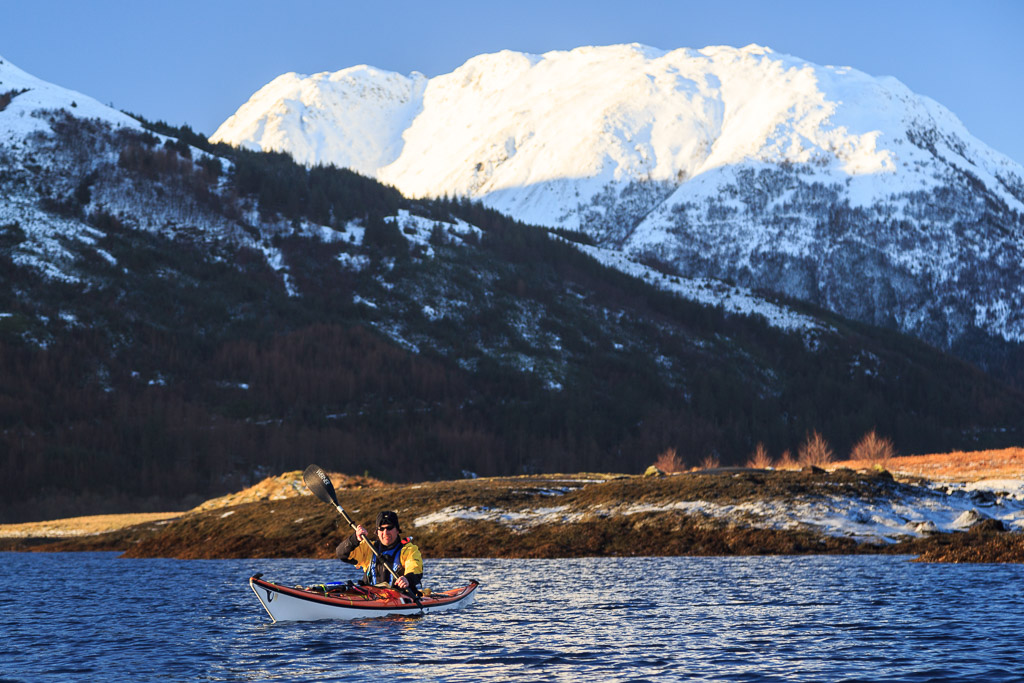 There was little wind but what there was was straight into our teeth from the east and the cold heart of the high mountains beyond. 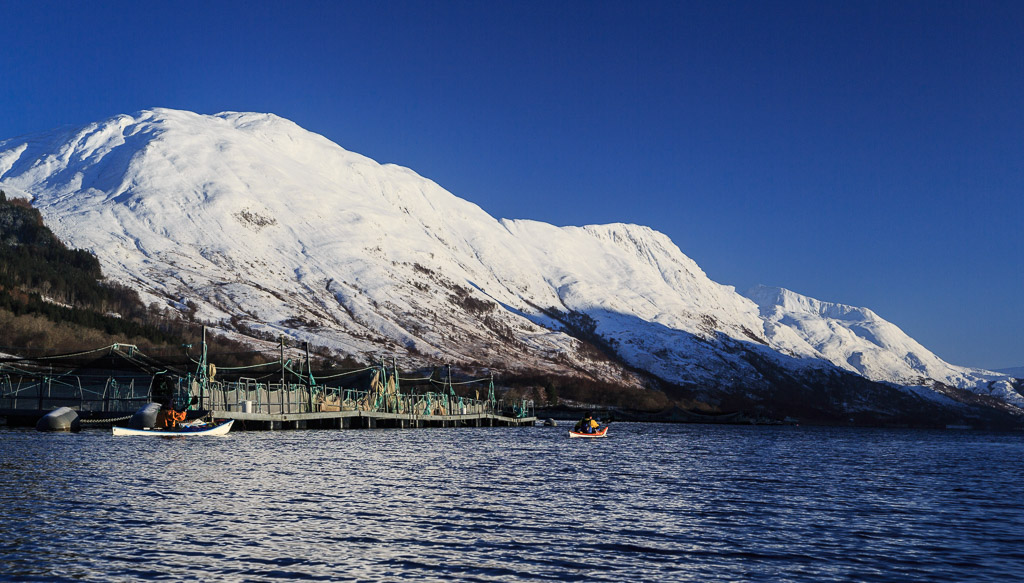 We had to paddle out in to the loch to get round a huge salmon fish farm. We had enjoyed delicious local salmon in the hotel the previous night so could not complain too much. In the far distance we could now see the steep south ridge of Am Bodach 1032m which rises steeply from our destination, Kinlochleven. It is part of the Mamore range, the big rounded breasts. 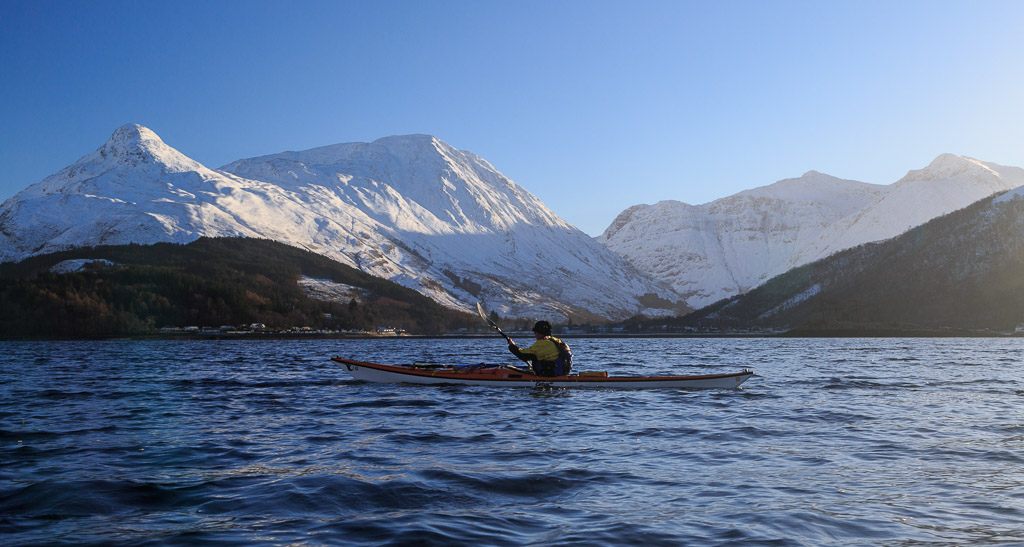 As we passed the mouth of Glen Coe we had a wonderful panorama of the mountains on both sides of the glen: Sgorr na Ciche 742m,  Sgorr nam Fiannaidh 967m, Stob Coire nan Lochain 1115m, and Bidean nam Bian 1150m. 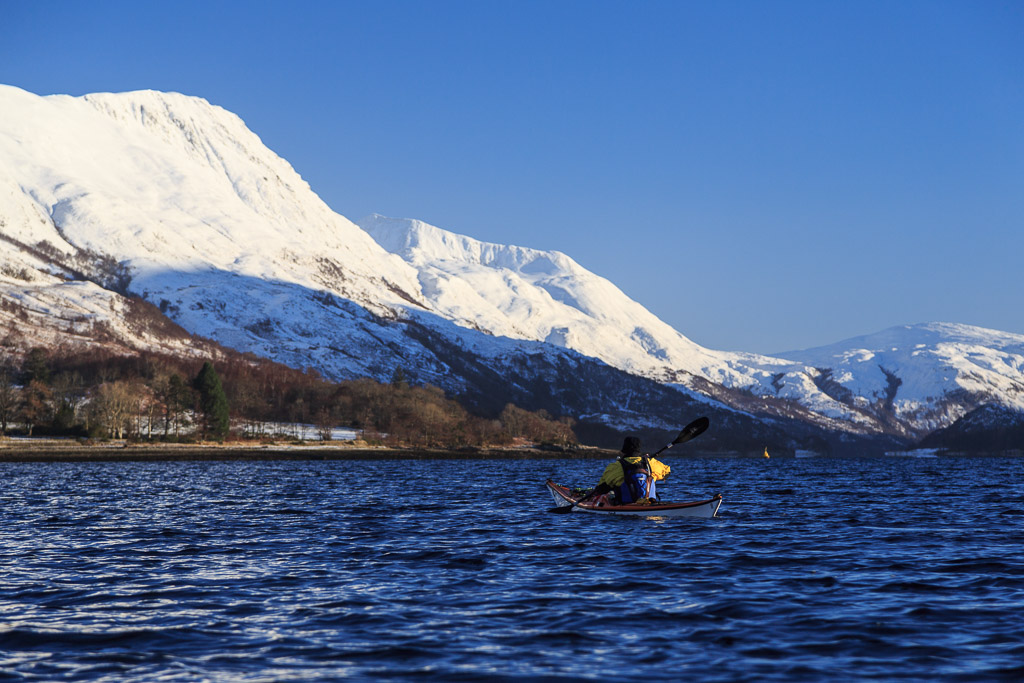 It was at this point that the plastic body of my thermometer cracked in the cold. It would never again register above zero. We were getting colder by the second in the biting wind.

At last we spotted what we were looking for...

...a little beach, out of the wind with some nice rocks... 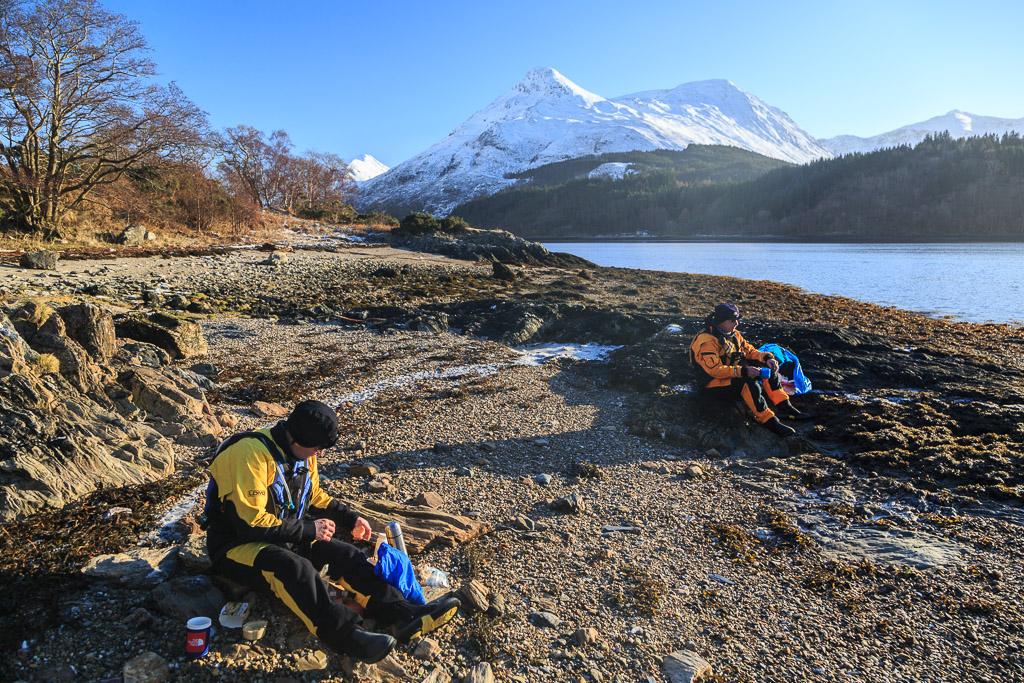 ...to sit on and in full sun. It was a great location for first luncheon as we knew we would soon be entering the perpetual shade of the upper loch. 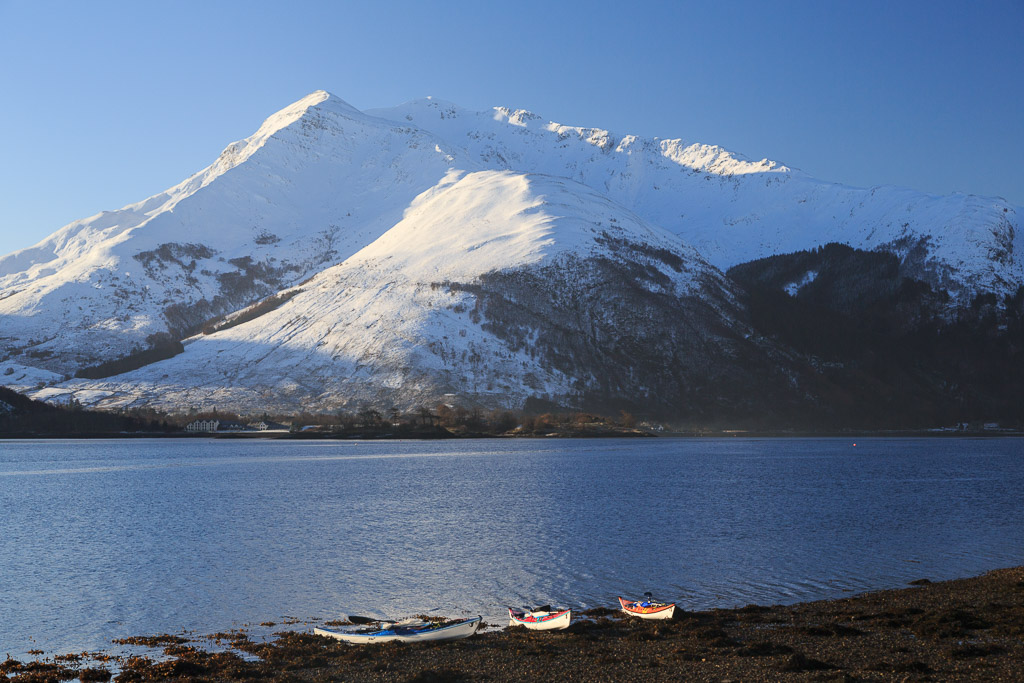 It also enjoyed a great view across the loch to the... 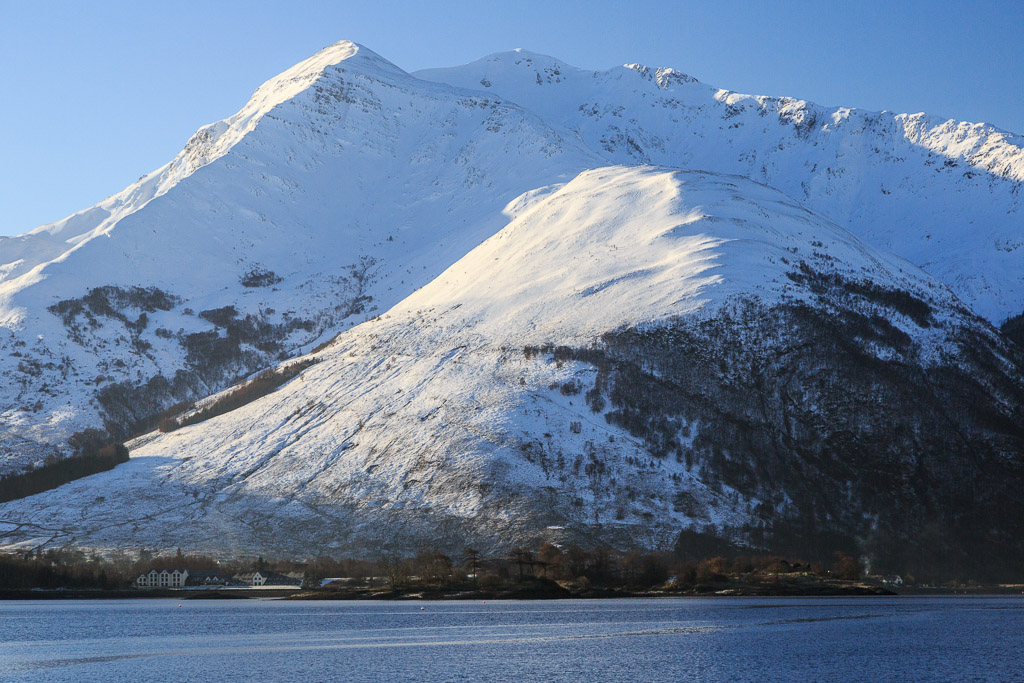 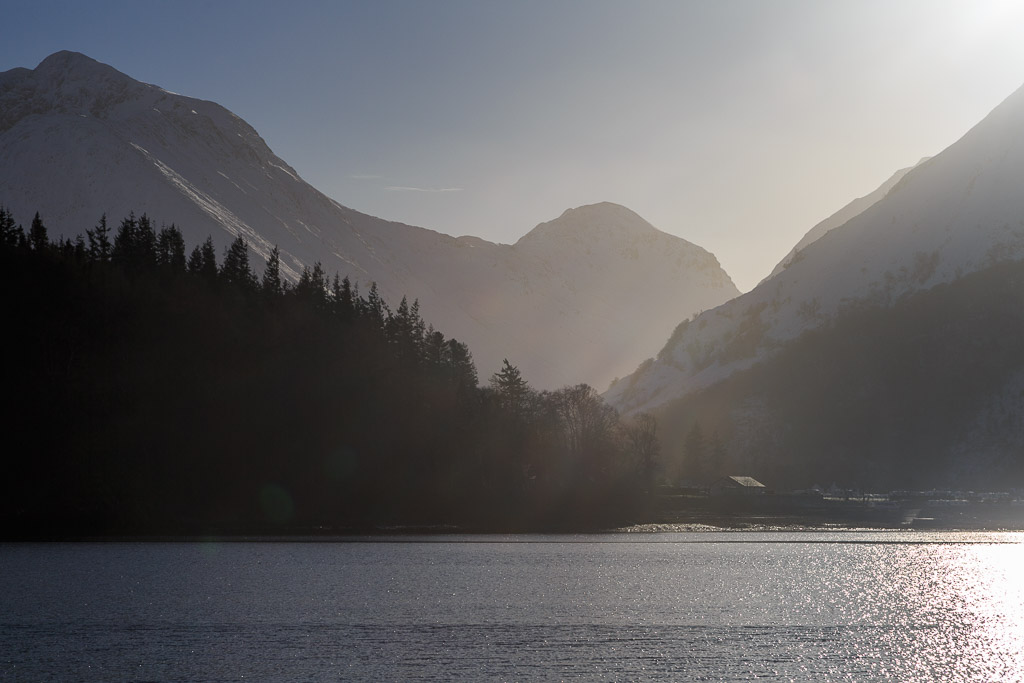 Below Bidean nam Bian the sun was lighting the Fionn Ghleann, the fair glen.
Posted by Douglas Wilcox at 11:03 am 6 comments: