Para Handy, wartime ops and a wee touch of oil in Caladh Harbour. 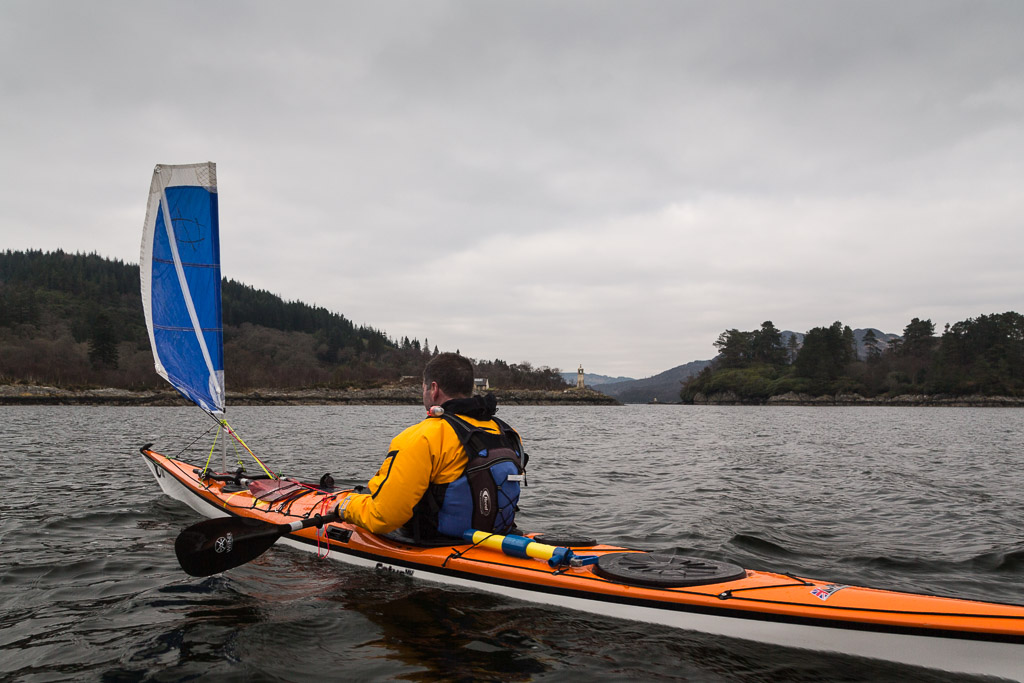 From Buttock Point at the north end of Bute we set off across the west Kyle for the Cowal shore.

We were bound for Caladh Harbour, which has both a north and south entrance, each marked by a white stone beacon.

The thickly wooded island is called Eilean Dubh (the Dark Island) and it gives  shelter to the harbour. 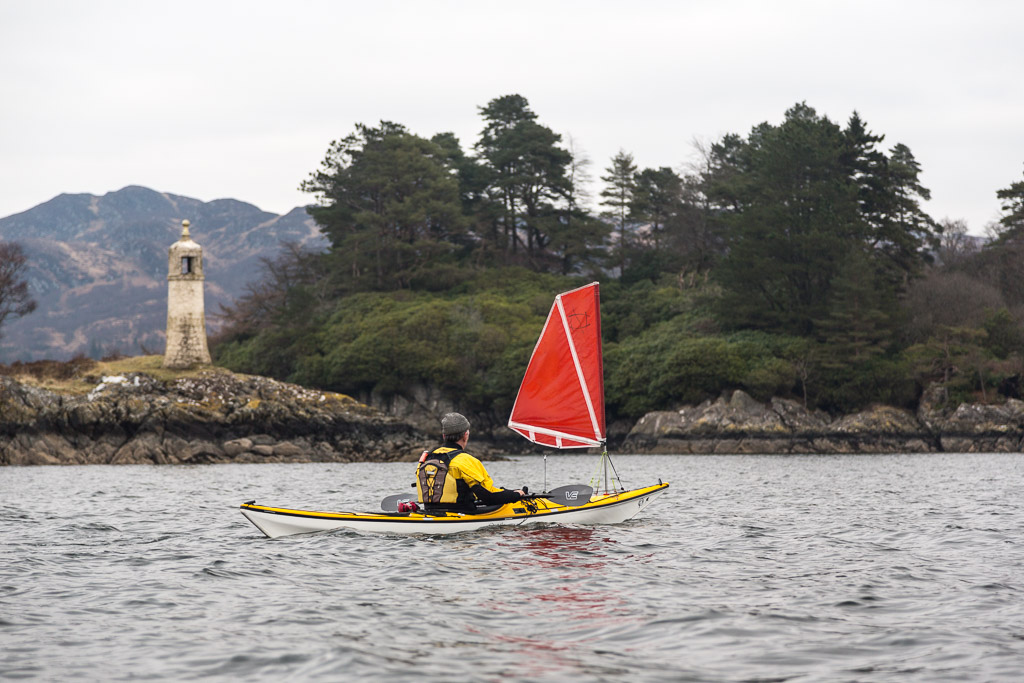 The small lighthouse which stands at the south entrance originally had a simple oil lamp... 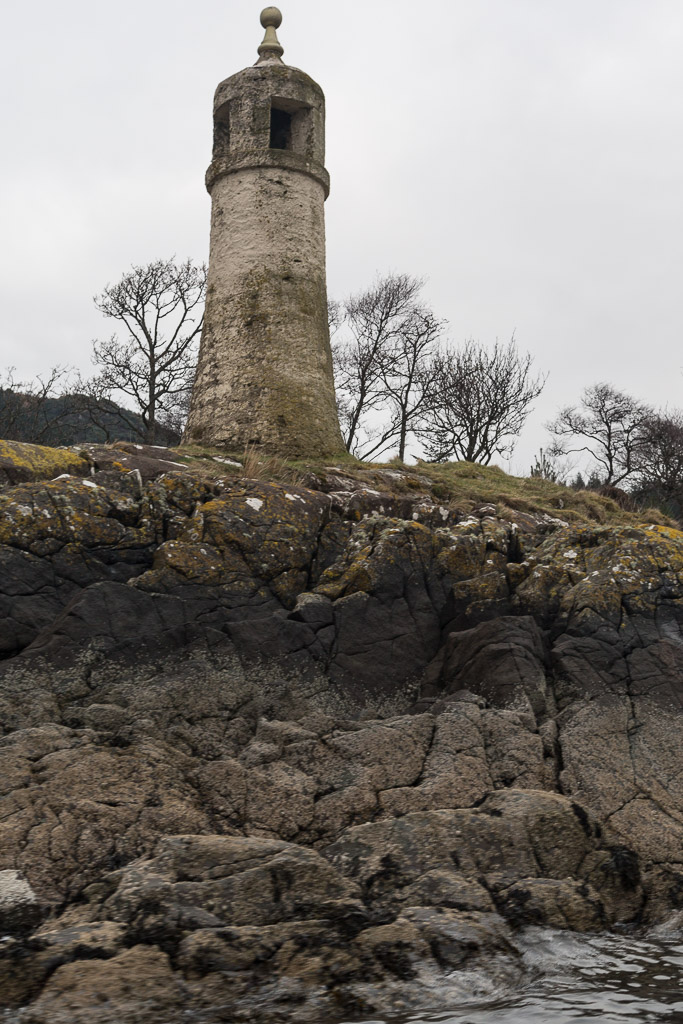 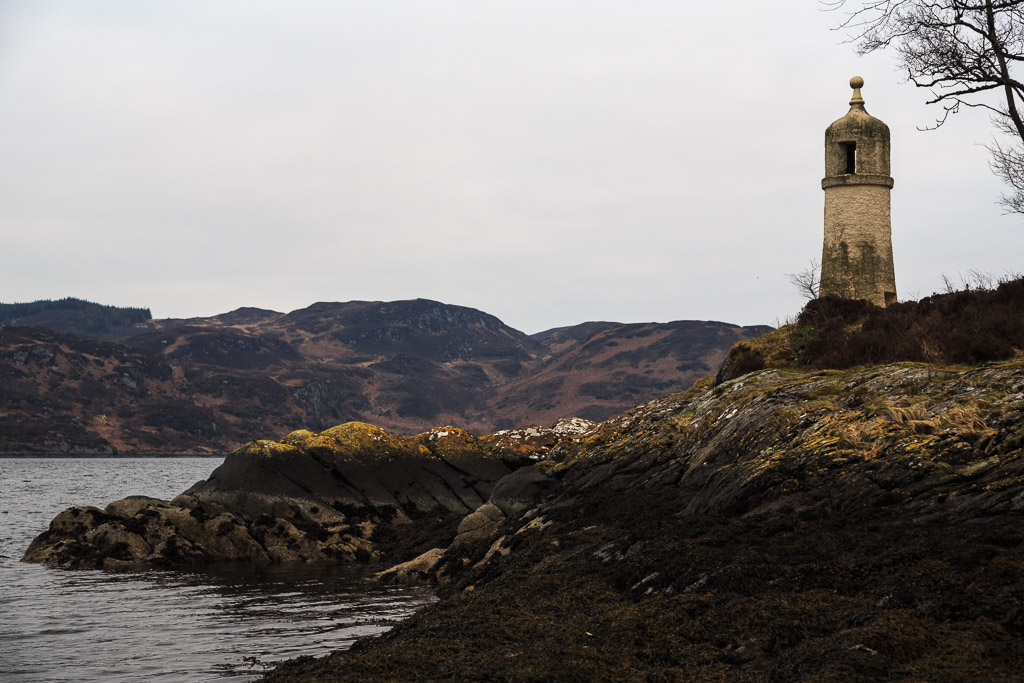 We swung round the small headland below the lighthouse and entered the harbour. Almost immediately... 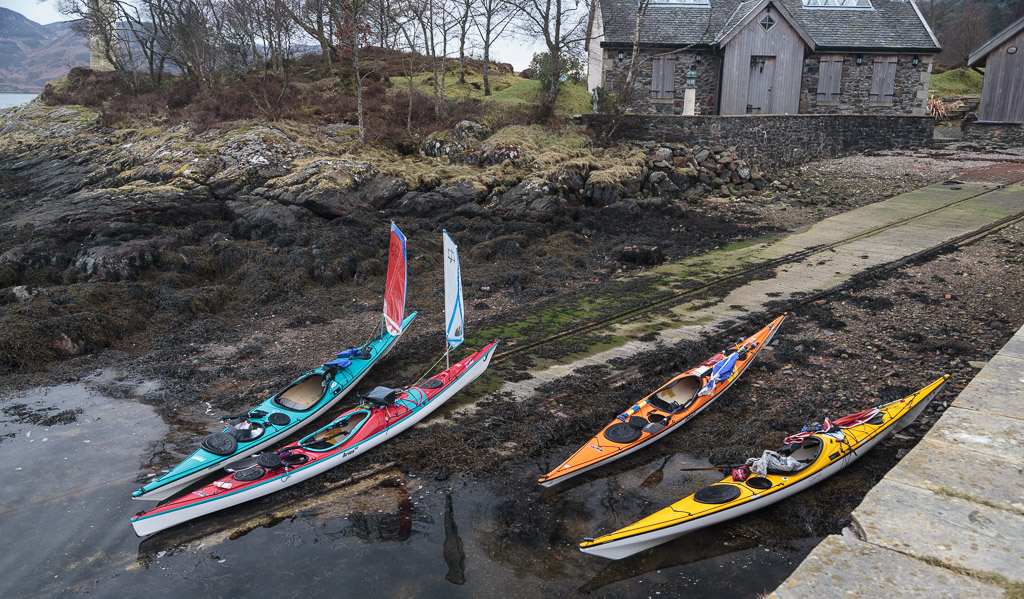 ...we arrived at the slipway and what was the lighthouse keeper's cottage. It has been completely rebuilt and is now a holiday cottage. One of the occupants of the original cottage was inspiration to author Neil Munro for the character Para Handy who was the skipper of the Vital Spark, a Clyde puffer that plied these waters in the 1930s. The much loved BBC series "The Vital Spark" used the harbour for filming many location scenes. A century ago Caladh Estate had no road and so supplies had to come in by sea and puffers would have been frequent visitors to the harbour. Many people know the Lighthouse Cottage as Para Handy's House.

In 1868 Caladh Estate was bought by George Stephenson, who was a nephew of the railway pioneer George "Rocket" Stephenson. He built the estate's big house, Glen Caladh Castle. The estate was in the hands of the Clark family (of Clarks Shoes) for much of the 20th century. In WW2 the estate was requisitioned and renamed as HMS James Cook. It was used for navigational training of the many officers required to command landing craft and Xcraft (miniature submarines) for the D Day invasion of Europe. The castle was demolished in the 1960's. 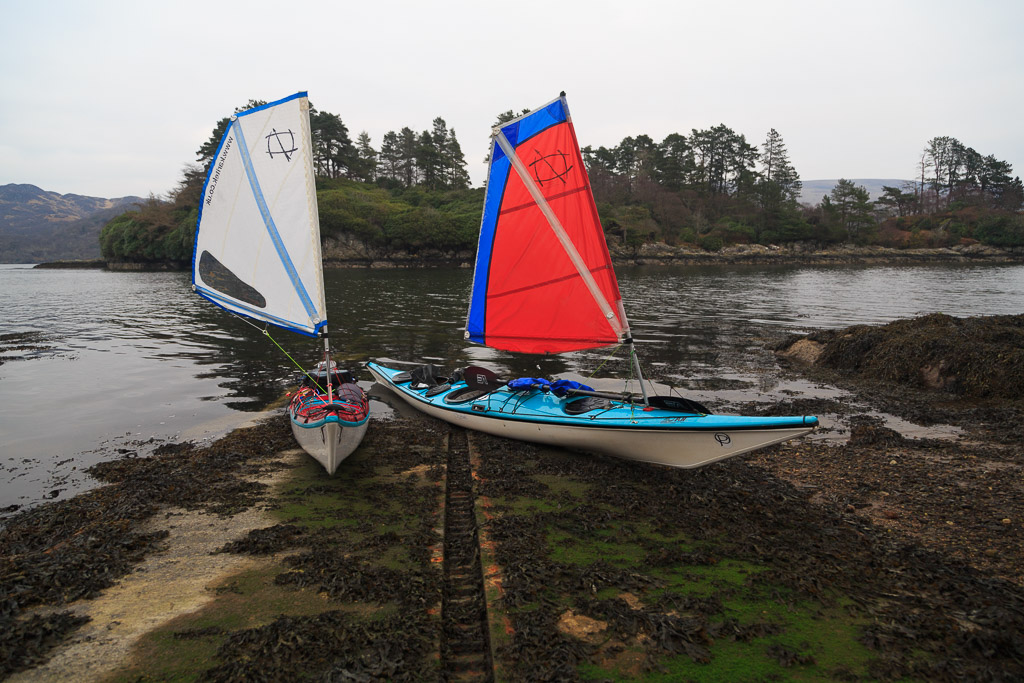 The slipway still has an iron ratchet system which would have prevented boats on a trolley slipping back into the sea. 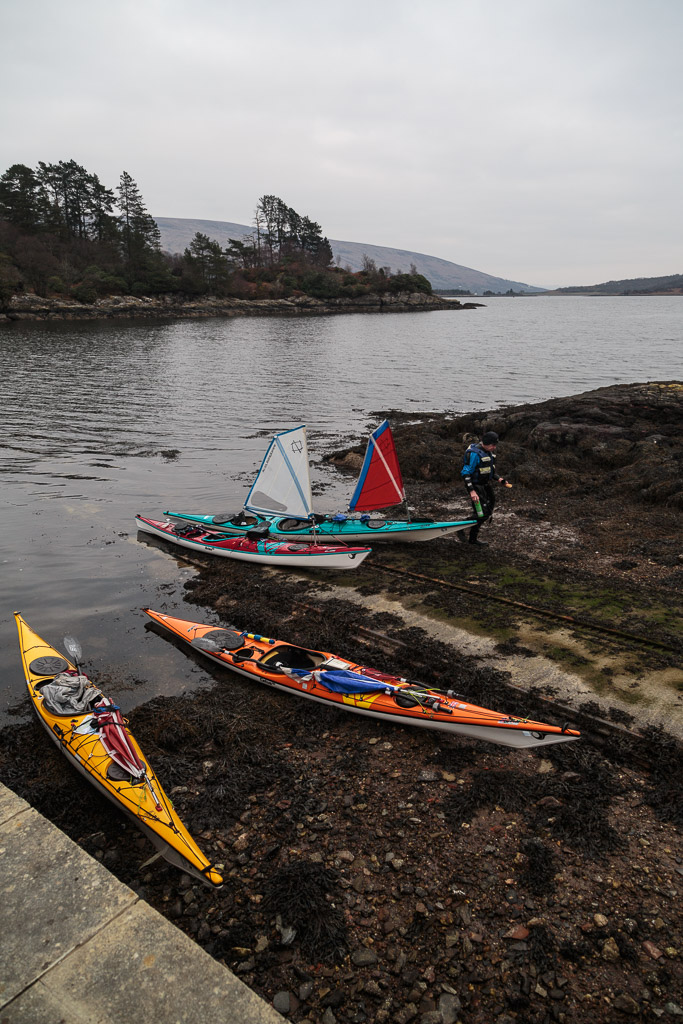 We climbed up to the harbour wall where... 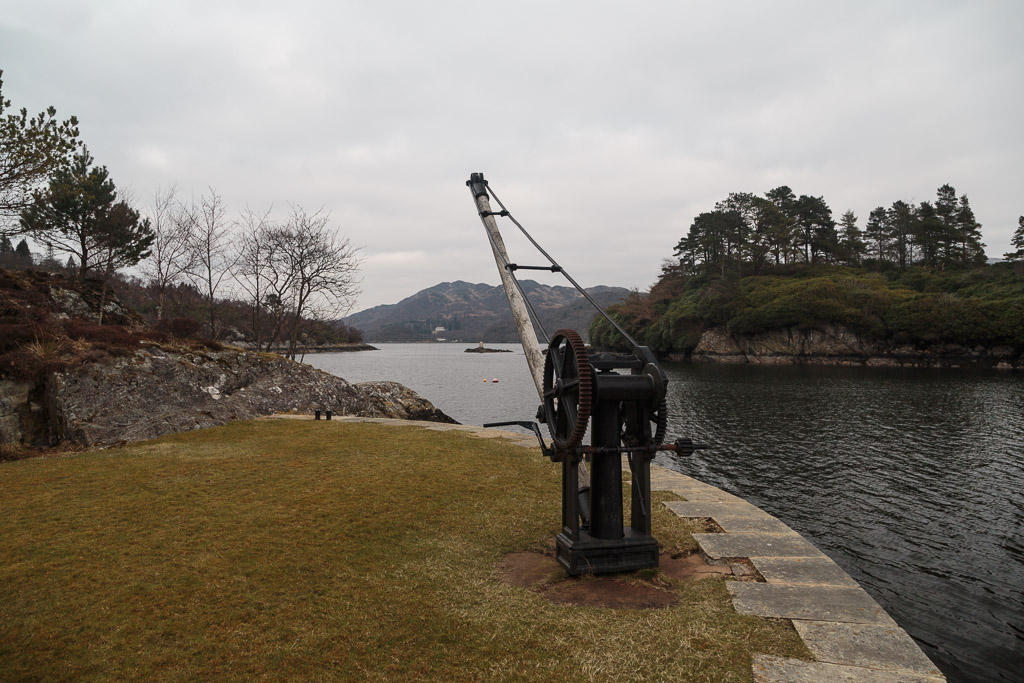 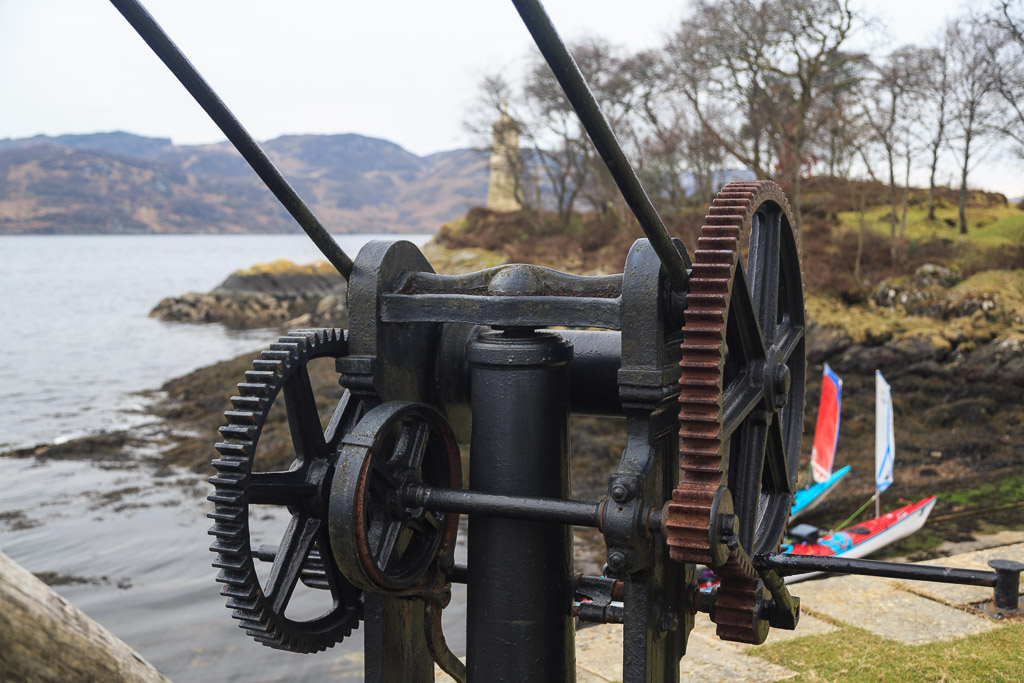 ...is still in remarkably good condition. 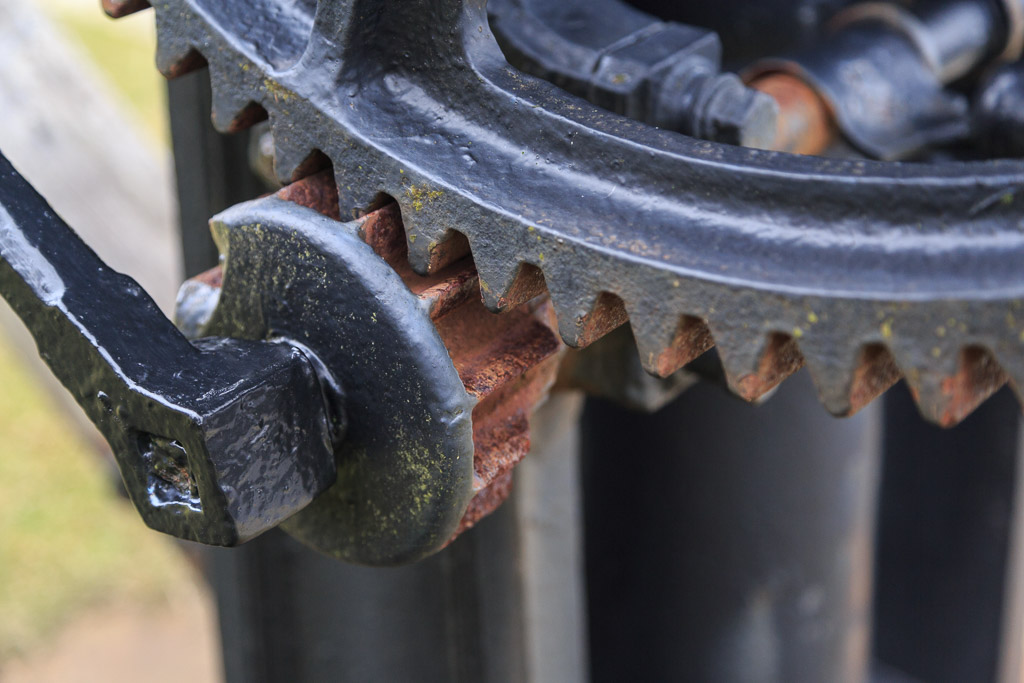 Just a wee touch oil and it should be ready to go! 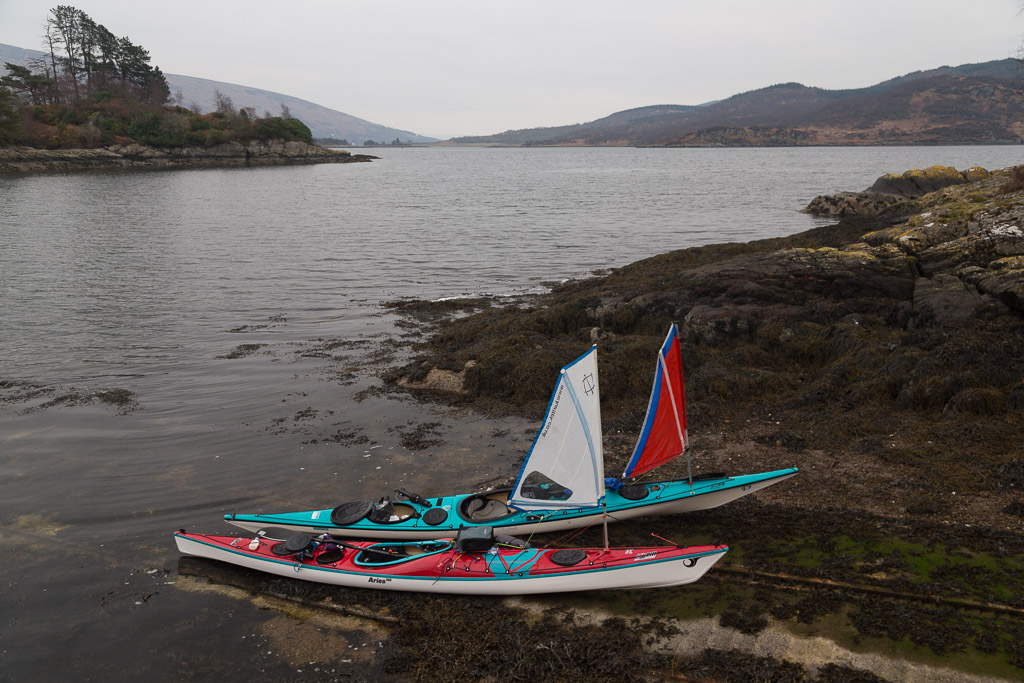 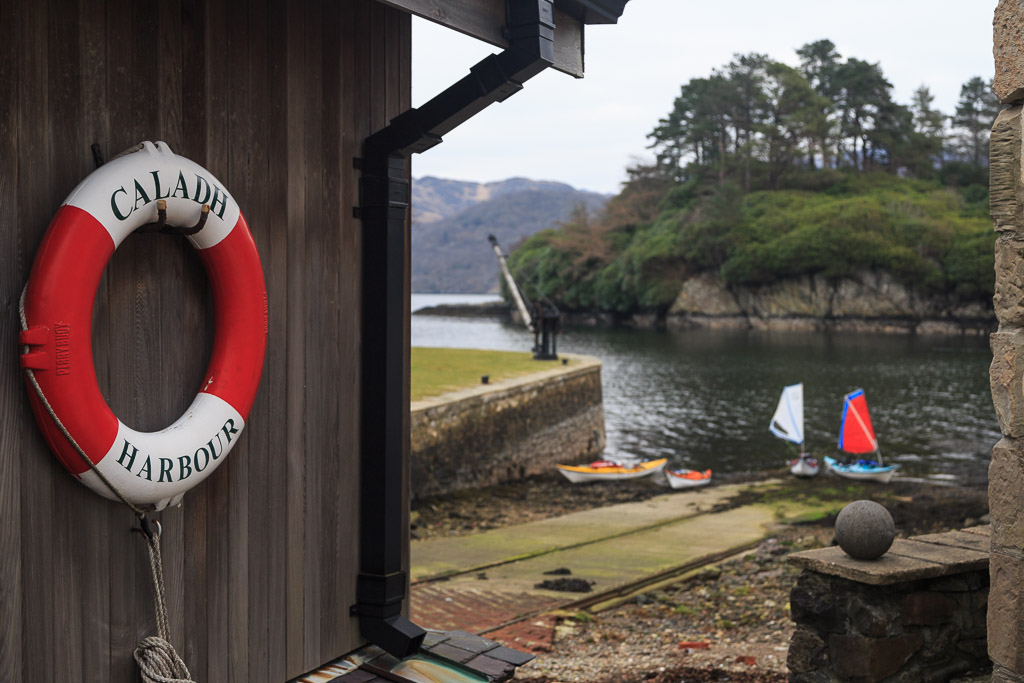 The old boathouse has also been renovated and converted into another holiday home. 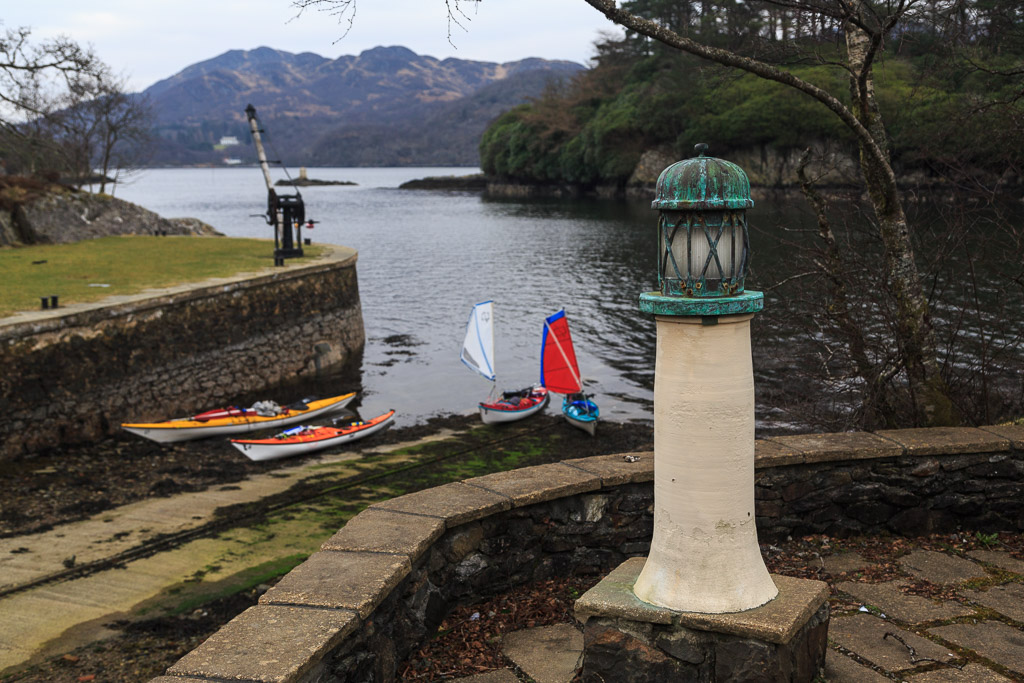 I first landed here from a yacht in the early 1970's. At that time things were pretty derelict. 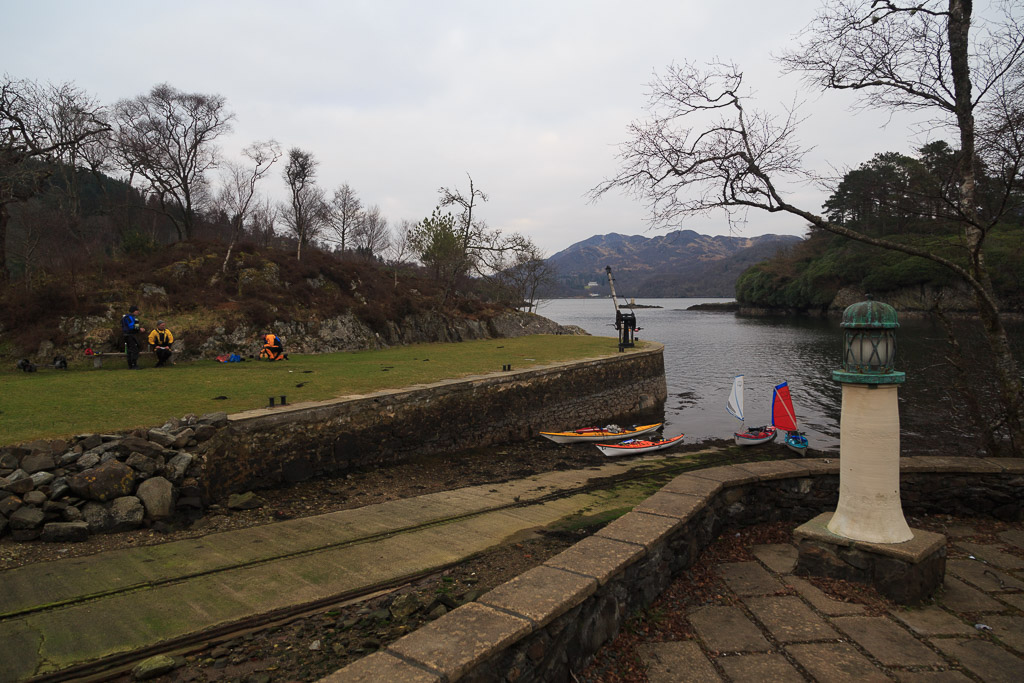 It is nice to see how things have been very nicely restored. I would not stop here in the summer when the holiday homes are in use and obviously we left no trace of our visit.

Posted by Douglas Wilcox at 1:04 pm No comments: