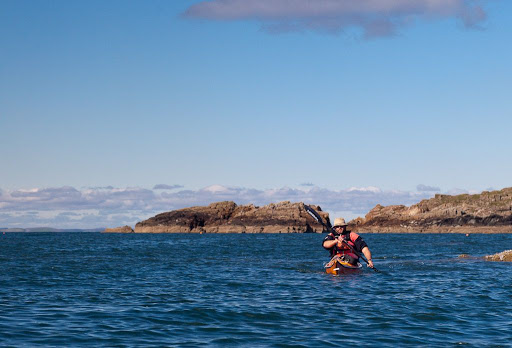 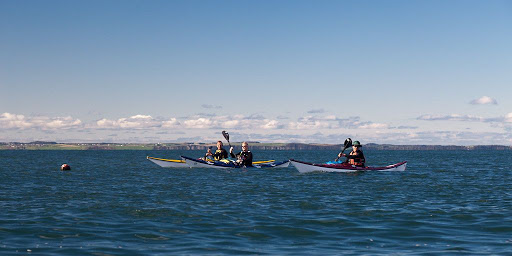 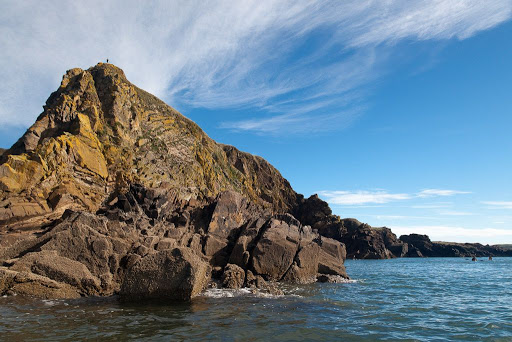 paddled from Fleet Bay, a National Scenic Area to Kirkudbright and back. Our route took us along the wild and unspoiled NE shore of Wigtown Bay. 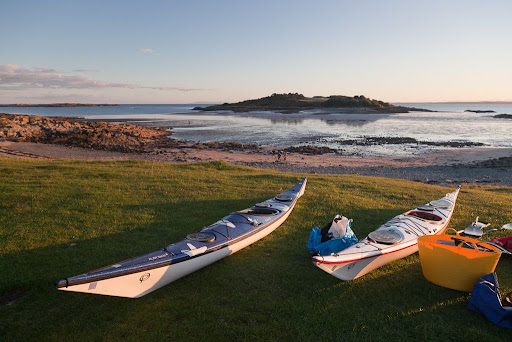 At the end of our paddle we looked out from Carrick shore to Barlocco Isle, the Solway Firth
, the distant Isle of Man, Ardwall Isle in the foreground and low lying Burrow Head. The beauty of this unspoiled view is threatened by a massive "offshore" wind farm development.

The closest of the 90 turbines will only be 4.5km offshore. and will be seen from all round Wigtown Bay as in this view from Kirkandrews Bay taken from this document on the Keep Wigtown Bay Natural site. 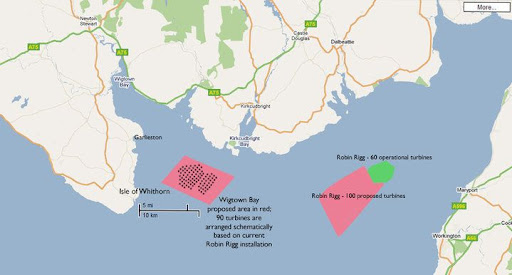 As you can see, the proposed wind farm is not offshore at all, it is placed right in the middle of the mouth of the bay.

Apparently the site was not chosen by the Government or any planning agency: "DONG Energy, Denmark, applied for the concession rights for Wigtown Bay via an Open Water approach, where the developer has itself made a screening to find an attractive site to establish an offshore wind turbine farm."

I agree with Dong it is an attractive site but I think it will remain much more attractive without their presence.

Basically I quite like wind farms, I live next to the biggest onshore wind farm in Europe at Whitelee to the SE of Glasgow. It is in a great place, not very scenic, and right next to where the electricity will be used.

Wigtown Bay is quite different. It is "offshore" from a designated National Scenic Area and according to the Scotland on Sunday newspaper at the weekend, tourism is now Scotland's biggest industry and it is very important to the economy of Galloway in SW Scotland.

The construction work will be based out of the port of Workington in England, the electricity will not be used in Galloway and the cable will go directly to the south. Finally, the manufacture will take place in Denmark, so I think there is not going to be much benefit to Galloway.

Not only will it spoil the beauty of the area but it will be a hazard to navigation of fishing boats and yachts operating out of Kirkudbright Harbour. I have sailed and windsurfed in upper Wigtown Bay since 1968. I have always enjoyed the steady S to SW winds. Goodness knows what the wind will be like, downwind from this farm.

I know everyone will have differing views about windfarms but I was happy to sign the petion against the development here.

See what you think. Why not switch your TV and computer off at the wall tonight and join me? You do not need to be a Wigtown Bay resident to sign. 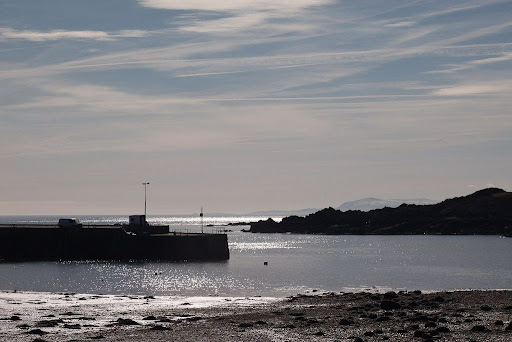 Isle of Whithorn harbour nestles on the west side of Wigtown Bay.

Marcus Demuth recently paddled his sea kayak right round Great Britain. He stopped at Isle of Whithorn on the west side of Wigtown Bay where he appreciated the scenery and people as special. When a visitor from the USA picks out Wigtown Bay from the whole UK coastline that tells us that we do indeed have something that is worth preserving and also highlights its importance to the tourism industry in an area that has relatively few employment opportunities. Thanks for your support Marcus. 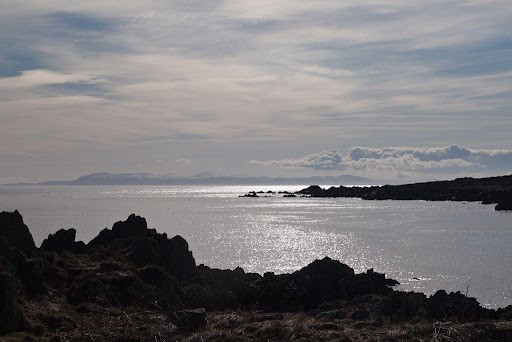 From the mouth of the harbour, the Isle of Man lies over the Irish sea. 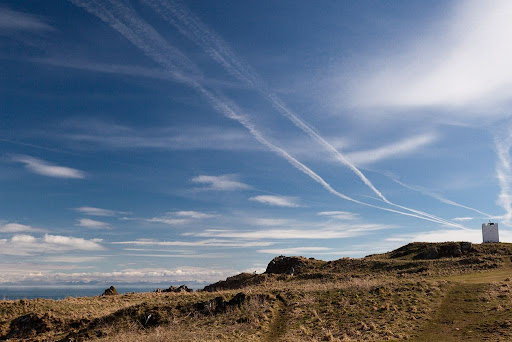 Although the "Isle" was once indeed an island, it is now connected to the mainland by a causeway. The Cairn is a square white tower which served as a navigation beacon for hundreds of years as the narrow mouth to the harbour is not easy to see from the sea. 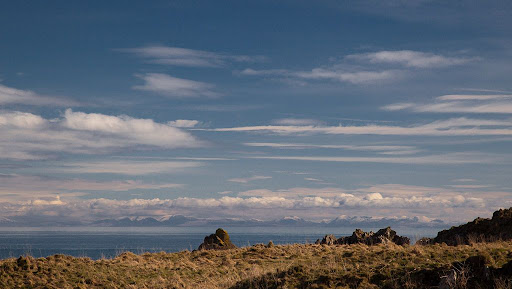 From the Cairn, you can look over the mouth of Wigtown Bay and the Solway Firth to the hills of the English Lake District. It is a view which is pretty much unchanged since St Ninian brought Christianity to Scotland in AD 397. If this wind farm goes ahead, a forest of 90 turbines covering 52 square kilometers will blot out the horizon.
Posted by Douglas Wilcox at 8:27 am 5 comments: