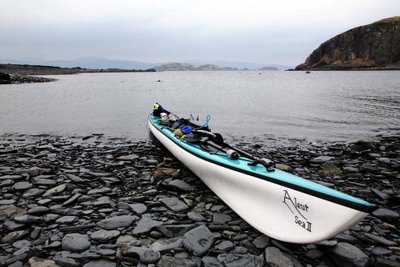 We took the Aleut Sea II out to the small island of Easdale that lies off the west coast of Argyll's Island of Seil. We landed on a beach of dark grey slates. 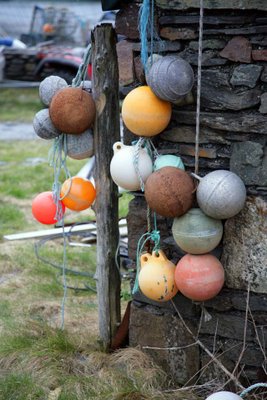 These buoys adorned a building of slate. 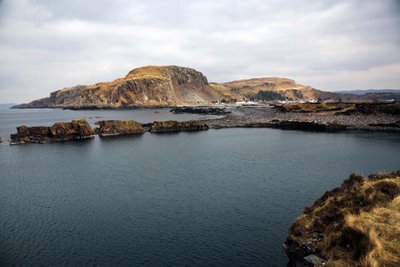 Climbing to the top of the island, we saw the great flooded slate quarries that have hollowed out this island's heart. The photo shows the breaches in the quarry wall that a tidal wave made during the great storm of 1881. At low tide the walls are still complete and locals try and catch the fish that have been trapped inside. The quarries go down to 80m below sea level. At their peak of production, in the 1860s, Easdale slates were exported to, Australia, New Zealand, the Caribbean, the United States, Nova Scotia, Newfoundland and Labrador. 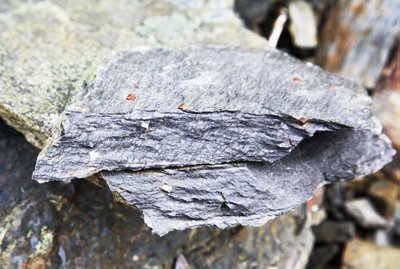 Easdale slate is very fine grained but it contains little cubes of iron pyrites or "fool's gold". If you break the slate open the crystals shine brightly but they soon rust when exposed to the air. If you live in one of the above countries and you come across a building with a slate roof have a look and see if the slates came from the little island of Easdale.

After the collapse of their industry, the miners and their families followed their slates to Australia, New Zealand........ They carried the names of their families and villages with them.
Posted by Douglas Wilcox at 9:56 pm No comments: