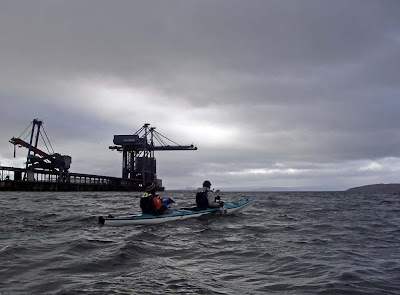 The coastal forecast for the Clyde on Saturday past was "Wind speed F4-5 Wind direction - SW Max gust in knots - 27". It was perfect for a little jaunt from Fairlie over to the Great Cumbrae Island. David and Phil were paddling HMS Dreadnought, so no worries there then! We were soon making our way out past the Hunterston ore terminal, which is one of the major European ports for the import of coal. It can accommodate the largest cape sized vessels and transfer their cargo to smaller vessels for distribution to other European ports. 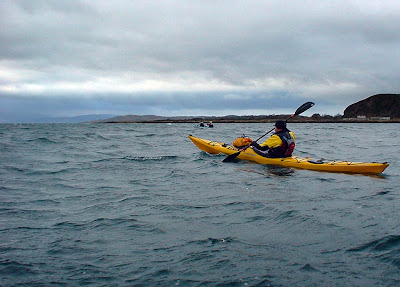 Alan had contacted us the night before and asked if he could come along. He said he fancied getting some experience in rougher conditions. At first we were in the lee of the Cumbrae and all was flat. 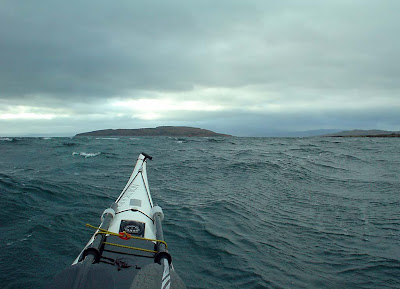 Many people don't realize that there are tide races in the Clyde but there are and in wind against tide conditions the off the corners of the Cumbrae, it can get a little lumpy. We found ourselves approaching Farland Point as the ebb tide was running at its maximum against the freshening SW wind. 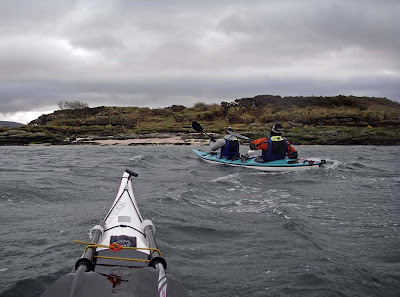 Alan enjoyed the lumpiness but when we rounded the point and headed into Millport Bay he began to have trouble with weathercocking with the wind on his beam. We decided to take a break on the Eileans. 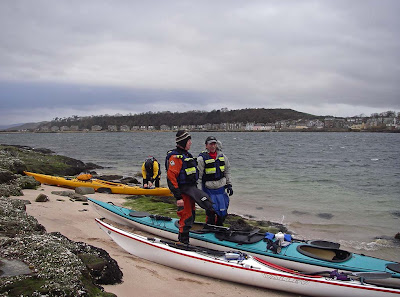 What a great spot for an early lunch. It turned out the Alan's skeg had jammed up, so he freed it off and I advised him to put his bulky deck bag into a hatch. We would have a strong beam wind round the next point. 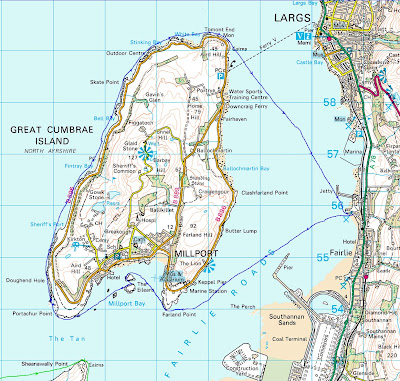