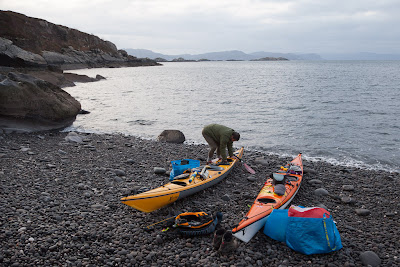 On the third and last day of our trip we rose before dawn and had the kayaks ready by first light. We removed several plastic and glass bottles, a number of dead batteries and a bag of ash from the bothy. The wind had been strong during the night but had been flat calm in the pre-dawn light. As we launched, the breeze had already picked up and out beyond the headland, dark squalls were already appearing on the surface of the sea. 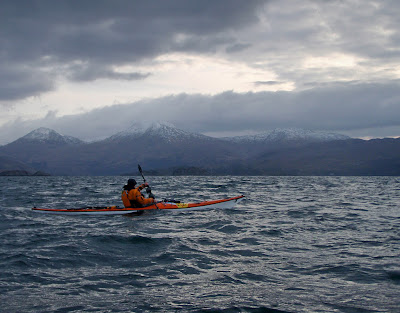 Unfortunately my fingers were so cold that I broke the zip on my waterproof camera bag so I had to put my camera inside the kayak. When we got out beyond the headland the water was a bit lively for taking photographs anyway. However, by the time we were two thirds of the way across, we began to enter the wind shadow of the land and Ian took this atmospheric photo. 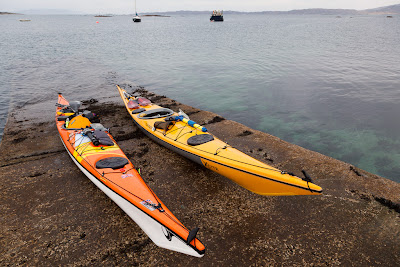 It was still early and bitterly cold when we landed on the jetty. As we pulled the kayaks... 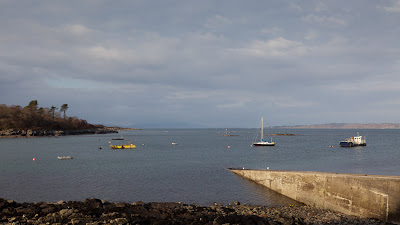 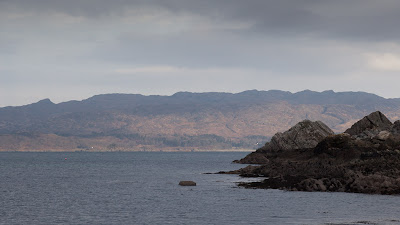 ...we looked wistfully back over the sea, to the distant land of the bothy. Our time there had been too short and now it seems like a Dreamtime. 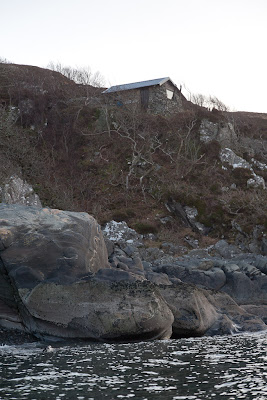 If you know where this bothy is, keep smugly quiet. If you don't know, look forward to discovering it for yourself one day! Or in the spirit of the bothy's owner's wishes, Ian or I might even take you there! 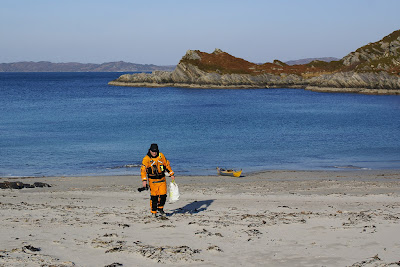 Ian's photo caught me limping up this beach. My knees were particularly painful on this trip, perhaps due to the cold weather. I would like to say thank you to Ian for his consideration in helping me launch and land and especially for carrying my gear up and down from the bothy.