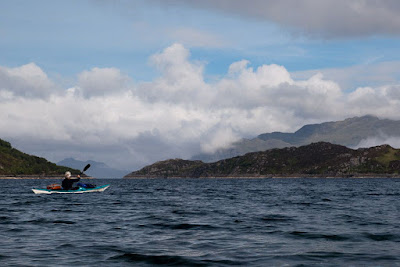 A little breeze soon cleared the mist from Loch Drumbuie as we headed off on the third and final day of our circumnavigation of Morvern. 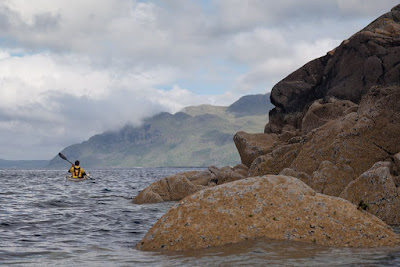 We left Loch Drumbuie by its west entrance as it was still low water and the shallow eastern entrance was still dry.

We were now on a mini circumnavigation of the tidal island Oronsay which divides Loch Drumbuie from Loch Sunart. There are several Oronsays scattered round Scotland. In Old Norse it means tidal island. 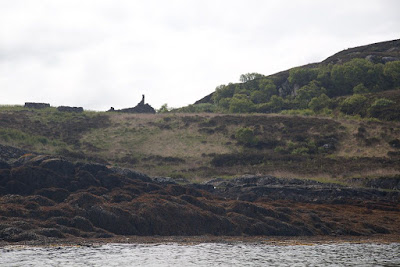 We entered an inlet on the north side of Oronsay. Although Oronsay is now uninhabited, the shells of long abandoned cottages looked down on us from  a high ridge. 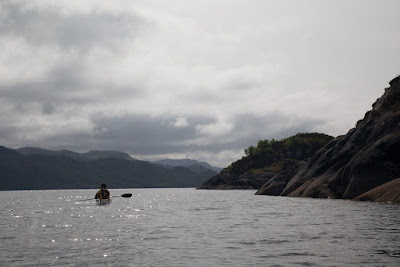 Back in Loch Sunart, the ice sculpted rocks of the north coast of Oronsay fall steeply into the sea. A rumble of engines behind.... 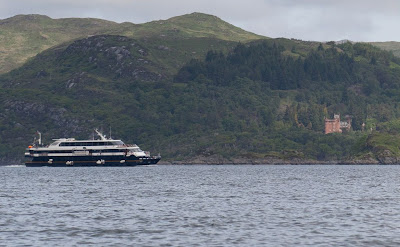 ...warned us of the approach of the cruise ship MV Lord of the Glens. Tobermory had clearly not detained her passengers for long and now they were going to do Loch Sunart including Glen Borrowdale Castle. Borrowdale was a Viking who settled here and built a castle to protect his new lands. The current castle was built in 1902 by Charles Rudd, a diamond mine owner. Reputedly, before he died, he buried  a large diamond somewhere in the grounds !

We had now completed our circumnavigation of Oronsay and entered... 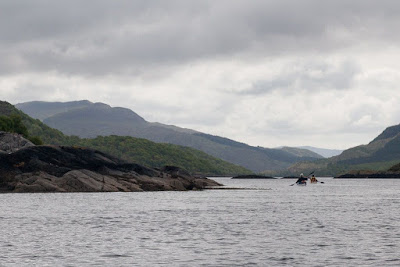 ...the narrow channel between Carna and the Morvern mainland. This led us through into a beautiful hidden loch, Loch Teacuis, which bites deep into the Morvern peninsula. 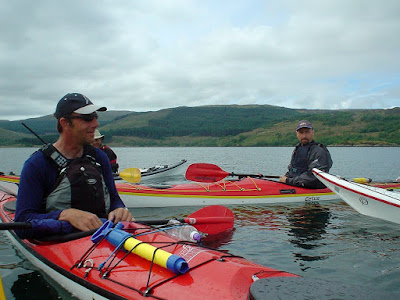 We were delighted to meet members of the Inverness Canoe Club, who were out on a day paddle from the Resipole camp site on the shore of Loch Sunart.
Posted by Douglas Wilcox at 9:14 pm No comments: