A slip under the watchful eye of Mina. 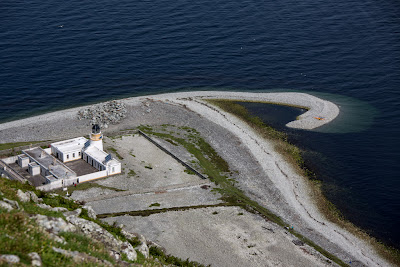 As we started our steep descent of Ailsa Craig... 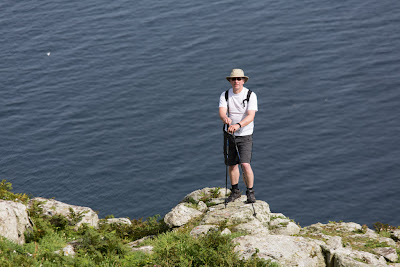 ...I was glad that Mike and I had brought walking poles. 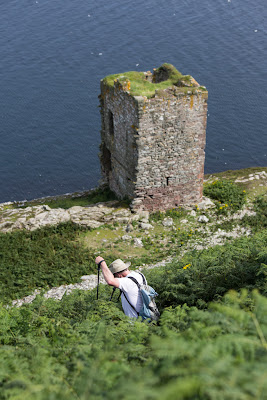 Mike soon forged ahead and arrived at... 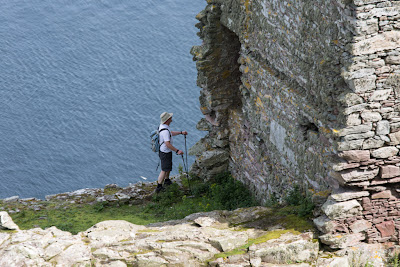 ...the castle before Phil and I. Unfortunately my left knee dislocated twice on the way down and I had two heavy falls, which hurt my hips. However, it was marvellous to be able to be out in this wonderful place. I could have stayed home and watched telly. 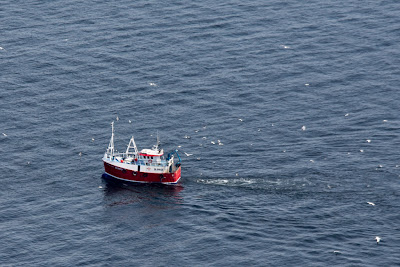 As we descended the fishing fleet were trawling round and round the Craig. This is Golden Ray, B963. She is registered in Belfast but her home port is Portavogie. 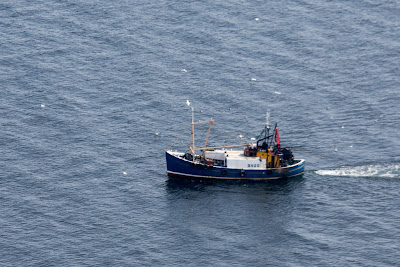 This is Ambitious, B420. She is registered in Belfast but her home port is Portavogie. 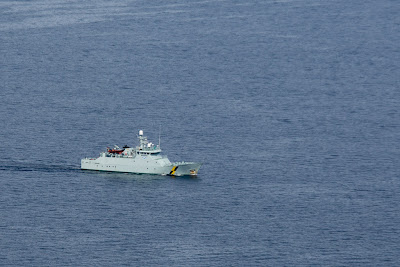 Keeping a watchful eye on all this fishing activity was MPV Minna. She was built at Ferguson's Shipyard Port Glasgow and was launched in 2003. She is 42 metres in length and has a gross tonnage of 781. She has a crew of 15, a top speed of 14 knots and is used mainly for inshore fishery enforcement tasks.
Posted by Douglas Wilcox at 9:07 pm No comments: