Last swim at the end of the Solway summer. 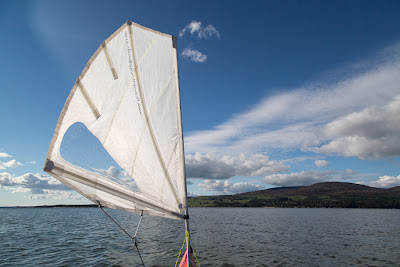 From Knockbrex we paddled upwind to Craigmore Point, which allowed us to hoist  sails and... 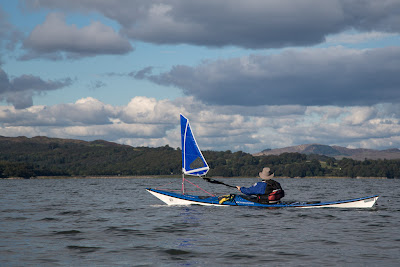 ...close reach back to our start point on the far side of Fleet Bay. 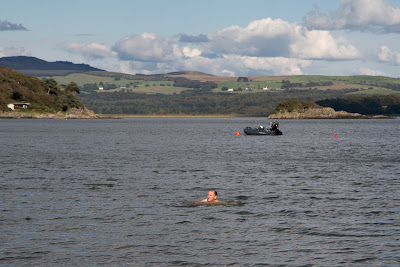 There was time for a quick swim before barbecue time. I have been swimming each day since the end of July and the water temperature has been 16 degrees C for most of September. At 16 degrees I can stay in for about 40 minutes (this was 21/9/2012) but since then the sea temperature has dropped to 14 degrees and I just managed a couple of minutes before I just had to get out as the cold gripped me. I was surprised that "only" 2 degrees C made so much difference. This is of direct relevance to sea kayaking as if you now fall in (and are not suitably dressed) you will be quickly paralysed by the cold. The north and east coasts of Scotland are even colder. 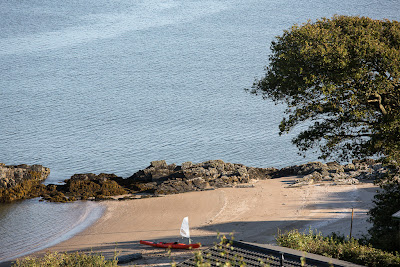 As the evening shadows lengthened... 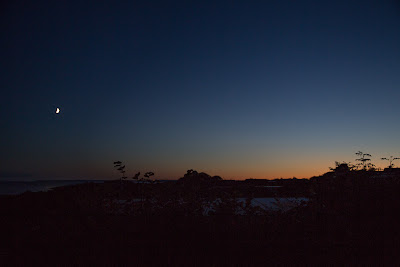 ...and the moon rose after sunset, it seemed summer would last forever. Sadly the deepest low pressure system to hit the UK in September was about to arrive. Three days later we had 29mm of rain in 24 hours and strong winds have blown ever since. 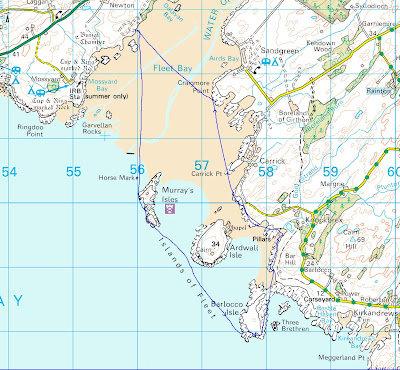 Another fine paddle in Fleet Bay.
Posted by Douglas Wilcox at 2:37 pm 2 comments: