Eking out a living and doing their pan in, on the north shore. 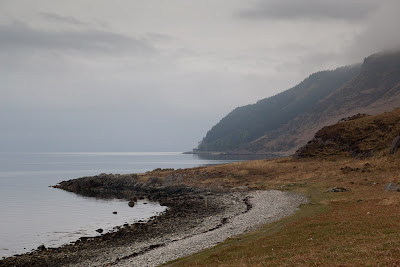 The day dawned misty but still on the north shore of Arran. 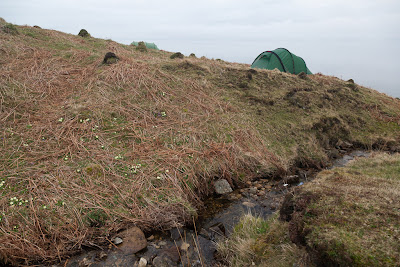 We had camped on the hillside above the beach. The banks of this stream were bursting with primroses. 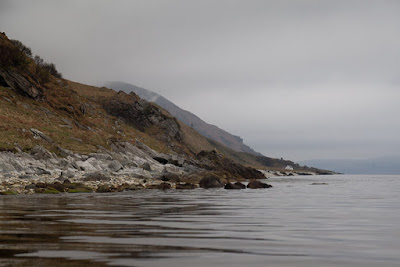 We soon broke camp and proceeded along the wild coast. On the north facing slopes above us, we could just make out runrigs, a sign of ancient cultivation. 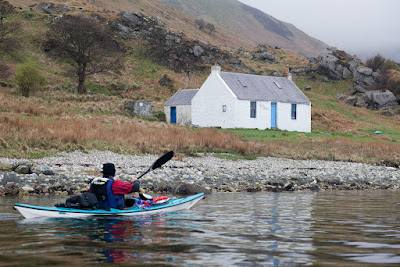 We came to Laggan Cottage which is a locked bothy belonging to the North Arran estate. 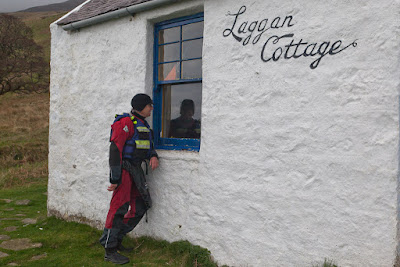 It is well equipped and David looked wistfully at the comfortable bunk beds within. A night on a leaky air bed had not been so comfortable. 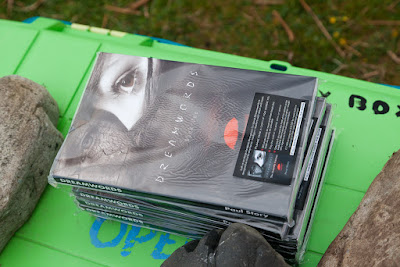 Paul Story, an author, has left multiple copies of his book Dreamwords by the path to the cottage. If enough people pay by internet, he will write the second volume! 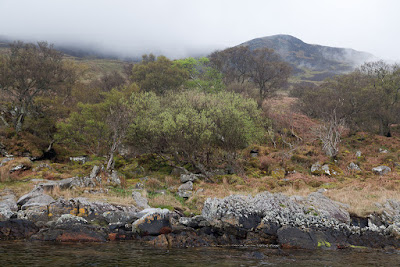 We continued along the edge of this wild land. The first signs of spring were just emerging. 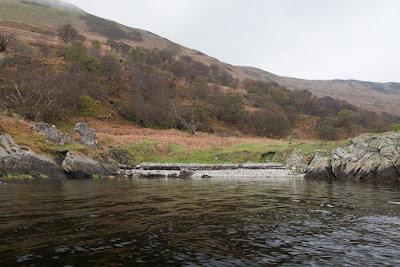 We passed ruins of the long abandoned settlement of Cock. Flat land on the raised beach was so precious for growing things... 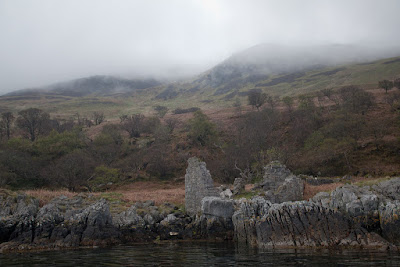 ...that the 18th century buildings had been built on the rocks above the high water mark. There were salt pans here and you might wonder how the water evaporated on such a sunless north shore. However, there was a small seam of coal here and the coal was burned to make the salt. There are remains of pits and shafts above the shore.

It must have been a hard life.
Posted by Douglas Wilcox at 11:56 am 2 comments: