The power of the sea. 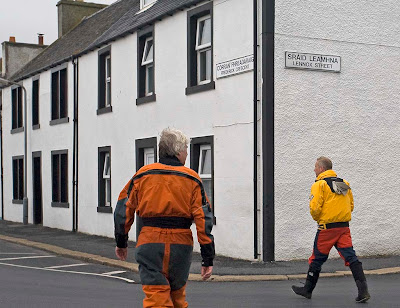 We went off in exploration of the neat quiet streets of Port Ellen on Islay on a quest for essential supplies. We found the local Co-op store to be well stocked with portable Guinness dispensers. 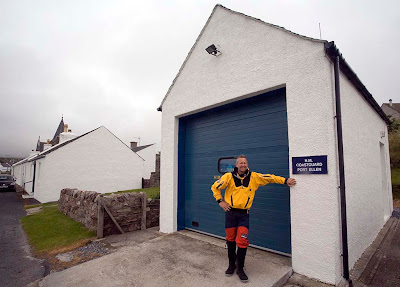 On the way to the kayaks we stopped by the local coastguard station to pay our respects. 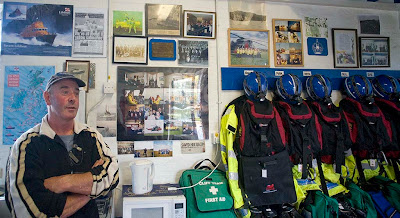 Inside we met Harold Hastie, a local boatman, who is one of the volunteer coastguards. It was his red boat we had seen rolling about in the tide race off the Mull of Oa the previous day. He was returning from inspecting a wave machine, which is situated on the far side of the Rhinns of Islay. He thought we were quite sensible to have turned back. "It was a wee bit bumpy out there yesterday and the forecast for the next few days is not good." 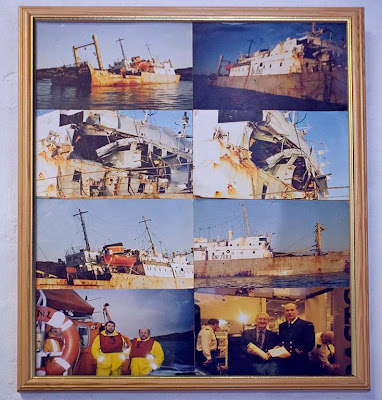 Behind Harold, amongst several photos of rescues, I noticed a boat I recognised. "Is that the Kartli?" I asked. 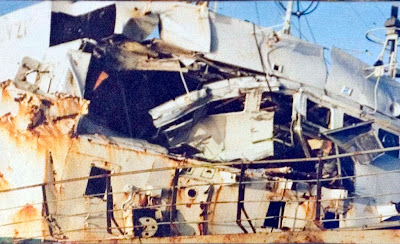 "Yes it is, in 1991 she was rounding the Rhinns of Islay, wind against tide, when a huge wave smashed into her and opened up her bridge like a sardine can. Four of her crew were killed and 15 were seriously injured. The water poured in flooding her engine room and generator. With no power or steerage, she was just rolling helplessly at the mercy of the wind and seas. Five helicopters were involved in rescuing about 50 of her surviving crew." 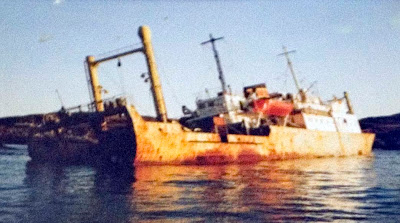 This was the final resting place of the Kartli on the west coast of Gigha. 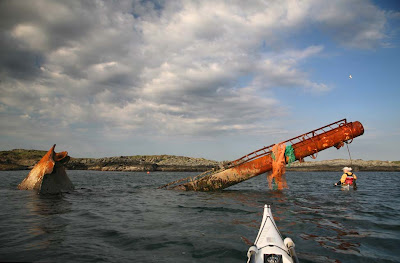 Today this is all of the Kartli that remains.

Quite humbled by the power of the sea, we thanked Harold.

Our exploration of Islay continued, we were now on the look out for any distilleries which we might just come across.