Off for the day to Ballantrae 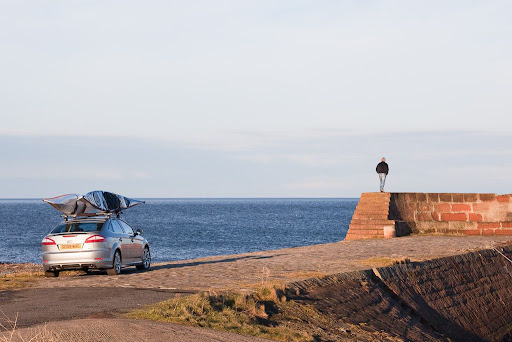 On a Sunny February morning we went off for the day to Ballantrae. The name has Gaelic origins from Baile an Traigh, the village of the beach. It does have a very big beach. However, this name only dates back to 1617. Prior to that it was called Kirkcudbright Innertig. Apparently the Laird of Bargany who rebuilt the ancient Kirk of St Cuthbert at the mouth of the River Tig had a penchant for the Gaelic! 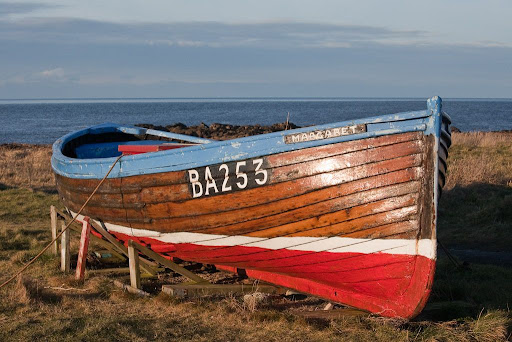 Behind the harbour you will find the Ballantrae registered (BA253) fishing boat Margaret. She was built in 1949 and is 6.55m long. She was still a registered and licenced fishing vessel until at least 2004 but any time I have visited Ballantrae recently, she has been well maintained but high and dry. As of February 2010 she is not registered. 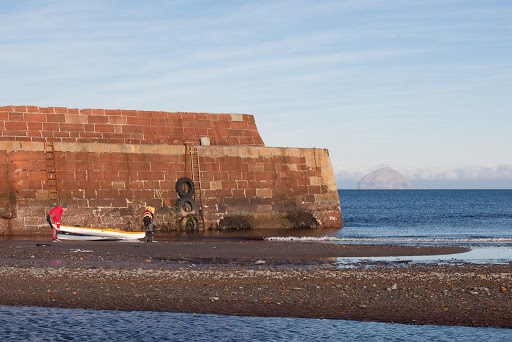 The steep beach to the south of the harbour, where we have previously launched, is renowned for dumping surf. We chose instead the shelter of the harbour wall. Ballantrae is the most southerly village in Ayrshire and at one time its harbour would have been full of vessels fishing the offshore Ballantrae Banks for the herring which arrived in huge numbers every winter to spawn. Due to overfishing, the herring just about died out by the start of the 20th century. Nowadays BA registered boats are more likely to be based in Troon or Kirkcudbright harbours and be fishing for prawns or scallops. 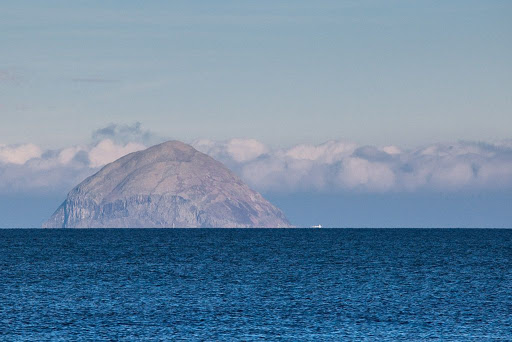 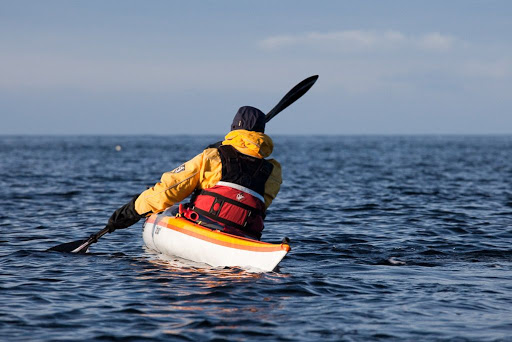 But we were headed south to Ayrshire's wild Atlantic coast... 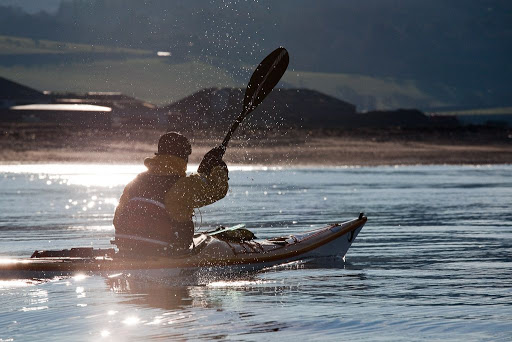 ...and Tony wasted no time in putting the P&H Cetus LV through its paces on the way.
Posted by Douglas Wilcox at 5:03 pm 2 comments: