Slack water in the Sound of Jura. 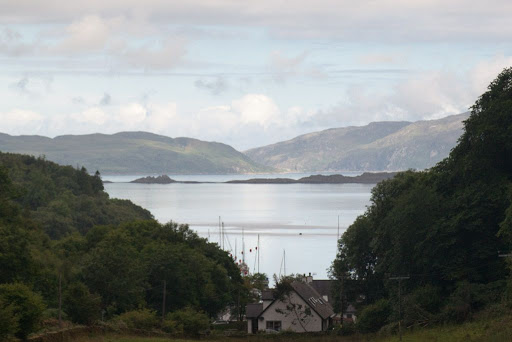 We left Glasgow at 07:00 and it was 09:10 when we finally drove down to the slipway in the little village of Crinan in Argyll. Across the Sound of Jura, the horizon was blocked by Jura to the south and Scarba to the north. Hidden between them lies the great Gulf of Corryvreckan through which surge some of the most powerful tides on Earth. 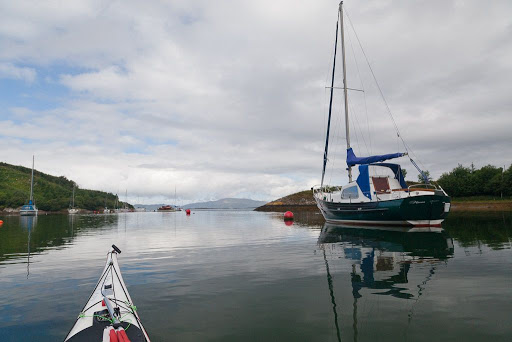 All was calm as we left Crinan on the last of the ebb tide. 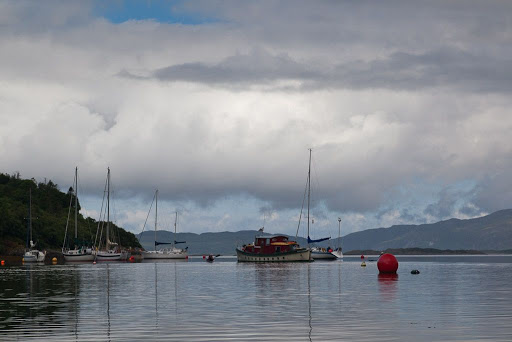 There was no wind to ripple the water and the reflections of yacht's masts lay straight on the calm surface of Crinan's natural harbour. 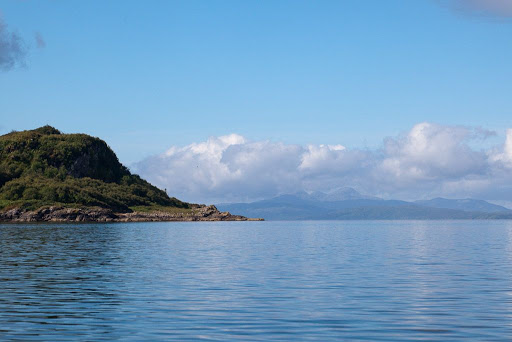 We past Ardnoe Point and entered the Sound of Jura, backed by that island's eponymous Paps. 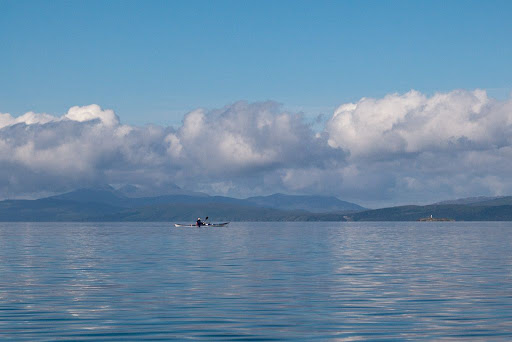 It was now slack water and the transit between the distant light of Ruadh Sgeir and Jura behind did not change. However in the upper Sound of Jura, slack never lasts very long!
Posted by Douglas Wilcox at 5:23 pm No comments: